The Future of Software for AEC? Autodesk's Direction Offers Some Clues

At an international media event, the company reveals insight and trends that are driving its product development.


"This is one of the biggest releases of products I think we've ever had." Those were the words of Jay Bhatt, Autodesk vice-president, AEC industry, about his division's 2011 product line introduced in late March. Speaking at a recent media event dubbed AEC Tech Day, Bhatt added, "People are really amazed at the amount of functionality we've added to these products." Product updates for the 2011 line focus on key issues of collaboration and information management for global workflows, design analysis and visualization, and sustainability for new projects as well as renovations and retrofits, he said.

During the event at the company's AEC headquarters in Waltham, Massachusetts, Autodesk managers walked members of the media through extensive updates throughout version 2011 products, including AutoCAD, Revit, Navisworks, Plant 3D, and Civil 3D.

Bhatt told me during a one-on-one interview that 35% to 40% of U.S. architects have adopted building information modeling (BIM), as have 10% of engineers and less than 10% of building contractors. Where is the greatest demand for BIM today? "The contractor has awakened," Bhatt said. Now the understanding of BIM value is better than ever before as BIM models represent design intent, offer constructability analysis, and help increase construction efficiency and reduce errors, he explained.

During the early days of building information modeling (BIM) technology, when people talked about the information, they usually were referring to data embedded in elements of the 3D model, such as windows, doors, and furniture — and the value of that information once it became widely available and used. Today, that "I" refers increasingly to collaboration and improved exchange of project information among all stakeholders, and that is the value that Autodesk sees and promotes for BIM going forward. "That information is becoming more and more critical to the [building] process," said Bhatt, and it's not just happening in AEC, but also in plant, infrastructure, and other industries.

Technology is one way people are dealing with the challenges of globalized workflows, Bhatt said. For many projects, BIM is required for capturing and delivering information whenever it's needed and in the form it is needed, "just in time." Software such as Autodesk Buzzsaw supports this information coordination across the chain, Bhatt said. "BIM is about the process change that stems from the technology."

Autodesk is seeing a sea change toward a focus on environmental concerns, including reduced carbon emissions and energy consumption, for which buildings are greatly responsible — especially as legal mandates increase in Europe, China, and the United States. Customers are using technology to capture existing conditions during building retrofits and to better manage sustainable design efforts during redesign. Sustainability concepts are "informing Autodesk's product development," Bhatt said.

"Cloud computing is a new way to purchase, deploy, and ultimately apply technology," said Jim Lynch, vice-president, Building Product Line Group. It takes compute-intensive applications off the desktop and onto Internet-based servers where users can better tap their potential. Autodesk Green Building Studio is a commercially available cloud-based application, as is the Buzzsaw data management solution, and several new cloud-based applications are showcased on the Autodesk Labs technology preview site. "Make no mistake — cloud-based computing applications are real," said Lynch. "We want to make sure our customers are there first."

Speaking of clouds, the AEC market is increasingly using 3D scanning technology to capture data point clouds that represent existing structures, then importing that data to AutoCAD and Revit as a basis for modeling renovations and retrofit projects, Lynch told the media. "In the future, you will see feature recognition of walls, ductwork, etc., saving huge amounts of time."

Autodesk's Sketchbook Mobile for the iPhone, and now Sketchbook Pro for the iPad, are examples of mobile computing applications to come from Autodesk, Lynch said. Combining on-site information with existing data is an area of opportunity for mobile applications. For example, Lynch demonstrated an iPhone tool in development that showed a real-time city street view with a superimposed model of underground piping locations, including color coding to specify which pipes were water, gas, and so forth. When is this coming? "We're closer than you think," Lynch said. "Keep an eye on Autodesk Labs."

Lynch said, "It's really important that our products solve problems around new building as well as existing buildings," and for architects as well as other stakeholders in the building process, including fabricators, contractors, and owners.

"Owners and contractors are increasingly pushing for BIM," Lynch said. These two types of stakeholders are driving the demand for BIM technologies and accounting for "huge growth" in the percentage of expert users.

The enthusiastic technical marketing manager Armundo Darling demonstrated some of the "instant productivity gains" offered in AutoCAD Architecture 2011 for building renovations and retrofits.

Senior industry marking manager Annessa Piper and her team discussed how Autodesk Revit and Navisworks are evolving to support today's (and tomorrow's) new construction processes. Piper said that BIM can shave 30% off construction waste and avoid errors that typically account for 10% of a construction project budget. Revit updates include the following: 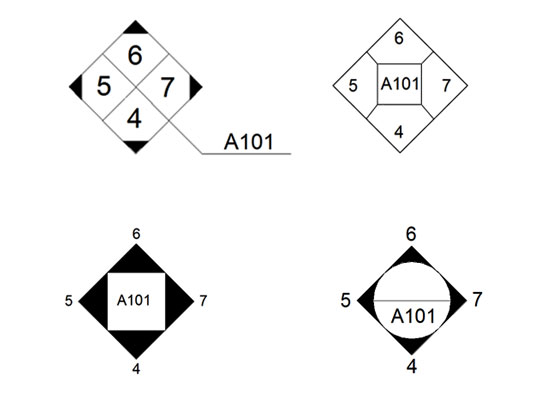 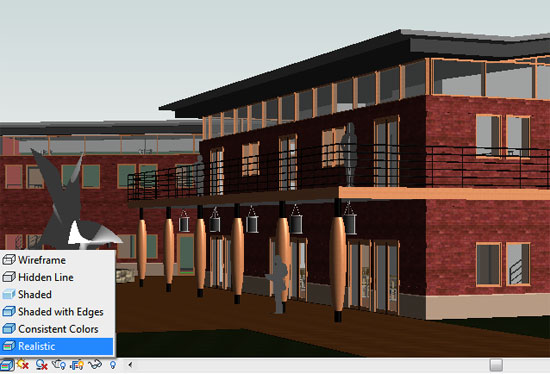 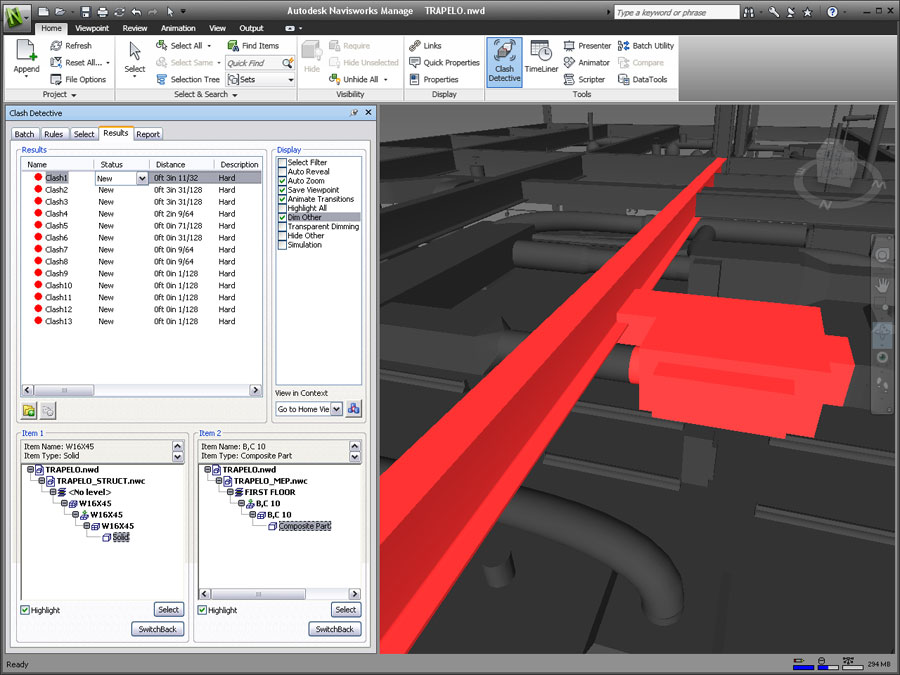 Plant is a "huge part" of Autodesk's business, the company reported. Director of industry solutions Robert Shear said there are one million plant designers using AutoCAD for 2D projects, with about 75,000 others using other "high-end" 3D plant design solutions. With Autodesk Plant 3D 2010, introduced last September and targeting the engineering sector, "we want to bridge the gap and make it easier to transition to 3D," Shear said. "Autodesk aims to bring 3D to mainstream plant design. Plant is a critical growth area for Autodesk going forward."

Illustrating improved new visualization capabilities available for AutoCAD Civil 3D, this comparison of before (left) and after (right) shows the effects of adding a mental ray daylight system to a scene. The use of a daylight system and shadows provides a much more realistic 3D result.

Other new products and industry trends were presented at AEC Tech Day in relation to existing building, water system, and infrastructure design, but I was unable to cover those presentations due to scheduled executive interviews. Stay tuned for more features and product reviews related to Autodesk's 2011 line of software for AEC.