The software developer invites AEC professionals to share their finest work at its Be Inspired: Thought Leadership in Infrastructure event in Amsterdam.


"How can we make the world a better place?" H. Kit Miyamoto, structural engineer and CEO of Miyamoto International, presented this question to an audience of AEC professionals and media representatives at Bentley Systems' recent event, Be Inspired: Thought Leadership in Infrastructure. If the quality of life for world citizens is directly proportional to the quality of their infrastructure, as put forth by Bentley COO Malcolm Walter, then the answer is: by improving infrastructure.

That's a goal shared by keynote speaker Miyamoto, who provides earthquake engineering and post-disaster reconstruction services around the globe, and all the Bentley customers attending the invitation-only event, held November 8–9 in Amsterdam, the Netherlands. Whether they plan greener buildings, design safer highway interchanges, or construct more efficient power distribution networks, these users are devoted to improving infrastructure.

The projects showcased at Be Inspired were chosen from 270 organizations' submissions by independent juries. The finalists in each category traveled to the conference to present their projects, sharing best practices with colleagues and helping the juries make their final selections for the Be Inspired Awards.

During the dinner that concluded the event, Be Inspired Awards were presented to 20 winners, representing project work in 11 countries. In addition, the event acknowledged winners of the previously announced Be Inspired Special Recognition Awards, as well as the Bentley Educator of the Year. (See a list of Bentley Be Inspired finalists and winners in all categories.) Detailed descriptions of all nominated projects will be included in the 2011 edition of The Year in Infrastructure, to be published by the end of the year.

Bentley CEO Greg Bentley commented on the degree to which this year's nominees are taking advantage of as-built models from point clouds. The winner of the Innovation in Multimedia award, Oregon-based i-TEN Associates, has built its entire business on point cloud data. Working with MicroStation tools, the company creates animations and renderings for varied applications such as architectural preservation projects, BIM (building information modeling) and facilities management, marketing, education, and even crime scene analysis. For a five-story waterpark and aviation museum, i-TEN produced both an advertising animation and models; the latter provided measurable data for architects and engineers to make changes and verify the as-built conditions of structures in the facility. 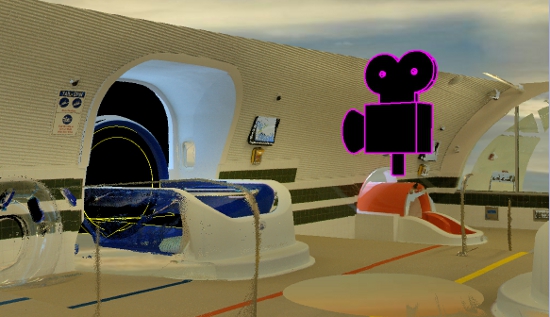 When preparing walkthough animations from point cloud data, such as inside the Evergreen Wings and Waves Waterpark, i-TEN can choose perspectives that would be challenging to achieve with an actual camera.


Plans for the Present and the Future

Be Inspired isn't only about inspiring user projects; Bentley also shares status reports and news updates via the media conference and keynote speeches.

On the business front, Greg Bentley reported organic growth in every region around the globe, and noted that Bentley's run rate among "top owners" has shown a double-digit increase over last year (referring to top public- and private-sector owners of infrastructure, as ranked by the value of their cumulative infrastructure investments). He noted that his company's "fine and formidable competitor," Autodesk, "is ahead of us, but not out of reach."

I-models are Bentley's relatively new technology described as "containers for open infrastructure information exchange that enable bidirectional feedback in dynamic workflows." Thanks to new agreements with Adobe, Bentley is introducing i-model–enabled PDFs and associated i-model plug-ins for Adobe Acrobat and Reader. The plug-ins will be available through Bentley’s early adopter program before the end of the year. In addition, Bentley and Bluebeam Software will collaborate to support i-model–enabled PDFs within Bluebeam's PDF Revu and related products.

According to the company, the marriage of PDFs and i-models will enable users to exploit PDF-format deliverables at every stage of an AECO project, as information is transformed from design to construction to operations and back again. Users will be able to interactively navigate and query 3D models and drawings, and interact with project-scale models, within PDF documents. "3D PDFs have really made a difference in a hurry over the last several years," noted Greg Bentley. "This is so important for AECO," he said, explaining that almost half the documents managed in the company's project-management platform, ProjectWise, are PDFs.

Info on the move. I-models "deliver information mobility," in Greg Bentley's words. That concept — or rather, overcoming the problems caused by the lack thereof — was a theme repeated throughout the event. "Information modeling may be what we do, but increasingly, information mobility is why we do it," he said.

Whenever there's a hand-off of information from one individual, department, or organization to another during the course of a project, problems can arise. And those problems aren't limited to missed deadlines or unhappy customers; Bentley pointed to BP's Deepwater Horizon disaster and the deadly 2010 gas line explosion in San Bruno, California, as an example of the consequences of information mobility dysfunction.

Skies both cloudy and azure blue. The effort to make information transfer smooth and painless is also evident in Bentley's expanded strategic relationship with Microsoft. Initial offerings on Microsoft's Azure cloud platform will include the new Bentley Transmittal Services, which enables users to deliver, receive, and track transmittals through a dashboard portal. Designed for a hybrid cloud, the portal can be deployed onsite or online, and can connect with users' existing implementations of ProjectWise or Bentley's infrastructure asset operations platform, AssetWise.

Scanning hardware prices are dropping dramatically and point clouds are proving useful in a variety of AEC applications, so it's only natural that Bentley has acquired Pointools, a developer of hardware-neutral point cloud software. Bentley will integrate point cloud processing and data management throughout the ProjectWise and AssetWise platforms. (For more on this acquisition, see "Bentley Seeks to Extend Point Cloud Data through Infrastructure Lifecycle.")

Energy production and resource extraction. With an eye toward the offshore energy market, Bentley has also acquired FormSys, which develops 3D design, analysis, and construction software for structural engineering, offshore engineering, and naval architecture. The acquisition will expand the offerings of Bentley SACS to encompass the design and analysis of floating structures. SACS, a suite of finite-element structural analysis solutions that Bentley acquired earlier this year, supports the design, fabrication, installation, operations, and maintenance of offshore structures, including oil platforms and wind farms.

Bentley announced the commercial availability of its AECOsim Energy Simulator software; its AECOsim Building Designer software, currently in the early adopter program, will become commercially available in Q1 2012. This news follows the May release of AECOsim Compliance Manager for LEED certification.

Greg Bentley explained that the new AECOsim products for energy use simulation and building design will help designers more accurately predict the performance of the finished building. "It creates a prediction of performance that finally we can be confident of the building delivering," he said. The goal of more efficient buildings gains new urgency when backed with this energy-use comparison from the AECOsim demonstration: To reduce every building's energy footprint by 50% would be like taking every car and truck off the road.

Race to the finish. Bentley also launched what it calls "the first and only comprehensive, integrated software developed specifically to design, model, and deliver both raceway and cable systems, for plant and manufacturing facilities and utility substations." Bentley Raceway and Cable Management V8i integrates functional design with physical design and includes a variety of 2D and 3D design tools. Users can determine material requirements early on, and consequently place orders in advance.

App happenings. Bentley’s new Structural Synchronizer View, a free iWare app, expands on the existing Structural Synchronizer app by giving users the ability to view and navigate full 3D models via the iPad or iPhone. Models can be opened from ProjectWise, e-mail, iTunes, Dropbox, Amazon S3, and other sources. The app will be available on the iWare site and iTunes as soon as the Apple App Store gives its nod of approval, said Singh. Versions for Android and Windows Phone mobile devices are in the works.

Bentley also announced that Bentley Navigator and ProjectWise Explorer apps, an extension of the desktop ProjectWise platform, are now available for the iPad. An engineer monitoring progress on a construction site, for example, can use the Navigator app to view augmented-reality overlays and interact with data in real time in the field. Both are freely available to users with a ProjectWise Passport, and free previews are available to the public.