You may not have heard of Graebert, a small, family-run software developer headquartered in Berlin, Germany. You’re almost certainly familiar, however, with one or more of the solutions built on Graebert technology. Pop the hood on Dassault Systèmes DraftSight, Onshape Drawings, or CorelCAD, for example, and you’ll find that Graebert’s ARES software is the engine inside.

Although most of its revenue comes from licensing its technology to original equipment manufacturer (OEM) partners, Graebert sells its ARES 2D/3D CAD solutions to end users as well, both directly and through its resellers. The foundation of this portfolio is ARES Commander, developed for desktop use.

CTO Robert Graebert demonstrated some of the features of the forthcoming ARES Commander 2016 at Graebert’s Annual Meeting, held last month in Berlin. Performance has been improved in this version thanks to a migration of software calculations to hardware: with more of that burden shifted to video cards, “we see significant improvement to [the speed of] zoom in model (69%) and pan in model (35%),” he explained.

ARES Commander 2016 incorporates a number of new commands, features, and enhancements to the user interface, including the following:

Commander 2016 is due to be released next week, on November 15. Annual and perpetual license options are available; “We like to leave this choice to the users and not force them one way or the other,” said Cédric Desbordes, sales and marketing executive. A free trial of ARES Commander is available from the Graebert website.

The ARES family doesn’t end at the desktop, however. “Offering a low-cost alternative to a DWG-based platform is no longer enough,” said Desbordes. Graebert’s goal now, he explained, is to “help end users break down the walls of CAD” by supporting every type of device and operating system.

The Right Touch for Mobile

Graebert especially wants to tear down the walls of your office (figuratively, of course). The company is dedicated to the cause of delivering full CAD functionality on mobile devices, whose small size, light weight, and ever-present convenience support working outside the cubicle — at job sites, at home, or waiting in line at the post office. External factors support this effort: Internet connection speeds are on the rise and mobile devices are evolving into a more suitable platform for professional tasks, with larger screens and more powerful hardware and operating systems. And each year, there are simply more mobiles in circulation than ever before; market intelligence firm IDC predicts 6.5 billion by 2020, said Desbordes.

Despite the declining sales of desktop and laptop computers, “desktop and mobile will coexist; mobile will not kill desktop,” Desbordes assured the audience. “PCs won’t be replaced anytime soon [because] they still have very strong advantages,” he said, citing reliability, better performance for the price, and an established ecosystem of professional applications. 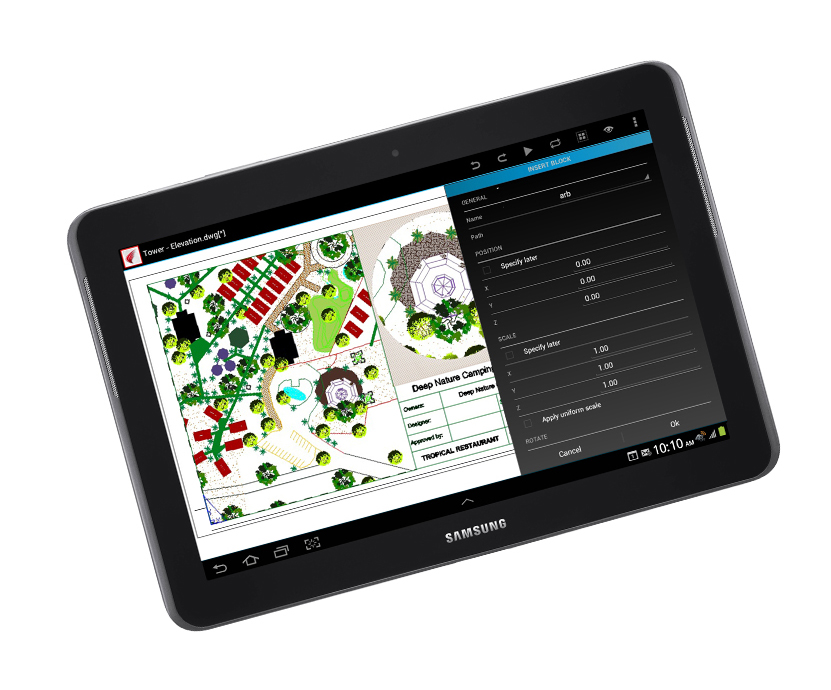