Mapping out an ESRI collaboration. The Graebert team worked closely with the CAD team at Esri to create the new ARES Map, a hybrid geographic information system (GIS)/CAD solution. ARES Map combines CAD features for creating and editing DWG drawings with the capability to add GIS intelligence, such as coordinate systems and map services, to specific CAD drawings. “It has a seamless transition between what’s CAD and what’s GIS,” Robert Graebert said. The new product is designed for users who have to work with GIS data, but are familiar with a CAD interface. “Anybody that manages assets and space is typically a GIS user,” he continued. 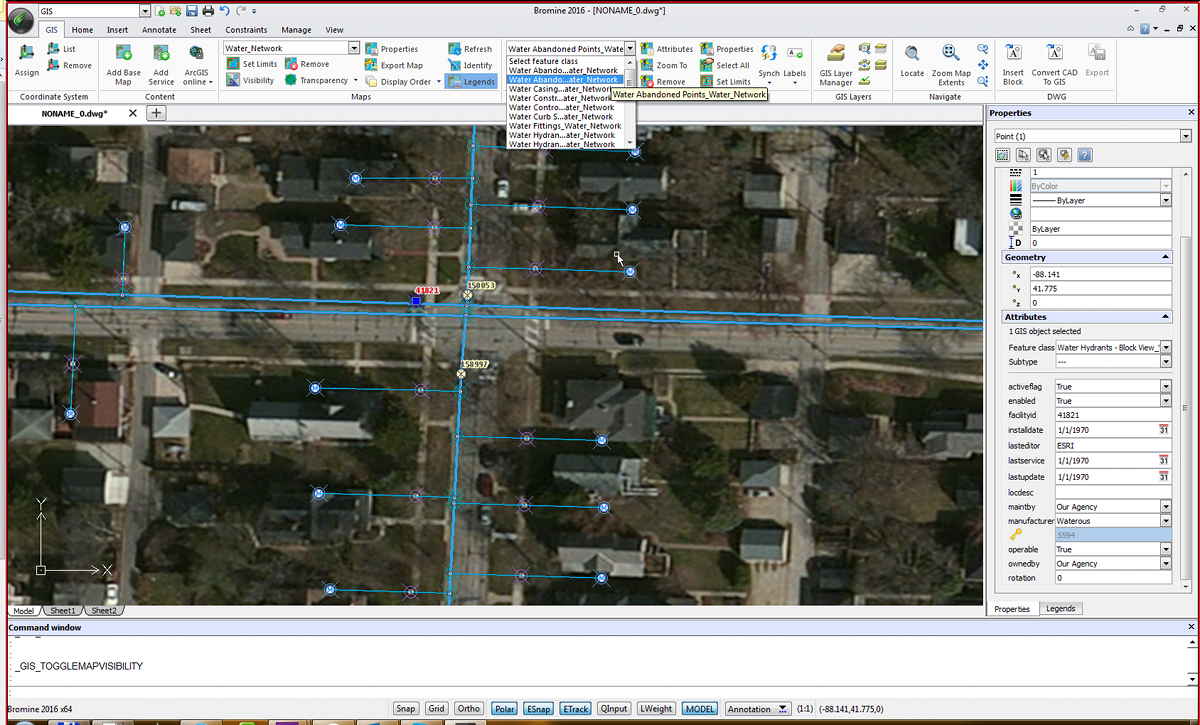 
Based on ARES Commander, ARES Map is powered by Esri’s ArcGIS Online, which provides basemaps such as streetmaps or satellite images for any location in various scales. ARES Map users can also connect with Esri’s feature services to display such information as roads, networks, and population. ARES Map will be available "soon" for $99 per month, with group discounts.

Moving toward Mechanical. Graebert previewed ARES Mechanical, a mechanical CAD application that was introduced last year. “It will be a small 2D-based package … with possible applications in factory planning,” said Wilfried Graebert. “We see some possibilities there.” The price and ship date for ARES Mechanical have not been set; a pilot version will ship with ARES 2016 so the company can gauge user reactions.

Plugging a new marketplace. Andreas Kulik, director of product portfolio and business development for Dassault Systèmes SolidWorks, confirmed that the long-discussed DraftSight plugins store is nearing launch, which may come in January. Similar to other app stores, a portion of revenues will go to the store’s host, Dassault Systèmes, and the rest to the plugin developer. Desbordes noted that G-Electrical for Electrical CAD, part of the first wave of Graebert plugins for DraftSight, will be released once the pricing model has been finalized.

Strategy on the Development Battlefield

With all these initiatives in play, Graebert may seem to have disproportionately large ambitions for its size, but they are tempered by prudent planning. Despite his great enthusiasm for initiatives such as mobile CAD, Wilfried Graebert keeps an eye on the long game, wary of overreaching with the number of products his team is pursuing at any one time. He hasn’t made any acquisitions, and is not interested in doing so; as a result, his company hasn’t had to struggle with integrating multiple teams of developers or with compatibility issues within the portfolio. He also shuns venture capital and other high-risk financial entanglements — which helps him sleep better at night, he reports. That measure of caution clearly isn’t hampering Graebert’s progress, however; the company experienced 30% growth over the fiscal year ending in September.