With Launch of ARES Kudo, Graebert Completes Its ‘CAD Trinity’


Although the three applications have similar CAD features, Graebert positions each as best suited to particular tasks: 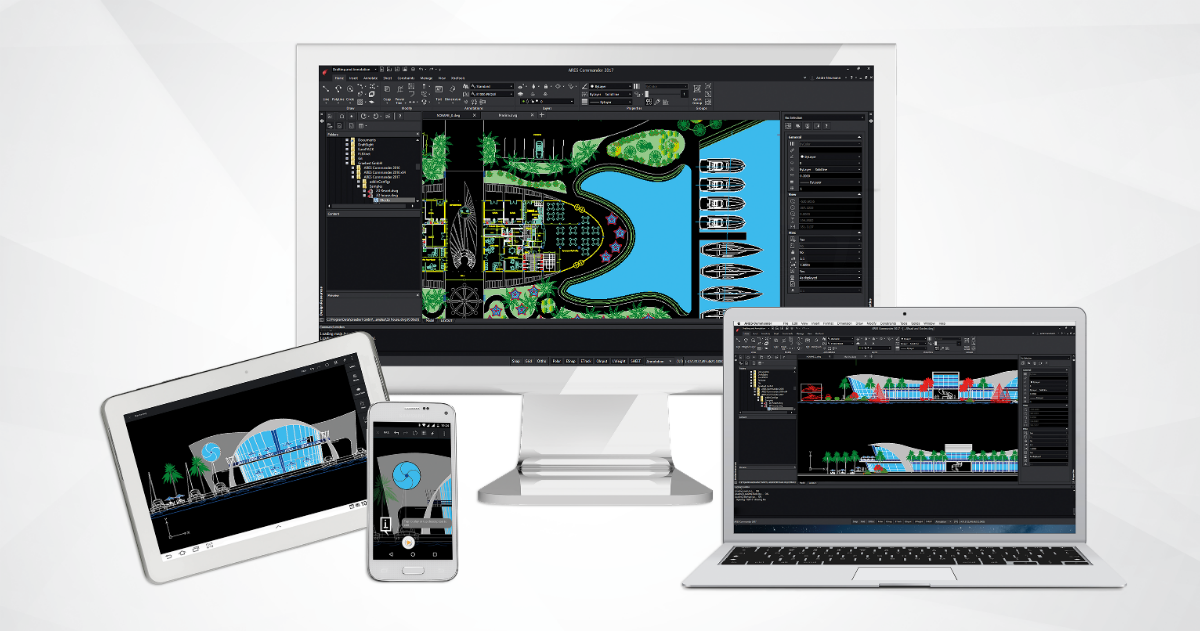 Graebert envisions all three components of the "CAD trinity" being applied in workflows that involve multiple devices and locations, such as office-based professionals visiting job sites. Image courtesy of Graebert.


“In general, the [early-adopter trial] confirmed our Trinity strategy to work on the synergies between desktop, mobile, and cloud instead of offering them separately,” commented Desbordes. “It [also called] for a unified user experience, which explains our efforts in terms of unifying our UI and licensing across desktop, mobile and cloud.” To provide a consistent appearance across the three products, Graebert is introducing a new user interface with a darker color scheme with the release of ARES Commander 2017 in November.

All three components of Graebert’s "trinity" will be included in a single subscription. Thanks to the common subscription structure, one user can work on a combination of as many as two desktop computers running Windows, Mac, or Linux operating systems; multiple Android- and iOS-based mobile devices; and the cloud. Users will be able to manage licenses and rights — to switch access from a decommissioned computer to another model, for example — through a new customer portal.

The annual subscription plan has a flat yearly fee of $250. Graebert also offers a perpetual license, which includes an unlimited license of ARES Commander for one computer and a renewable one-year subscription including ARES Touch and ARES Kudo, for $795.

As Graebert sees it, the continued existence of that latter option is a major selling point in the wake of Autodesk’s decision to stop selling perpetual licenses. "Our main competitor is struggling with a difficult transition to a subscription-based business model," said Wilfried Graebert. "With the trinity of CAD offered by the ARES CAD software, Graebert has an opportunity to take a leadership position and grab market share very quickly."

How are customers responding to these developments? Desbordes explained:

"On the one side, we are being contacted by very large customers of Autodesk who say they want to switch … I'm talking of at least five companies with thousands of seats. Most of them even say that the decision is [made] no matter how Autodesk could react after in terms of pricing. They claim that even if Autodesk is coming back with a better offer, they will not take it.

"I was expecting that most of the reaction would come from SMBs [small and medium-sized businesses] but I'm surprised to see it is most directly affecting the decision of large corporate users. My explanation is that the SMBs can stick to what they have for some time and wait and see, while the large accounts need to plan and react for their budgets.

"On the other side, the Trinity concept is showing … a very positive light on the ARES CAD software. It is still very new so we need to evangelize, but customers like the all-inclusive approach and flexible licensing. They like in particular the new value we build with mobile and cloud, but also the fact that the user doesn't have to jump [into] the unknown to a different technology, and [can] gradually use mobile and cloud as needed."