The 100% cloud-based CAD software had 10,000 users during testing, with more than half of sessions conducted via mobile device. 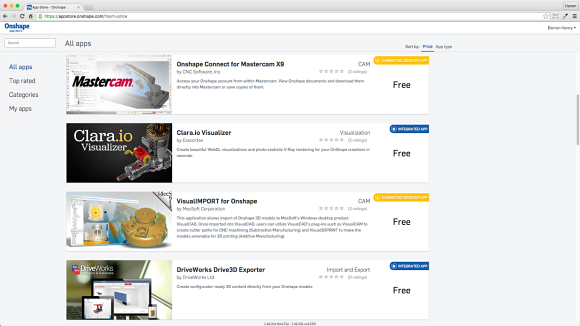 The Onshape App Store is designed to be a convenient way for users to browse, try, buy, and use apps.

Twenty-four apps are included in the launch, and "there's a lot more coming," Dunne said. Inaugural developer partners for the Onshape App Store include:

Onshape users can request an invitation to the Onshape App Store Private Beta program. The company plans to open the store to the public in early 2016.