Designed by Walter Netsch of the architectural firm Skidmore, Owings, and Merrill, and completed in 1962, the United States Air Force Academy Cadet Chapel is one of the most daring and strikingly beautiful buildings ever commissioned by a branch of the United States military. The soaring, 17-spired structure overcame initial controversy related to its design and tubular steel construction to become an undisputed modernist masterpiece, as well as a revered spiritual sanctuary.

But, like some other innovative architectural masterpieces — Frank Lloyd Wright’s Fallingwater house comes to mind — the Cadet Chapel was plagued from the beginning by performance issues. Due to budget limitations, the predominantly glass and steel building relied on caulking rather than custom flashing for waterproofing, a decision that has been problematic for more than 50 years: Despite an annual investment approaching $400,000 in caulking, and 14 major repair efforts since 1996, the structure has always leaked. The water infiltration has damaged interior plaster and furnishings, and chemical deicing — which became necessary when a hydronic system embedded in the concrete failed decades ago — has caused concrete deterioration.

And it’s not a comfortable or energy-efficient building; acres of single-pane glass enclosing a tall, narrow interior create heating and cooling challenges that overwhelm the Chapel’s 50-year-old HVAC systems. In recent decades, serious safety concerns have also emerged; water infiltration now threatens the electrical system with shorts, and ceiling panels have been known to fall, threatening occupants below. 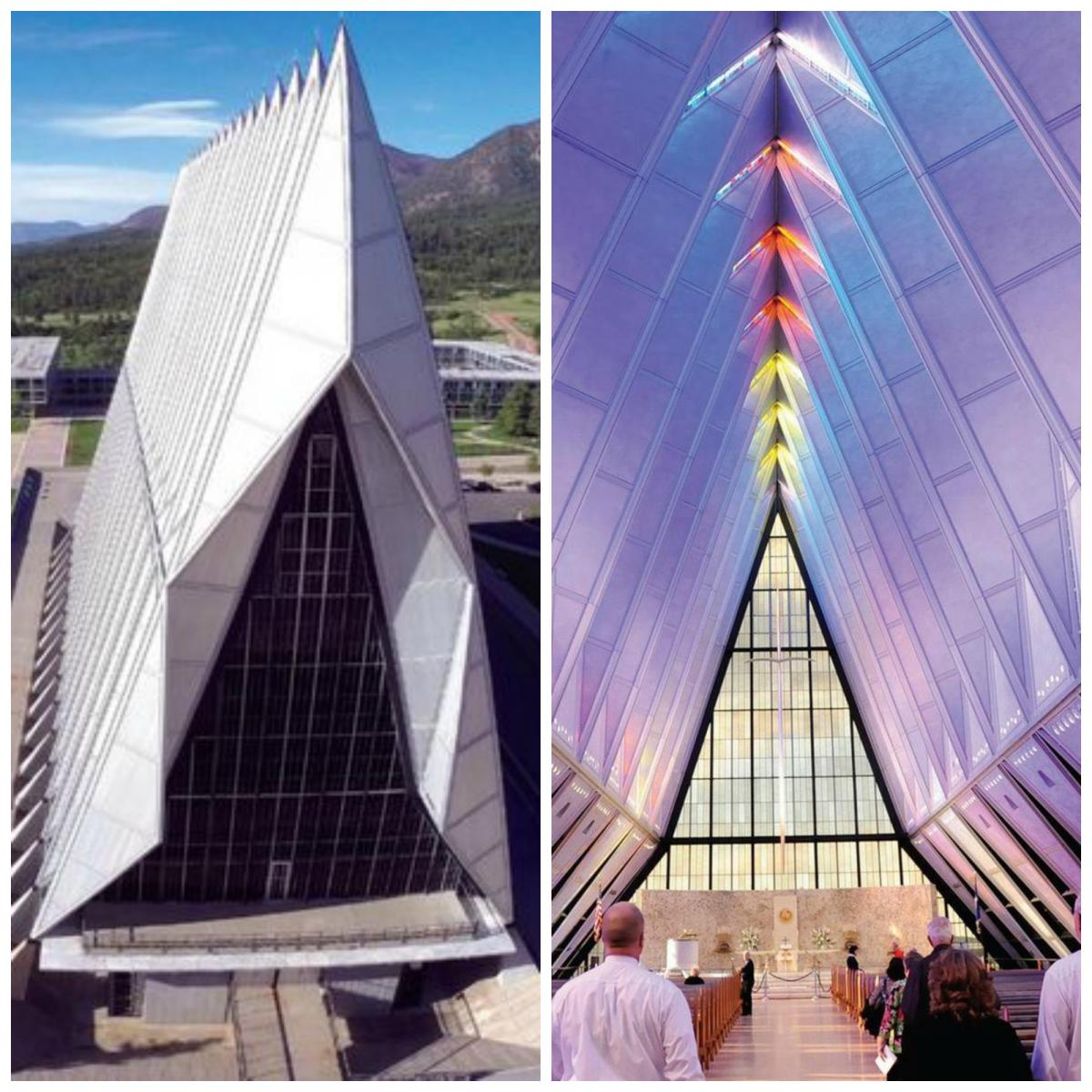 The soaring interior of the United States Air Force Academy Cadet Chapel is visually striking, but difficult to heat and cool. All images courtesy of Autodesk.


As a consequence, the Academy is preparing to issue a request for proposals (RFP) for rehabilitation work, and is bracing for the possibility of proposals in the $80 million range. “We heard that and said, ‘What if we could help you get some real data and refine that figure, before you get started?’ and of course they agreed,” says Autodesk’s Pete Kelsey. In his role as a strategic projects executive, Kelsey identifies opportunities where Autodesk can partner with its customers on their projects, to the benefit of both parties. Evaluating the Cadet Chapel was one such opportunity, allowing Autodesk to engage in client outreach while exploring the capabilities of technologies such as its ReCap reality capture and 3D scanning software in a real-world setting. For the Air Force Academy, it was a chance to enlist advanced solutions and expertise in the search for better solutions to a very expensive, ongoing problem.