Combining CFD and lighting analysis was a "Holy cow!" moment, says Kelsey. “Presenting a thematic, visual analysis of the way the sun and existing HVAC systems are heating and moving air around the interior, and then comparing that to rehabilitation possibilities like improved HVAC systems, was extremely powerful, and even nontechnical folks in the audience understood how much impact more efficient systems could have.” 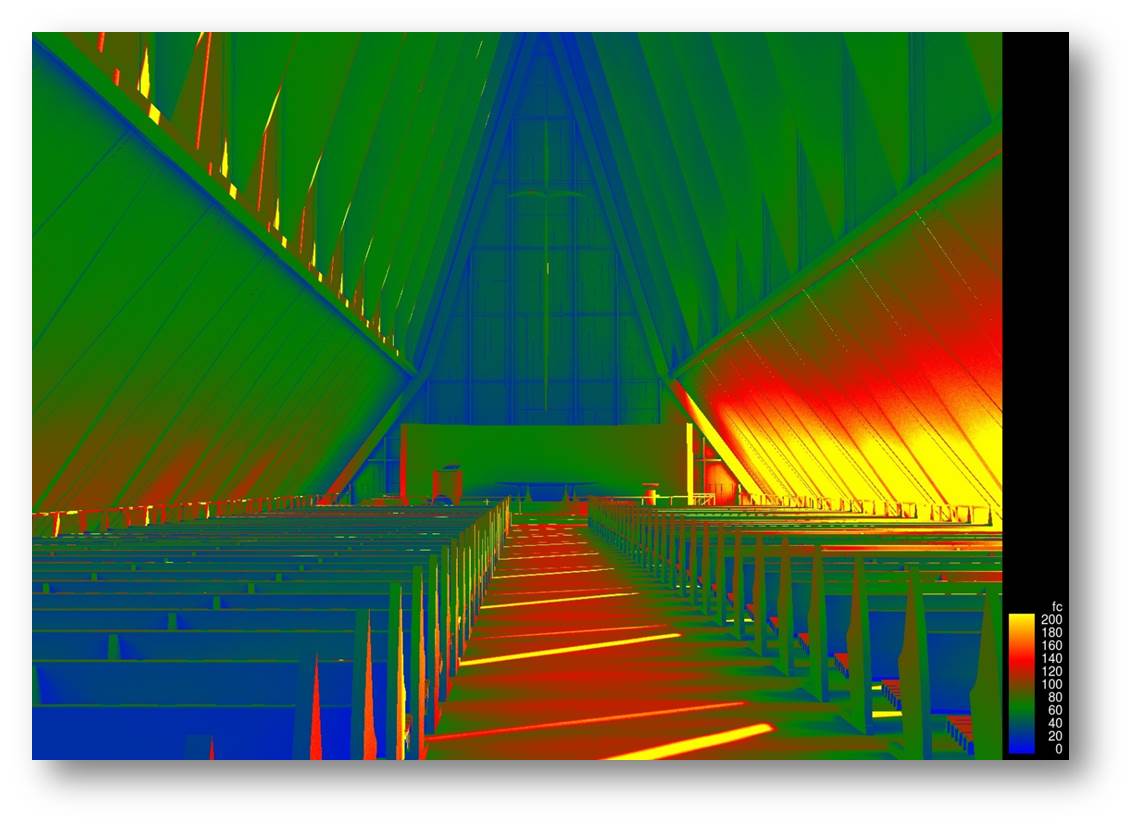 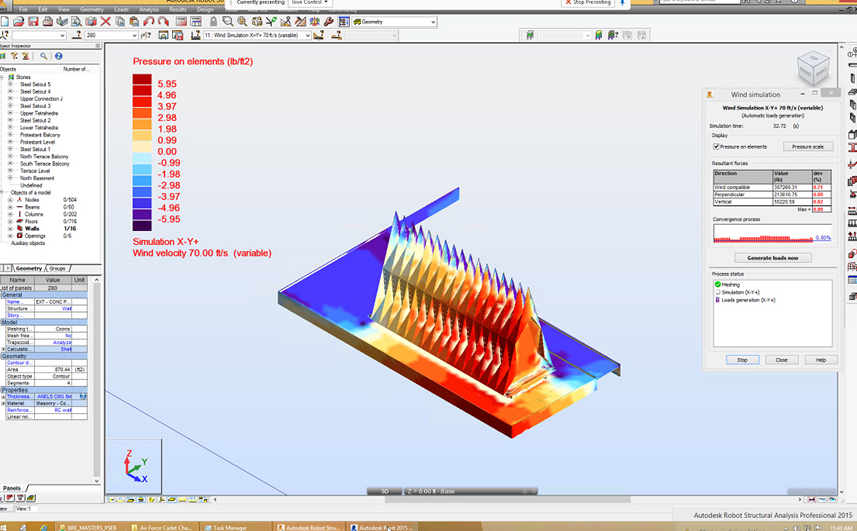 The Revit model enabled the team to conduct analyses of air temperature (top) and lighting (middle) inside the building, as well as the pressure that wind puts on the structure (above).


Using the model, the Autodesk team was able to quickly demonstrate the effects of various proposed rehabilitation elements, such as double-glazed windows. Potential gains in sustainability and efficiency were impressive, and the work Autodesk is doing here may have an impact far beyond the Cadet Chapel. “The Air Force is already looking for ways to scale up this project on structures all over the world,” Kelsey notes.

“Just working on the Chapel was an honor, of course; it’s a stunning building, and one of Colorado’s most-photographed landmarks,” says Aaron Vorwerk, an architect and Autodesk senior technical sales representative who worked on the modeling and analysis. “But this partnership is turning out to be more important than we first thought. After all, the United States Air Force is the world’s largest consumer of energy, so anything we can do that helps them make use of better tools and become more efficient and sustainable is likely to have ramifications throughout the AEC industry.”