There's a new version of AutoCAD in town, and it's sporting an updated UI, improved 2D and 3D functionality, and much more.


Today Autodesk announced the latest version of its flagship 2D/3D CAD software, AutoCAD 2011, and there's a lot to talk about. In this article, I'll provide an overview of the significant new features. You might also want to read "AutoCAD 2011 for the CAD Manager," as well as my Cadalyst Labs Review of the new version in the Spring 2010 edition of Cadalyst magazine, which goes on sale later today.

Armed with this information, I hope you'll be on your way to determining if AutoCAD 2011 is the upgrade for you. Enjoy!

AutoCAD 2011's user interface is similar enough to prior versions that most recent AutoCAD users should feel comfortable with the new additions after a few minutes of exploration. New features include: 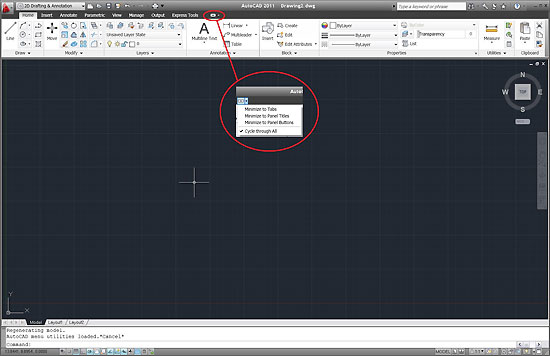 
Ribbons employ a hierarchical structure almost like a pull-down menu, making it easier to use detailed ribbon panels without always having so much screen space consumed.

The new ribbon is context-sensitive.

The UCS icon and 3D gizmos have been updated to display a different color for each axis to minimize confusion when translating or rotating in 3D space. Red is for X, green is for Y, and blue is for Z.

If you're a heavy 2D user, you'll appreciate the new drafting features in this version.

Object selection. Again accessed via right-clicking when the current command is in object selection mode (prompt reads Select Objects), the Select Similar tool allows you to select only those objects that meet the criteria you specify using the SelectSimilar command. Select Similar is essentially a user-definable filter that allows the user to build sets of objects based on any object properties.

Object creation. Another new right-click tool, Add Selected, allows you to create objects with identical properties based on selecting an existing object on screen. For example, select a dimension you wish to match, and not only will the properties be set, but the correct AutoCAD dimensioning command will be invoked.

Transparency. A totally new Transparency object property appears in dialog boxes such as Layer, Plot, and Properties. Transparency can be applied by object or by layer (just as color or linetype can) with values ranging from 0 (totally opaque) to 90 (almost gone). Be forewarned that if you plot transparent objects (rather than using them only as a visual aid), plotting will be slower, as rasterization of the entire drawing will be performed to handle transparent objects.

Transparency settings are BYLAYER and per Viewport. 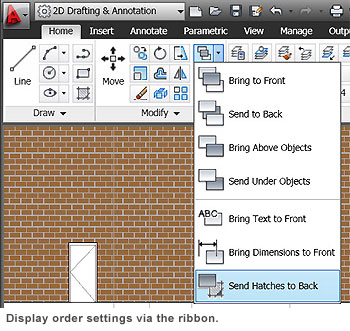 Hatching and gradients. Hatching placement is made simpler with on-the-fly previewing, display order placement settings, mirrored hatching support (through the MIRRHATCH variable), separate hatching (rather than a single hatch object per operation), and faster processing of large boundary sets.

Scale lists. Default scale lists are now stored in the registry, simplifying the deployment of custom lists for scale-driven parameters such as viewports, annotative objects, and so forth. 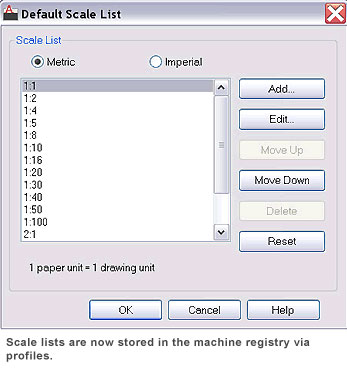 Normally, I don't like to gush over new features, but whether you're a fan of 2D parametrics in AutoCAD or have never given them a glance, the new features in this release will make it worth your while to become more familiar with this time-saving functionality. You might be surprised by how well they now work!

Inferred Constraints. Inferred constraints assume that when you place a feature using an object snap — think endpoint, midpoint, center, and the like — you probably want it to stay in place, so the software applies a coincident constraint to keep the objects aligned. Similarly, when editing an object's placement using commands such as Move or Copy with object snaps, the Inferred Constraints function remembers the new placement of the object and infers a constraint if applicable.

AutoConstrain. The AutoConstrain feature has been updated to recognize elements of equal length or size, so similar segments and arcs will behave the same way without users having to constrain them manually.

AutoCAD displays small icons to represent which constraints are active in a drawing.

Users of the 3D features in AutoCAD will be pleased with what's new. 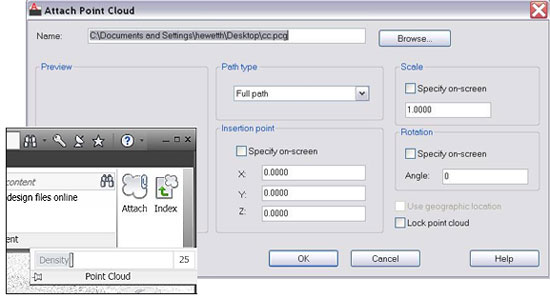 Surfaces. For 3D users, AutoCAD 2011 delivers more functionality for modeling solids, surfaces, and meshes than was introduced in AutoCAD 2010. It's the little things — including better edge selection, surface trimming, and converting solids to surfaces and vice versa — that make 3D objects a lot friendlier in this release. Here are some examples:

Surface filleting is performed using SurfFillet, just like you would perform a solid fillet.

Surface trimming to project holes or edges into other surfaces is performed using the Trim function from the Edit Surfaces ribbon tab.


Parametric surfaces. There's also a big new innovation in associative surfacing that updates surfaces as they are edited.

The rendering tie-in. All these advances in surfacing bode well for more rendering of complex geometries in AutoCAD — especially given the new materials options. (More on this in a moment.)

The list of new features extends to a few other noteworthy updates.

External reference highlighting. If you now select an externally referenced file (file types DWG, DWF, DGN, PDF, or various image file formats) the file name will be highlighted in the External References palette. Conversely, selecting a file in the External References palette will highlight the objects belonging to the file on screen. Highlighting behavior is now governed by the ERHIGHLIGHT system variable. 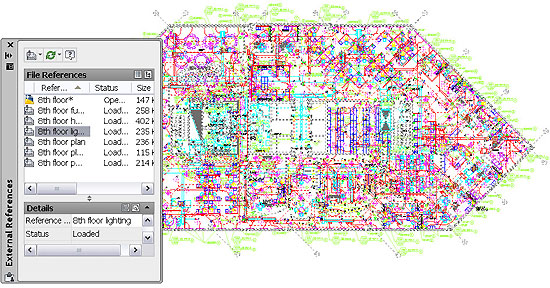 The External References tab and drawing environment are now linked via object selection.


Help. To keep Help files up-to-date, AutoCAD 2011 now points the Help system to the Autodesk web site by default. This feature may be disabled in the System tab of the Options command.

Missing fonts. If a font file is missing upon opening a drawing, you now have the option to bypass assigning a font if you so choose, rather than having to specify a replacement. 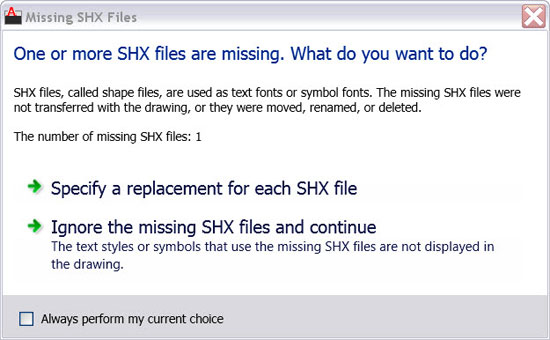 Missing fonts may now be bypassed if desired. 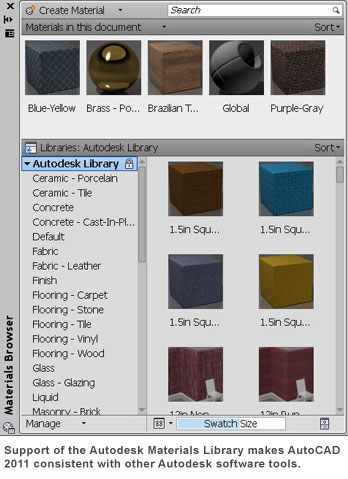 I hope this quick overview of the new features in AutoCAD 2011 gives you a head start in determining whether this version would be a worthy upgrade for you or your company.