Expanding on last year's reintroduction of AutoCAD to the Mac platform, the company releases full, LT, and WS versions.


Early this month, Autodesk began to promote a mystery announcement to come on August 16, dubbed "Design 8.16." The company hinted at impending drama via Twitter, revealed details to CAD bloggers under a non-disclosure agreement, and offered the news for pre-launch publication by the Wall Street Journal before getting down to business with a live webcast and Q&A on Facebook. 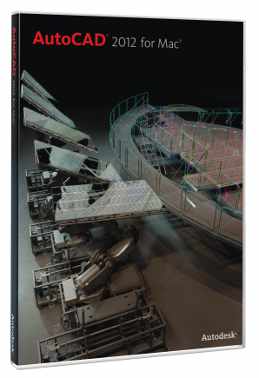 The fullest native Mac version, AutoCAD 2012 for Mac ($3,995) was built specifically for Mac OS X Lion. The software provides 3D solid, surface, and mesh modeling capabilities, as well as 3D visualization and rendering. It includes AutoLISP functionality and can support existing LISP programs (as long as they don’t have Microsoft or DCL dependencies).

This release fixes all hardware issues that surfaced with AutoCAD 2011 for Mac, according to Rob Maguire. senior product manager, AutoCAD for Mac. "Product stability was paramount" in developing the latest products, he added.

Like its non-Mac counterpart, AutoCAD LT for Mac ($899) offers 2D functionality for drafting. However, this version follows common native Mac application user interface guidelines, with a familiar Apple menu bar as well as a number of workflow-based palettes. 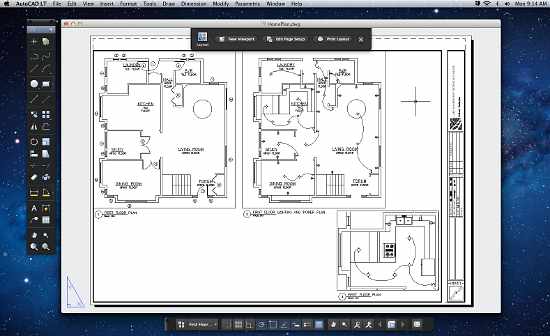 AutoCAD LT 2012 for Mac is available only from the Mac App Store. "As far as I know, it is one of the only professional apps available from the Mac Store," said Amar Hanspal, senior vice-president of Platform Solutions and Emerging Business at Autodesk.

Because the App Store is the only purchase option, currently there is no way for users to upgrade to it from an existing version of Windows-based AutoCAD LT. The Mac version must be purchased anew, at full price.

Available from the Mac App Store, this free app enables AutoCAD users to collaborate on DWG files stored on and downloadable from the cloud. It provides basic tools for viewing, editing, and sharing designs. A synchronous coediting feature allows users to collaborate on designs across desktop, mobile, and web platforms. In addition, AutoCAD WS users can plot DWG files to PDF or DWFx formats and sync with their cloud-based AutoCAD WS account, making files accessible from their AutoCAD WS mobile app.

The app is available for iOS and Android mobile devices, and — unlike the original version — also offered as a standalone Mac desktop solution. Iris Shoor, senior product manager, AutoCAD WS, said Autodesk will see how the new desktop version fares with Mac users before deciding whether to develop a desktop app for PCs.

DWG files are fully compatible across all products and platforms, said Maguire. An object enabler will be available for AutoCAD Architecture, but not for AutoCAD Civil 3D or AutoCAD MEP, according to Autodesk. A new network licensing option allows companies to run mixed networks of Mac- and Windows-based AutoCAD.

Autodesk told bloggers at a pre-announcement event in early August that it will make AutoCAD 2012 for Mac available on Amazon.com, a common source of software for Mac users. The company added that it has no intention of doing the same for the PC version.

Although AutoCAD LT for Mac and AutoCAD WS for Mac will be delivered exclusively as apps on the Mac App Store, Autodesk won’t sell the full Mac version there. (Apple sets a $1,000 price cap and keeps as much as 30% of the price of apps sold in its store.)

The company also told bloggers that it has "no news" — but did not say it has "no plans" — regarding future release of suites of its many Mac-compatible products.