CAD Manager Column: Although the "One AutoCAD" release may not feature big changes to the application itself, it does include major changes to what’s included with AutoCAD, and how the software is licensed.


The new AutoCAD 2019 release hit the streets last week, bearing a limited list of new features but accompanied by significant licensing changes that may make you rethink how you handle your AutoCAD purchases. Dubbed “One AutoCAD,” the new release seeks to provide more functionality than a vanilla seat of AutoCAD, but at a higher cost than AutoCAD 2018.

In this edition of the CAD Manager’s Newsletter, we’ll take a deeper look at the launch of One AutoCAD, and consider how Autodesk’s approach to licensing and software delivery may affect our companies. After all, you know your boss is going to ask you about this, so the time understand it all is now. Here goes.

New AutoCAD Features in the 2019 Release

In my article published on the day of One AutoCAD’s release, I provided an overview of the new features, as well as my take on their usefulness. If you didn’t get a chance to read that yet you may want to do so now, so the remainder of this newsletter will make more sense.

One AutoCAD Rolls Many Verticals into One Product

Given the limited set of new features in AutoCAD 2019, it appears the meat of the new One AutoCAD is the inclusion of what used to be called “verticals” and are now called “toolsets.” For example, what used to be a separate product called AutoCAD Architecture is now known as One AutoCAD’s Architecture Toolset. As you can see in the illustration below, One AutoCAD comprises almost all the AutoCAD verticals, except Civil 3D. 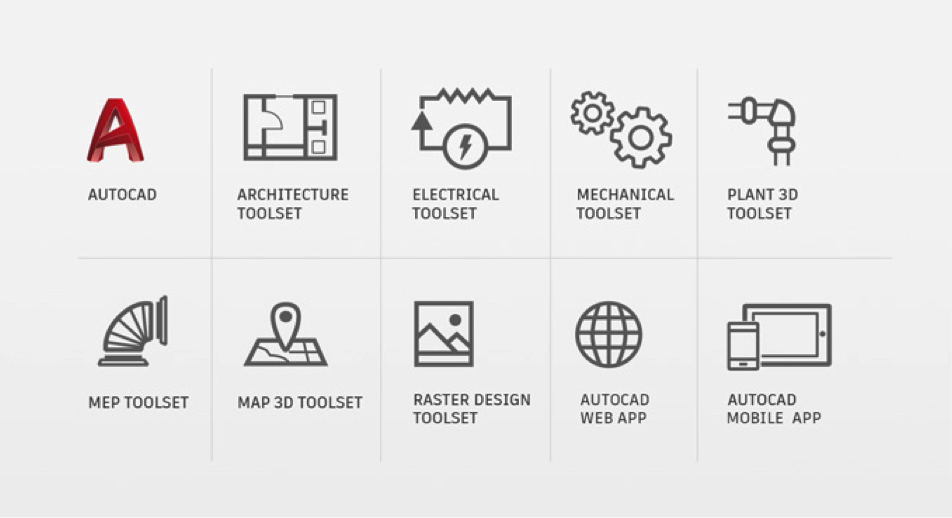 One AutoCAD includes a variety of vertical extensions; Civil 3D, however, will become Autodesk Civil 3D and be offered as a separate product.

Although it was just released, we can make several conclusions about One AutoCAD already. Those include:

While these conclusions may seem negative, the reality is that there are still a lot of people who use vanilla AutoCAD without any web or collaborative functions and no product extensions (now called toolsets). For those users, One AutoCAD simply may not be worth it … unless they’re on subscription, which brings us to the next major topic.

As I mentioned in my article last week, perpetual license holders will not be able to obtain the new One AutoCAD release, so they won’t have access to the new toolsets. And those already on subscription will see a 7% increase in cost.

Before we go any further, let’s review the difference between a perpetual and subscription license:

Now let’s draw a few conclusions about the license change policies for One AutoCAD:

Autodesk is pushing customers to subscription. By restricting new products and features to subscription holders only, the perceived value of perpetual licenses is diminished in comparison. Clearly Autodesk wants everyone on subscription-based (rental) software.

On the day of One AutoCAD’s rollout (March 22, 2018), my Facebook group CAD Managers Unite! blew up with reports of ill-functioning downloads, customers’ inability to authorize software, and even the prior version (AutoCAD 2018) losing license registration. Autodesk released a statement saying the problem wasn’t widespread, but it appeared consistent enough for those trying to upgrade on the first day. As of this writing, there is still an alert on the Autodesk Knowledge Network site reading, “Some customers may experience delays managing users, assigning software permissions, or downloading software. We apologize for the inconvenience while we work to resolve this issue.”

While there are always stock responses given by software vendors in the case of problems, such as “It didn’t affect many users” or “Never try to upgrade on the first day of any product,” the fact was that those users who were affected experienced real problems that caused loss of use of their software — not just the new software, but the prior version as well — for days, in some cases, plus the hassle of reinstallation. That type of work disruption is costly, as users remain idle and CAD managers scramble to deal with the problem. It points to some of the vulnerabilities of subscription software that CAD managers, and their companies, need to be aware of.

What Does One AutoCAD Foretell?

Let’s review some of the salient points that the One AutoCAD upgrade cycle has made clear:

Some of the questions I’ve already received from CAD managers read like these:

There’s no way to know the answer to these questions, but given the continual push from Autodesk toward subscription, it seems at least plausible that the first two scenarios will come to pass. The last question is much harder to analyze.

As has been the case for the last few years, upgrades to Autodesk’s AutoCAD desktop software products are receiving fewer new design features and more web/mobile collaboration features, but that’s not the real story with One AutoCAD. The real story is about whether perpetual license holders paying maintenance fees are being treated equitably, and how existing customers are being compelled to pay higher subscription fees.

While there will undoubtedly be AutoCAD customers who will love the new One AutoCAD package of programs, there will be many more who will have questions about the new restrictions on perpetual licenses and how their total cost of ownership for AutoCAD will go up over time. What’s your opinion on how all this will affect your AutoCAD usage? Contact me at RGreen@CAD-Manager.com and let me know.