In its fifth year, the awards program that was conceived to honor civil infrastructure grows to encompass building and construction as well.


During this year’s Autodesk University conference, which was held November 15–17, Autodesk announced the winners of the AEC Excellence Awards. This is a new name for the awards program, which for the first time includes Construction and Building categories, as well as Infrastructure. When the program was launched in 2012 as the Excellence in Infrastructure Competition, its scope was limited to “projects that demonstrate an exemplary use of building information modeling (BIM) for civil infrastructure.”

While more projects now qualify for consideration, the emphasis on innovating with BIM workflows remains central to the mission of the awards program. “This year’s competition now includes building and construction categories, and showcases projects embracing the future of making things for AEC and civil infrastructure through the use of innovative and connected BIM technologies,” said Jessica Brill, digital marketing manager, AEC for Autodesk.

In addition to first- and second-place awards for the primary building, construction, and infrastructure categories, there are also sub-categories for small and niche projects. These include design and fabrication, communication and collaboration, and computational design, among others. Prizes included HP workstations and trips to Autodesk University.

Autodesk reported that it received 162 contest submissions from 29 countries this year, with the highest numbers of submissions coming from China, the United States, and India. This year’s first-place winners are:

Construction. Minneapolis-based Mortenson took top honors in the Construction category for its U.S. Bank Stadium, which is the home of the NFL’s Minnesota Vikings. The recently opened stadium has seating for 70,000 football fans, including the closest field-side seats in the NFL. It features a transparent roof, zinc exterior panels, and what are reportedly the five largest pivoting glass doors in the world. Before physical construction began, Mortenson and partner HKS Architects built the stadium virtually, and identified problem areas by animating various building components — such as retractable seating — in the digital model.

Mortenson also digitized the job site, using cloud-connected BIM tools and tablets to enable on-site personnel to visualize their work in context and virtual-reality (VR) headsets to give the owner and other stakeholders an immersive view of the 3D model. With the help of these technologies, Mortenson was able to complete the stadium six weeks ahead of schedule.

Building. The Phoenix International Media Center, created by Beijing Institute of Architecture Design (BIAD), was the winning project in the Building category. The new home of Phoenix Satellite Television features a curving circular design inspired by the shape of a Möbius strip. The BIAD team found that 2D tools were not capable of representing the complex design as desired, so they worked exclusively with BIM tools and paperless processes instead — reportedly making the Phoenix project among the first in China to rely exclusively on BIM. BIAD used BIM-based planning and conceptual design tools to improve energy efficiency and determine the best position to minimize shading on neighboring buildings. 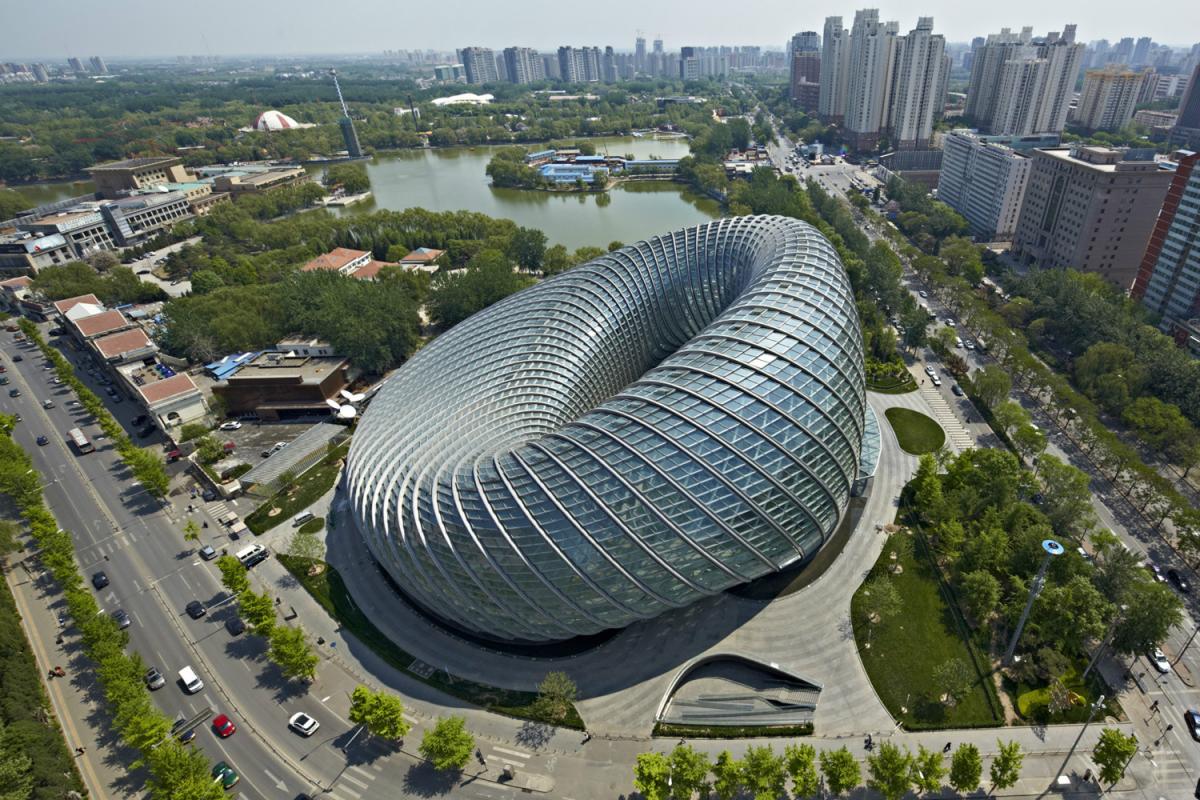 Infrastructure. Rambøll Sweco ANS was honored in the Infrastructure category for InterCity Dovrebanen — Sørli–Lillehammer. This project entailed laying 75 kilometers of double track between the Norwegian cities of Sørli and Lillehammer for the Norwegian National Rail Administration (NNRA). Project challenges included securing approval from more than 100 stakeholders, merging new and existing tracks, and building railway corridors across roadways and sensitive landscapes, including a nature reserve and a lake. Flood simulations helped the team visualize how corridors and stations in the lake area could be affected, and to determine station platform elevations that would limit the impact of flooding.

One hundred twenty design and approval participants used BIM tools as a common platform to design, collaborate, comment, and analyze throughout the project.

Philanthropy. In addition to these three categories, Tianjin Architecture Design Institute (TADI) and Nina Maritz Architects were recognized in a special Philanthropic category, which addresses the areas of public interest, social impact, community, and humanitarian or sustainable design. Their “Fun and Intelligent Cabin” project was designed for a primary school in Huining County, Gansu Province, China. Thanks to BIM-enabled energy conservation and solar energy production, the initial investment is expected to pay for itself in approximately 10 years. 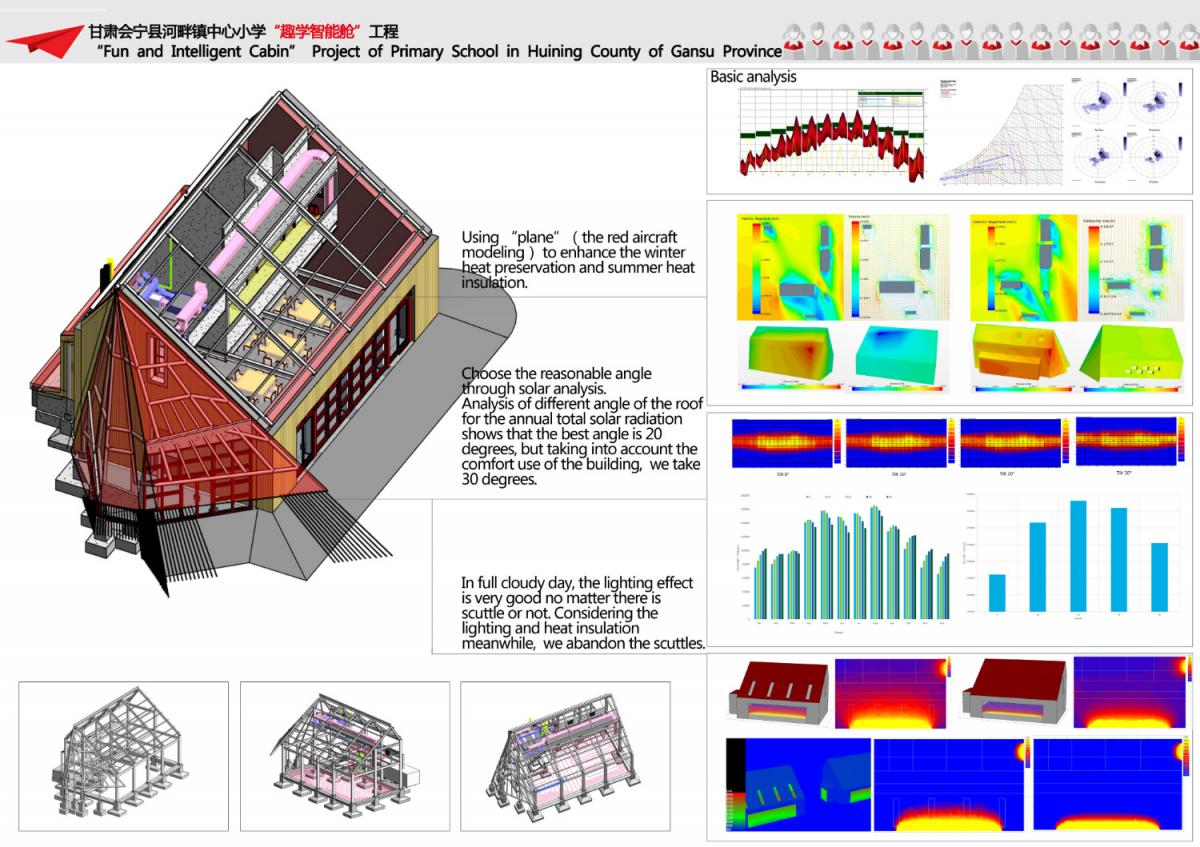 "These winners represent the best of the best of the future of making things in the built world around us," said Nicolas Mangon, vice-president of AEC, industry strategy and marketing, Autodesk. “It’s clear today that BIM is here to stay and is the key to business competitive survival going forward. Our goal with the awards, in part, is to inspire current BIM users to continue to grow, and help motivate newcomers to get on board.”