With the addition of the Onshape product development platform to its lineup, PTC will be able to offer its customers the choice of software-as-a-service (SaaS) and on-premises solutions — and to power its own eventual transition to the cloud.


Last week, PTC announced that it had entered into an agreement to acquire Onshape, developer of a cloud-based product development solution that incorporates CAD, data management, and collaboration tools. Once the acquisition closes, as it’s expected to do in a matter of days, Onshape will operate as a business unit of PTC. Onshape CEO and cofounder Jon Hirschtick will assume “a senior role” leading the Onshape team and will report directly to PTC President and CEO Jim Heppelmann.

During a conference call for investors and media, Heppelmann confirmed that this is PTC’s biggest acquisition ever, with a price tag of approximately $470 million (net of cash acquired). PTC is eager to add a software-as-a-service offering to its lineup in preparation for what it calls “the inevitable industry transition to SaaS.” Heppelmann stated, “Today, we see small and medium-sized CAD customers in the high-growth part of the CAD market shifting their interest toward SaaS delivery models, and we expect interest from larger customers to grow over time.”

Onshape is provided via a SaaS model, meaning the software is hosted by the provider and users access it through a web browser. Therefore, there is no need for customers to install software locally or invest in powerful local hardware, such as servers and brawny desktop computers, to run the software (but a good Internet connection is essential). Updates are available to all customers simultaneously, and they typically happen much more frequently than in the traditional model of annual version updates; Onshape, for example, automatically releases updates every couple of weeks. Customers do not own the software, as they do with a perpetual license; rather, they pay ongoing subscription fees for access to it. 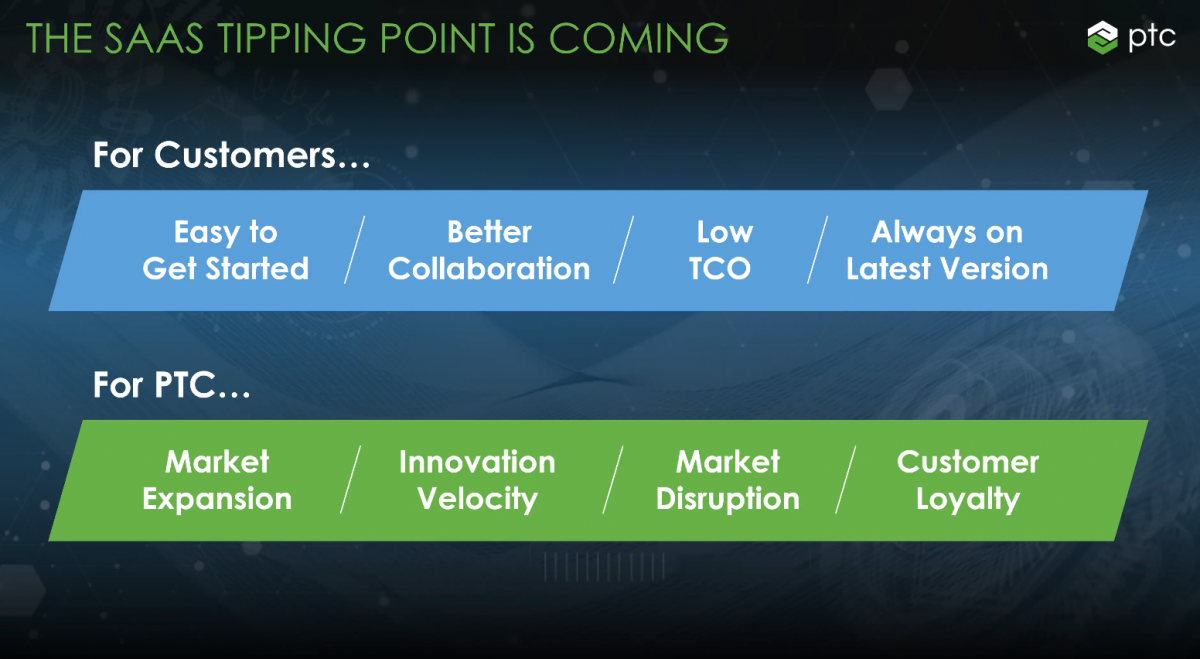 According to Hirschtick, it was witnessing customer problems arising from installed software — such as copying files and version confusion — that drove the creation of Onshape. “How many customers do I visit who worry about version issues? One hundred percent,” he reported. “Whether customers realize it or not, these problems slow them down and make them less innovative than they want to be, particularly in a world where many of them are trying to transform their businesses to be faster and more agile,” Hirschtick continued. The ever-faster rate of change in the marketplace, and the increasingly distributed nature of product development teams, are making traditional software delivery less and less feasible: “You can’t be running around installing software to catch up at that rate,” he said.

“We saw the opportunity to solve customer problems, but we knew … it has to be a clean-sheet approach,” Hirschtick said; cobbling together pieces of the old world of software with some cloud-based services wasn’t the answer. “Partial cloud isn’t going to win here,” he emphasized. “We believe in a full-cloud, full-SaaS approach, and that’s what we invested in in Onshape.”

Why Did PTC Choose Onshape?

No one spends half a billion dollars lightly, but Heppelmann stated that the acquisition would be worthwhile even at a higher price. By purchasing Onshape, PTC is equipping itself to meet two major goals: In the short term, it will have a solution to attract new customers interested in a SaaS-based product offering, and in the long term, it will have the technology and expertise “to capitalize on the inevitable industry transition to SaaS.”

During the call, Heppelmann pointed to healthy growth for PTC’s CAD and PLM products in the 2019 fiscal year, but PTC realizes that failure to evolve in a changing software landscape will eventually lead to shrinking margins. “Our CAD and PLM business are doing well, and I want that to be the case for, you know, decades to come. So we’re thinking long-term, and really thinking about how the world will change, and it is that sort of thinking that brought us to Onshape.” 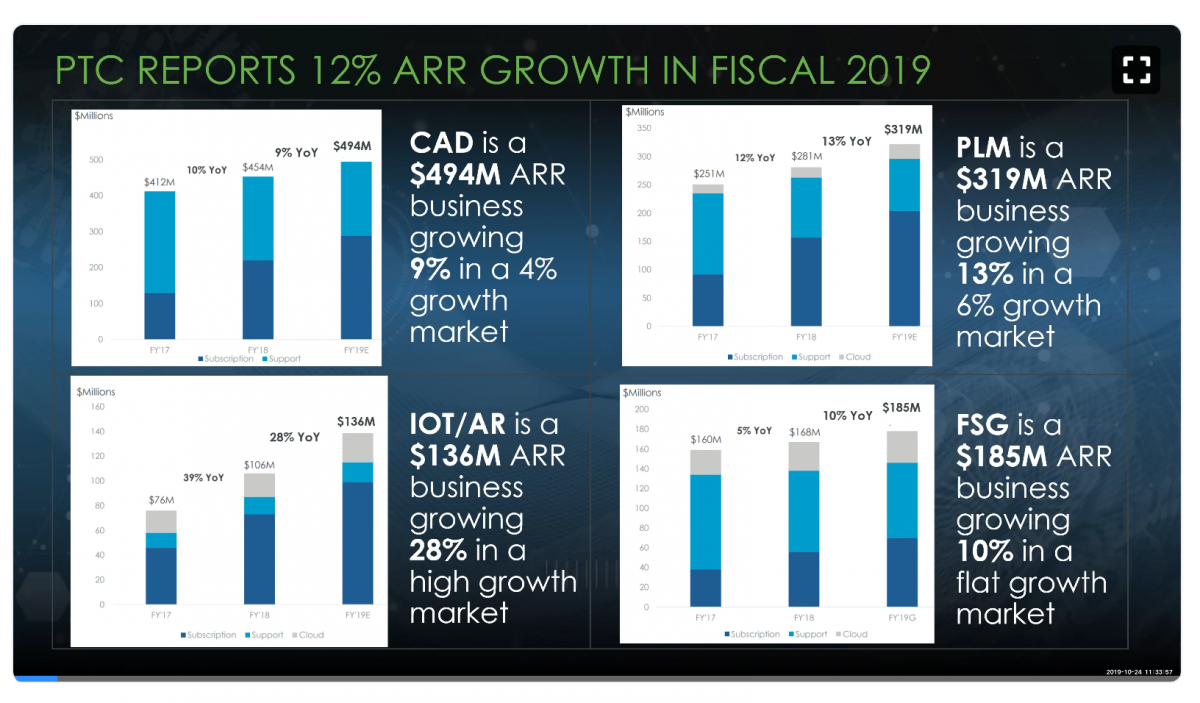 Heppelmann explained that with PTC’s current approach, rather than providing one cloud-based PLM system for hundreds of customers, his company in effect runs hundreds of systems for one customer each. “We realized that we need to go to SaaS because we need to make this problem go away, not just be more efficient at managing it,” he said. “The model where the software goes out to the customer site is just a model [where it is] very hard to bring everybody forward to your latest and greatest innovations.”

After analyzing other solutions for guidance, the PTC team “came to the conclusion that there are exactly zero SaaS leaders who got there by refactoring on-premises software,” Heppelmann said. PTC has sunk “billions and billions of dollars of engineering investment” into Creo and Windchill, and to redevelop from scratch would take years and hundreds of millions more, Heppelmann estimated. “So from our perspective, it just became obvious that if you need a clean sheet of paper, Jon [Hirschtick] and his team are basically six years ahead of everybody. And it’d be a lot better to make an acquisition, even if we have to write a big check.”

Editor’s note: Click here to read Part 2 of this article.