Ads help support our ability to provide you all our articles and papers at no cost to you. Thank you for your consideration and support.
Data Management

Thanks to a new plugin, the version control software for artists and designers can now be used from within Epic Games' Unreal Editor.


Alienbrain sounds like a company from the video game world, and that is indeed the industry it catered to when it was founded. Today, the version control software developer aims to serve artists and designers working in simulation and product design as well as game development and computer graphics. Alienbrain’s customers now include the likes of Herman Miller and Raytheon as well as gaming powerhouses Nintendo and Sony.

There are other version control systems on the market, but most were created for software developers to manage source code. “I think most architects find it very complicated to work with those tools,” Alienbrain founder and CEO Nic Johns told Cadalyst. His company’s software, in contrast, was built specifically to help teams wrangle their digital art files, and the interface is intended to be highly visual and simple to use. 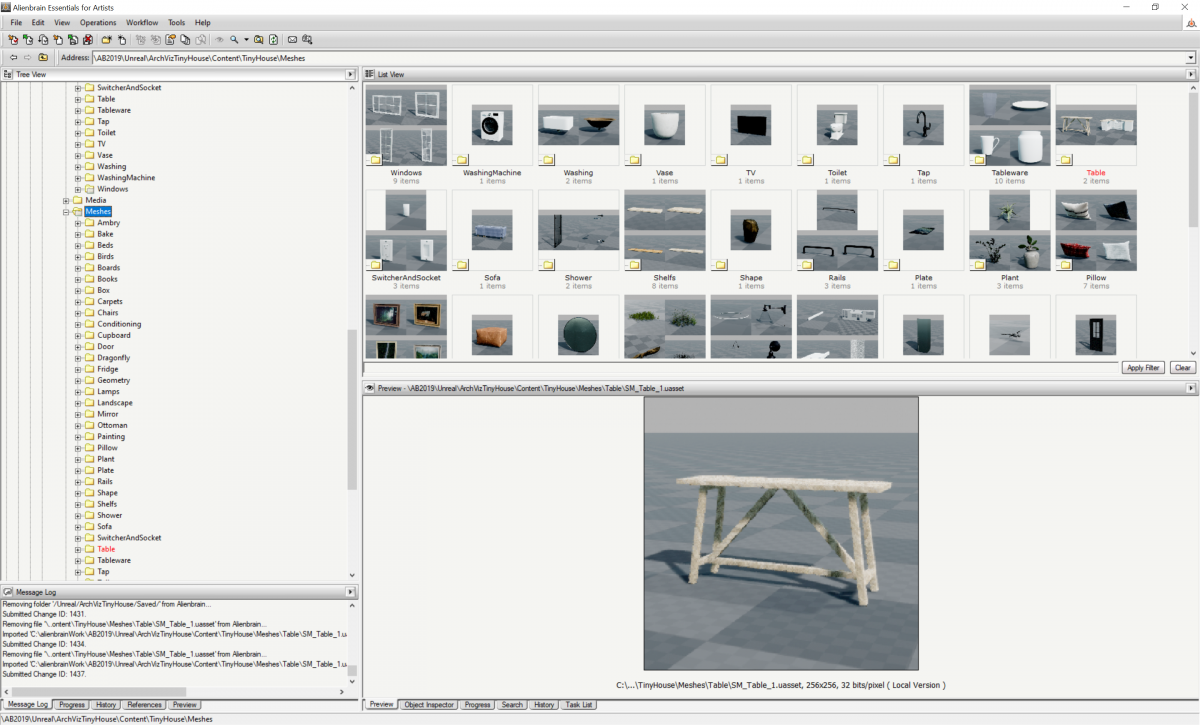 Alienbrain users can browse through their files visually, thanks to thumbnail images. Image source: Alienbrain. (See enlarged detail below.)

Alienbrain combines file storage, version control, and collaboration functionality. The Alienbrain server manages all project files, preserving historical versions and a timeline for each, so changes can be undone by reverting to an earlier version.

The key feature of Alienbrain 2019 is a new integration with Unreal Engine, a 3D content creation engine that is increasingly being used in design visualization projects. “Unreal is going places, it has a lot of potential,” Johns commented. Just as Unreal — which began life as a video game engine — is expanding into the realms of CAD and architecture, “I feel that we can also move in those directions,” Johns said.

“Working in Unreal is just a nightmare if you’re in a team of more than five to ten people, because you can’t keep track of what’s happening,” Johns said. With the Alienbrain integration, users can check out, check in, and version scenes and other Unreal assets automatically. 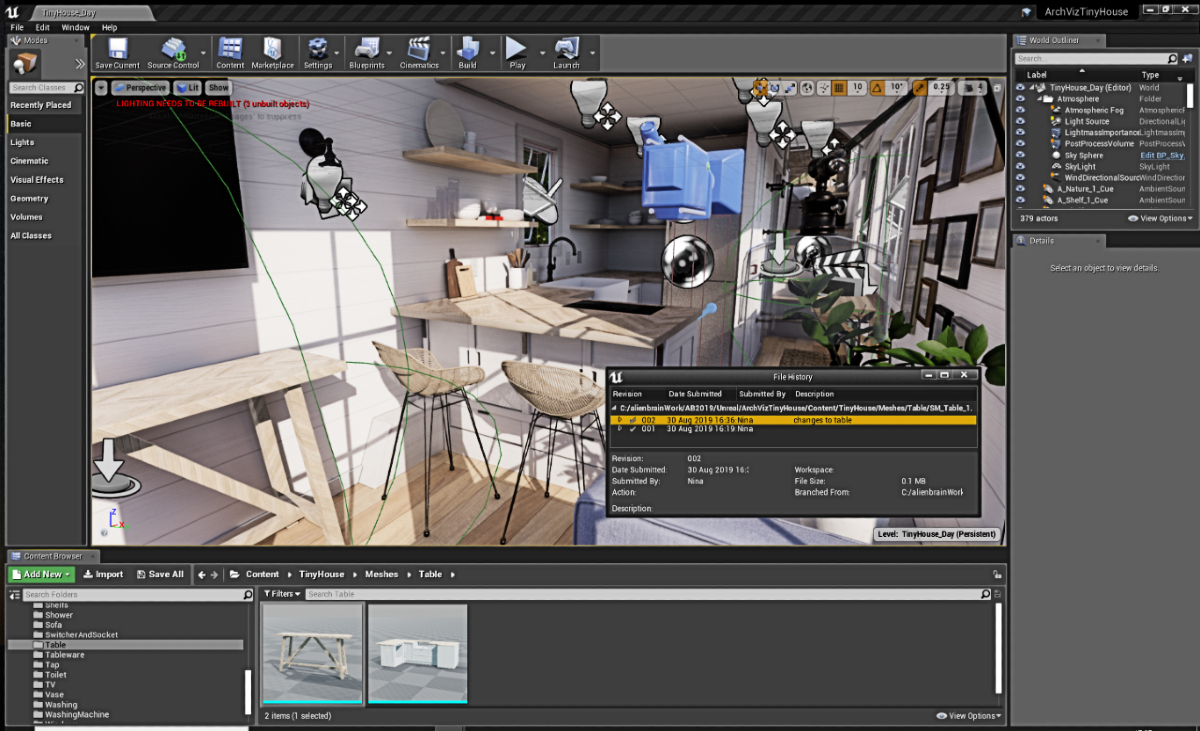 To ensure that users can’t step on each other's toes, files are automatically locked when someone checks them out from the server. Other users can see which files are currently unavailable, and which users have access. Image source: Alienbrain. (See enlarged detail below.)

Alienbrain also features integrations with a variety of other applications, including Adobe Photoshop, Autodesk 3ds Max, and Autodesk Maya. Although these plug-ins simplify use — allowing users to access files in the Alienbrain repository without switching applications — Alienbrain can manage “basically every file you can think of,” said Johns — both 2D and 3D.

His company is looking at AutoCAD integration, Johns said, and may launch it in 2020. Autodesk Revit and the Unity 3D development platform are also on the list for the future. “3D management is very important to us,” Johns said.

Alienbrain 2019 also introduces a new subscription pricing model. Whereas the software was previously sold with a perpetual license for $895, the new subscription plan costs $250 for per user per year. (This price is for the mid-tier Alienbrain package, which includes integrations; cheaper and more expensive options are also available.) A free trial version of Alienbrain 2019 is available for download, enabling team to test it out for 30 days — or potentially longer if needed, Johns said.

Johns expects the new pricing structure will increase accessibility — especially for smaller firms and startups — and Alienbrain is trying to cater to creative teams of all sizes. “Even if you’re a two-person team, it’s useful to have [Alienbrain] behind you, looking after things,” he said.