Dassault Systèmes eDrawings has been around for many years as an option for CAD users to share models with project team members who may not own or use a given CAD application. CAD users can access the free eDrawings Publisher add-on to convert SolidWorks, AutoCAD, Autodesk Inventor, Pro/ENGINEER, CATIA V5, Unigraphics/NX, SketchUp, and other types of 2D drawings, 3D models, and 3D animations into eDrawings files that are viewable on any PC or Mac that has installed the free eDrawings Viewer.

Now, Dassault Systèmes has introduced a mobile version of the popular viewer: eDrawings for iPad. Currently the tool is the only viewer available for the Apple tablet that works with native SolidWorks drawings, parts, and assemblies as well as AutoCAD DWG and DXF files and eDrawings files. We decided to take the mobile app for a test drive in Cadalyst Labs.

To purchase the application, visit the Apple App Store and search for eDrawings. A couple of clicks are all that you need to start the automatic installation process. I tested eDrawings for iPad v1.1.0 (build 13.0.0.1051, released in June 2012) on an iPad 2 with Wi-Fi only. E-mail and file storage sites such as Dropbox are the most common methods for transferring files to and from the iPad; Dassault suggests iTunes File Sharing as well. After installation, tap the eDrawings icon, and the app will start running in just a few seconds. It comes with a handful of sample drawings and models; the time needed to open these samples ranges from 6 to 18 seconds.

An icon in the upper-left corner of the easy-to-understand user interface offers assistance in drawing navigation, explaining the difference between using one, two, or three fingers to navigate files. You can zoom, pan, and rotate models using standard multitouch gestures. A button in the lower-right corner gives you access to standard isometric and orthographic views (figure 1), while the Home button returns you to the initial view. The app supports exploded views (figure 2) for eDrawings assembly (EASM) files. While you are viewing an EASM file, the Play button rotates the model through the orthographic and isometric views, pausing at each one; just tap the screen to stop. 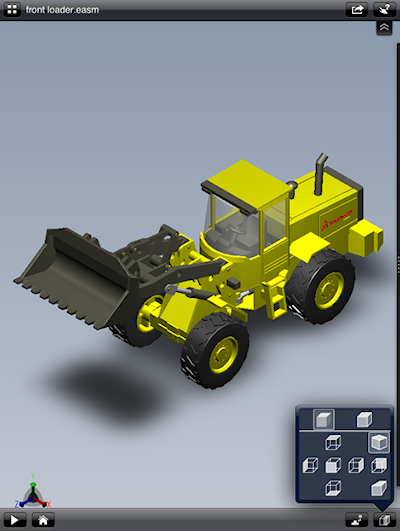 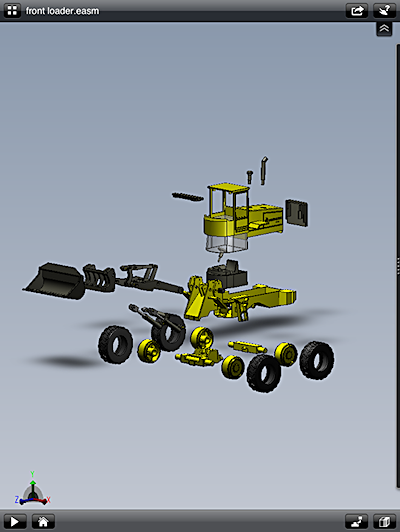 For drawing (EDRW) files, the Play button operates similarly, except that the 2D dimensions are overlaid on the model at each orthographic view stop. A small button toggles full-screen mode, and a second button sends the current file as an e-mail attachment. A tiny fly-out menu (figure 3) on the right side of the viewer expands to display various functions, which vary depending on the type of file you are viewing. For assemblies, a list of components is available for individual review. You can hide, show, and make components transparent. For drawing files, the fly-out panel lists the sheets available for viewing. 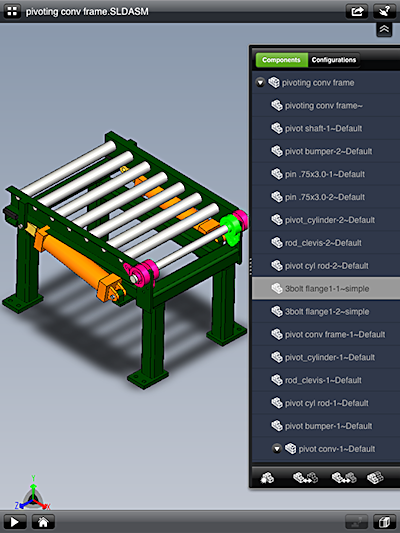 Figure 3. Use options in the fly-out menu to isolate and control individual parts.

When I opened the e-mail message on the iPad, the drawing attachments displayed with the eDrawings icon. I tapped the icon and the file was added to the User Files section of the eDrawings app. From there, opening the file required just one more tap.

Viewing these SolidWorks files works the same as the sample files described above; and while you cannot explode an assembly (SLDASM) file directly, save it as an EASM file and then you can explode the assembly.

I noticed that each time I received an e-mail with multiple eDrawing attachments, the first attachment file would open, but subsequent attachments would not. It is unclear whether this is a problem with eDrawings or with the Apple Mail app — but it is definitely a limitation. Note that the iPad does not handle ZIP files.

eDrawings is not an iPhone app doctored up for the iPad. This is a robust iPad app for viewing native SolidWorks parts, assemblies, and drawings; AutoCAD DWG and DXF files; and other file types that have been converted to the eDrawings format. eDrawings delivers on its promises very well and has a smart and simple user interface. If you need a CAD file viewer for your iPad, you will want to add this affordable app to your toolbox soon. Highly Recommended.

Editor's note: After this review was finalized, SolidWorks introduced EDrawings Pro for iPad ($9.99). On top of basic eDrawings features, the Pro edition adds dynamic cross-section views, measurements, mark-ups and annotations, the ability to share drawings by e-mail, and more. The app will be on sale for $4.99 through late November 2012.

About the Author: R.K. McSwain