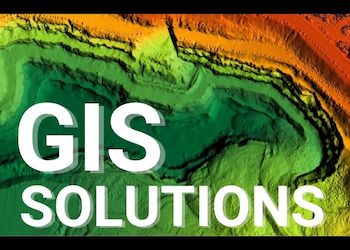 With the dramatic growth of electric vehicles (EVs), needs are steadily mounting for more EV charging stations around the world. The location of charging stations is a key challenge facing numerous public and private agencies, and GIS is playing a prominent role in addressing the issue.

According to the International Energy Agency (IEA), the total number of electric cars on the world’s roads exceeded 16 million in 2021, more than three times the amount in 2018. With continued EV growth expected, the IEA, in its Global EV Outlook 2022, notes that the amount of planned public charging infrastructure might be insufficient to power the projected EV market. Most EV charging currently occurs at residences and workplaces, but public charging stations will likely play a larger role as consumers seek more options for EV charging and governmental agencies strive to provide equitable public charging infrastructure. 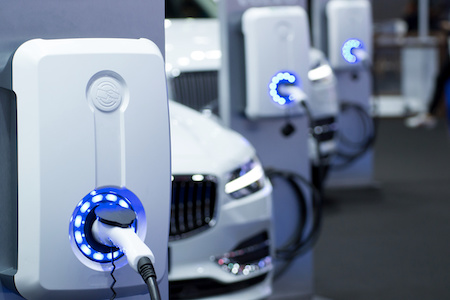 In the U.S., EV infrastructure expansion plans received a boost in September when the federal government announced more than two-thirds of state EV infrastructure deployment plans were approved under the National Electric Vehicle Infrastructure (NEVI) Formula Program, established and funded by the 2021 Infrastructure Investment and Jobs Act. With this approval, these states can access more than $900 million in NEVI formula funding from FY22 and FY23 and $5 billion available over five years to help build EV chargers. Approval of the remaining state plans was expected to follow shortly thereafter.

“Making electric vehicle charging accessible to all Americans is critical to achieving a transportation sector that improves our environment and lessens our dependence on oil and gas,” said U.S. Secretary of Energy Jennifer M. Granholm in a statement. “This first group of 35 plans from states, the District of Columbia, and Puerto Rico now have the green light to build their pieces of the national charging network to ensure drivers can spend less on transportation costs while commuting confidently by charging along the way.”

For state and local governments and private consultants who provide infrastructure-related services, the federal approval will likely mean more work to plan, design, and construct EV charging stations. Some agencies and firms have already been busy assessing where to locate public charging stations, often using GIS tools to analyze needs and possible sites. Global consultancy Arup, which provides planning, engineering, environmental, and other services, has been actively working on platforms and projects related to EV site selection and sees the federal action advancing planning efforts toward construction.

“This is the largest federal commitment ever to vehicle electrification, and it will significantly accelerate the build-out of a more substantial and viable charging network across the United States,” said Kate Fichter, associate principal at Arup and the firm’s Americas East transportation decarbonization leader. “Federal actions like the recent bipartisan infrastructure law and the NEVI Program – especially the emphasis of both on the needs of historically disadvantaged communities – are encouraging signs that we are getting closer to our goal of a decarbonized and equitable transportation system,” she noted.

Some of Arup’s work in EV charging infrastructure has been focused in the Los Angeles area, which has one of the highest concentrations of electric vehicles in the United States. Working in partnership with the Los Angeles Cleantech Incubator (LACI) and three energy utility companies, Arup assessed the curbside EV charging infrastructure landscape in Southern California. From these findings, Arup developed Charge4All, an online platform that uses geospatial data to determine the suitability of potential EV charging sites. The tool can analyze data at various levels of detail to strategically determine where to deploy EV chargers while addressing equity and accessibility issues.

The Charge4All platform uses geospatial data to determine a site’s suitability for EV charging, displayed in a digital dashboard. The above sequence, from left to right, depicts outputs as analysis progresses from high-level to detailed-level. Image source: Arup. Click image to enlarge.

With numerous factors to consider in the site selection process, such as demographics, governance, and cost, GIS was a natural fit to assimilate data from multiple sources and display information graphically, according to Samantha Lustado, senior geospatial analyst in Arup’s Los Angeles office. The topic of EV charging site selection is, “On the intersection and frontier of digital, energy, transport, and mobility trends,” she said. “GIS was able to tease out all of those trends and have each one of those [trends] talking to each other.”

The varying level of detail presented challenges in developing the tool, according to Roland Martin, associate in Arup’s Los Angeles office. “You really need to consider the quality of data being used in each location,” he said. “Ultimately, as with any digital tool, you have to remember who your users are and what their needs are. For Charge4All’s primary audience, which has been elected officials, utilities, and community leaders, we designed the analysis for each deployment around the needs of each client,” Martin noted. 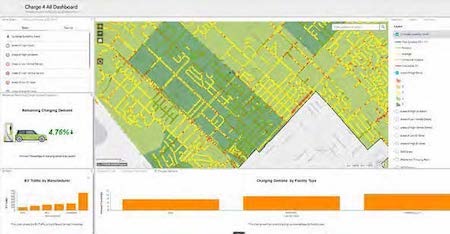 For stakeholder LACI, Charge4All has helped prioritize equity when considering charging sites. In the report, “Establishing Curbside EV Charging to Serve All,” Michelle Kinman, LACI director of transportation stated: “A greater network of curbside EV chargers has the potential to provide much needed charging opportunities for those that do not have access to at-home charging, particularly residents of multi-unit dwellings.”

GIS tools are also being used to study EV charging needs in other regions. The Delaware Valley Regional Planning Commission (DVRPC), the metropolitan planning organization (MPO) for the greater Philadelphia region, partnered with the University of California, Davis and the New Jersey Department of Environmental Protection to identify opportunities for expanding public charging infrastructure. Using UC Davis’ Electric Vehicle Planning Toolkit, which has been used in numerous areas across the U.S., the team studied where EVs are located, where they are expected to be, and where the demand for workplace charging is expected to grow.

As an MPO, DVRPC found the analysis helpful in coordinating EV infrastructure planning across the region, according to Sean Greene, manager of DVRPC’s Office of Freight and Clean Transportation. “Where charging infrastructure is and should go is certainly of interest to our partners and member governments,” said Greene.

To assess site suitability, Greene said the DVRPC/UC Davis effort considered several key questions, such as what characteristics make a desirable site and where potential sites are located relative to primary travel routes, as well as what role government can play in supporting site development. “GIS is built to answer these questions,” said Greene, citing GIS’ capabilities to analyze diverse data such as roadways, traffic, parks, government parking lots, and public buildings, along with EV concentration, in pursuit of feasible charging sites. Highway interchanges with amenities, for example, could be identified as desirable charging locations by some agencies.

As part of the analysis, the DVRPC/UC Davis team studied Burlington and Camden counties in New Jersey to identify locations for county-owned chargers. Using DVRPC’s data on travel origins and destinations, along with county-provided lists of parks, libraries, and other public facilities, the team performed a proximity analysis to screen which facilities might best serve as charging locations.

Based on the analysis, the team developed recommendations for potential sites. One key consideration was the location of multi-family residential units, where residents may not have opportunities to use personal charging units. “We want to make sure infrastructure is well distributed and available equitably,” said Greene, noting that a similar analysis is planned for Montgomery County in Pennsylvania. 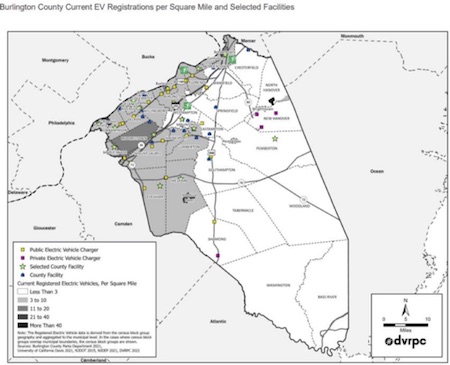 With planning for EV charging sites progressing on multiple fronts, the federal approval of state plans could translate into construction work in the near future, according to industry experts. “I think you’re going to see that planning effort turn into infrastructure pretty quickly,” said Greene.

At Arup, efforts are underway to apply knowledge gained in Los Angeles for other agencies in the U.S. and abroad. “There are several collaborations in development with a variety of public agencies, community choice aggregators, and private consultants to leverage the benefits of Charge4All,” said Lustado.

With the influx of funding imminent, the GIS-aided planning efforts could soon morph into a bevy of EV infrastructure design and construction work for engineers, architects, construction contractors, and other AEC professionals. Other charging alternatives may also become available, such as wireless inductive systems that charge moving vehicles via coils embedded in pavement. These systems have been tested in Europe and the U.S., and may be nearing commercial rollout.  For consumers, the planning, testing, and implementation of multiple EV charging options will ultimately lead to greater availability of public charging for years to come.