IMAGINiT Tricks Tutorial: Combine two 2D sketches to generate the geometry for a 3D sketch, or use one sketch and an existing surface.

While 2D sketches make up the lion's share of the sketches that are created in Autodesk Inventor, more complex parts may call for 3D sketches. These sketches can be used as the centerline of a sweep or loft, as the rail for a loft, or as an edge for creating a boundary patch. 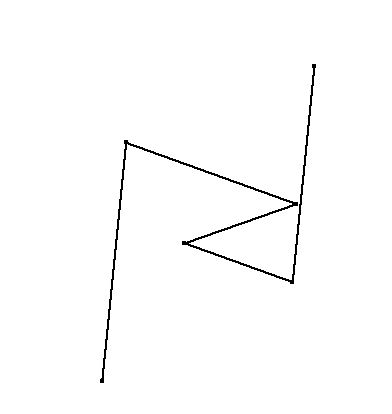 The only problem with 3D sketches is the difficulty in creating them. It is easy enough to create a 3D sketch such as the one above using the 3D line and arc commands, but what about the sketch below? 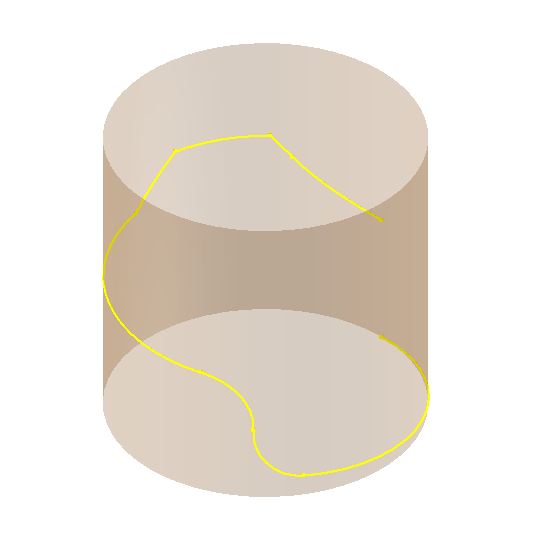 It may be possible to create it using the standard tools, but it would not be fun. This article covers two ways of creating complex 3D sketches with a minimum of headaches.

The Intersection Curve tools give us a couple of ways to create 3D sketches from 2D sketches. One of the most useful ways to accomplish this is by combining two 2D sketches. A 2D sketch only describes geometry in a single plane — the x,y plane, for example.

The figure below is a simple 2D sketch that defines the edge of an electric guitar body. For the comfort of the player, most guitar bodies have a contour cut into them, similar to the one shown here. 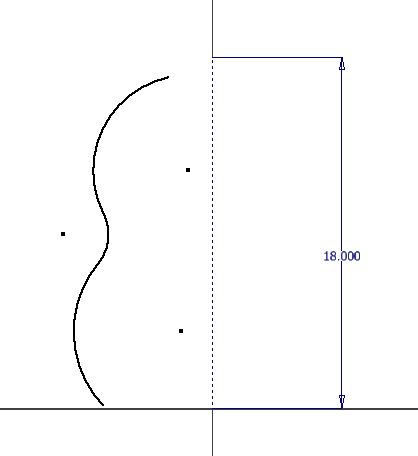 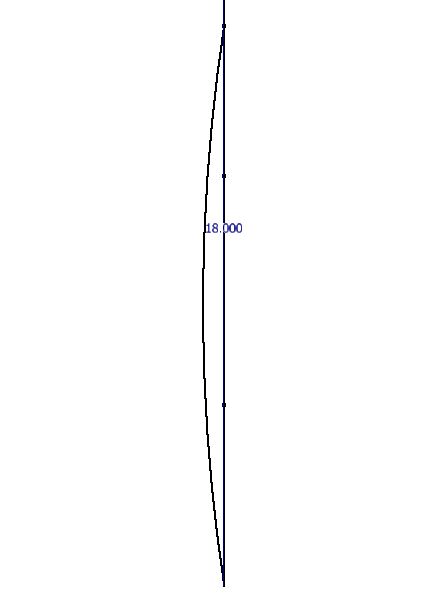 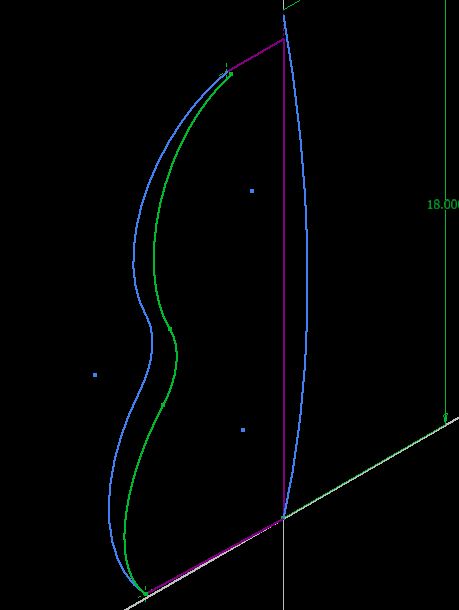 The next tool we'll examine, Project to Surface, allows the user to create a 3D sketch from one sketch and an existing surface. This method is particularly useful if the 3D sketch has to follow some existing geometry. In the example illustrated below, I have created a channel that follows the contour of the cylinder. 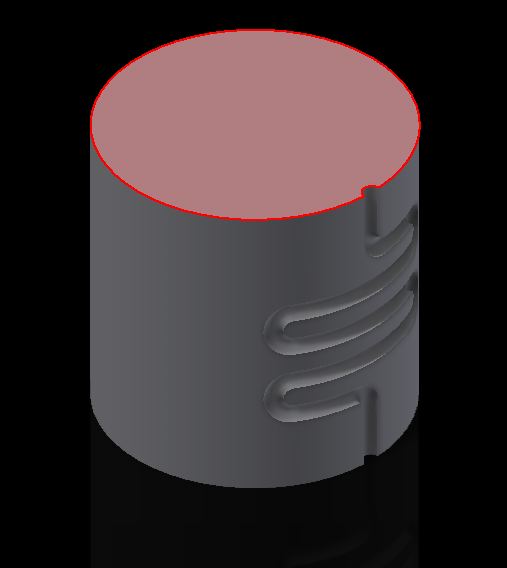 To create the channel, I first created a 2D sketch that fully defines the geometry that I want to wrap to the face of the cylinder. To do this, I created a work plane tangent to the cylinder, and created the sketch shown below. 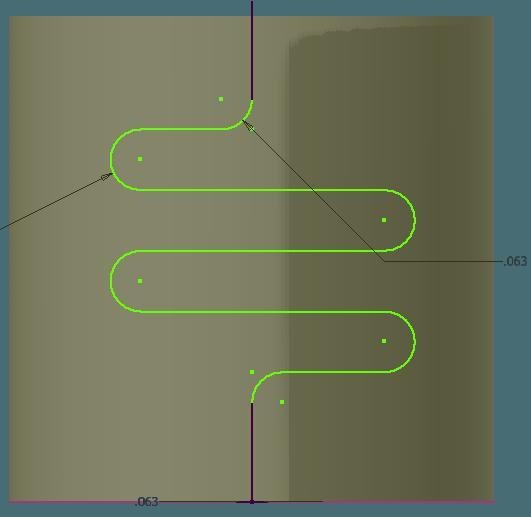 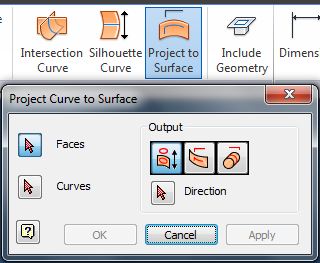 To use this option, I first selected the face of the cylinder to satisfy the face's input. Then I chose each piece of the curve that I wanted to project. This tool does not select the entire sketch, so you must click on each piece of geometry that will be projected. In my case, I wanted to select all of the curves in the 2D sketch that I had drawn for the purpose.

Once I had satisfied the inputs, I clicked the OK button to project the 2D sketch to the cylinder surface, creating a rather complicated 3D sketch. Once that was complete I sketched a circle on the end of the cylinder and used the Sweep tool to cut out the channel.

The Intersection Curve and the Project to Surface tools are great to have in your toolbox. Using these tools allows the user to create more complex geometry than is possible with other 3D sketching techniques. Combining the complex 3D sketches created with these tools with the Sweep, Loft, and Sculpt tools greatly extends the variety and complexity of shapes that you can create with Autodesk Inventor.

About the Author: Caleb Funk