Many companies started out in 3D design using Autodesk Mechanical Desktop (MDT), but since the software was discontinued in 2009, these files have generally not been used. As designers moved to Autodesk Inventor, there were ways in import MDT files using either their original MDT 2009 software or the Autodesk MDT version for Inventor. When Inventor 2013 arrived, however, this MDT version was not supported for importing files.

Now with the release of Inventor 2014, Autodesk has provided a method to import MDT part files directly into an Inventor assembly model. The part file is added to the assembly as a solid body linked to the original MDT file. It is important to note that the MDT features are not translated into the new part. 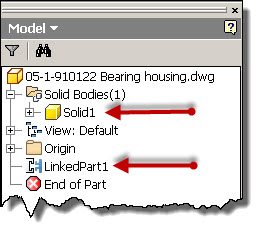 To get started, you must modify your Inventor project file. A library entry must be added pointing to the folder containing the original MDT files. You can label it as you desire. Once it's created, right-click on this entry, select Add Proxy Path, and point this to a folder location for the Inventor MDT converted files. If you are using an Inventor Vault project file, these two paths must be outside the project workspace. 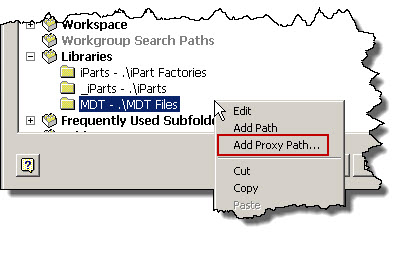 The final project file entries will look like the screenshot below. (Of course, your folder names may vary.)

Placing the MDT file into your Inventor assembly is very similar to the process for placing any standard part. Select the Place Component command from the Assembly Ribbon tab or from the right-click menu. In the Place Component dialog box, select the library folder containing the original MDT files. 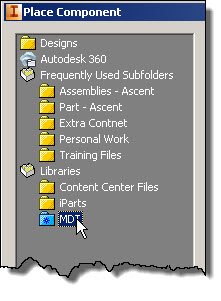 About the Author: John Hackney