IMAGINiT Tricks Tutorial: When using the Style Library Manager to migrate a previous version style library to Autodesk Inventor 2016, the resulting migrated Style Library will be set to Read Only, preventing the copy of styles across two different libraries. This tutorial provides a workaround.

In June of 2015, Joanna Gryszka wrote a great article highlighting a solution to fixing a read-only Autodesk Inventor style library, which caused issues when attempting to copy styles from one library to another. In working with a number of clients on upgrades of Inventor 2015 to 2016, this error showed itself time and again, but on occasion, applying the steps for the fix did not provide resolution.

One particular organization had two different departments that had upgraded from 2015 to 2016 on different dates. The group using Inventor 2016 had already migrated design styles and created new ones, all the while the Inventor 2015 group had continued to create 2015 styles. When both departments were ready to move forward on the same 2016 version, the styles were not able to sync because of the read-only style problem.

To ensure that Inventor 2015 design styles could be injected into the 2016 version, a manual workaround was devised to bypass the problematic Style Library Manager. This workaround prevented the need to recreate custom design styles from scratch in the newest version of Inventor.

Let’s look at the original issue, as Gryszka described it:

Using the Style Library Manager to migrate a previous version style library to Inventor 2016, you may see the resulting migrated Style Library being Read-Only.

You can't Copy styles from the migrated style library (options are greyed out) and/or Create a new style library will result in an error dialog box. 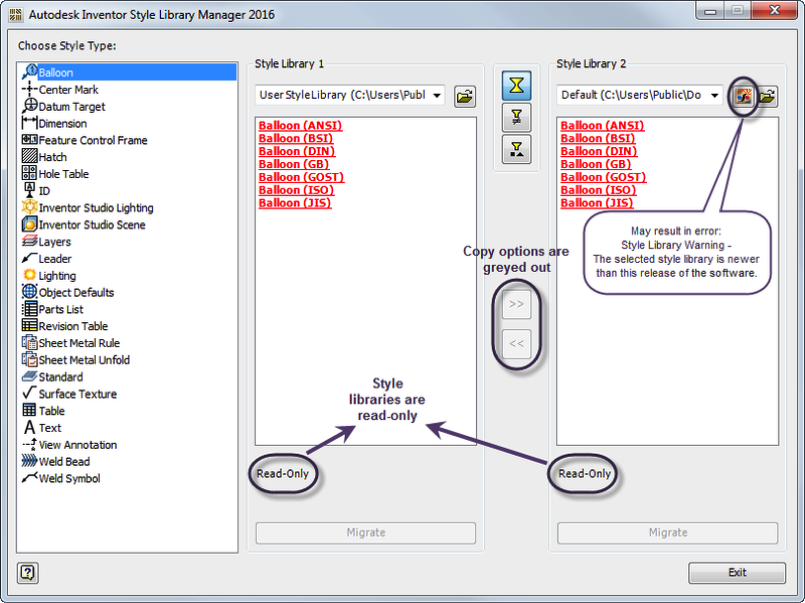 And the original solution, from Gryszka's article:

Here's the workaround to get rid of the error and migrate your settings:

You’ll know when the above solution has not been effective because the copy options buttons are still greyed out. You may receive fresh “Migrate” buttons that can be clicked, but using these buttons will recreate the problem all over again.

Important Reminder: As always, backup your design data prior to performing the following steps.

1. Ensure that the 2015 and 2016 Design Data folders have Read/Write access in Windows Explorer. 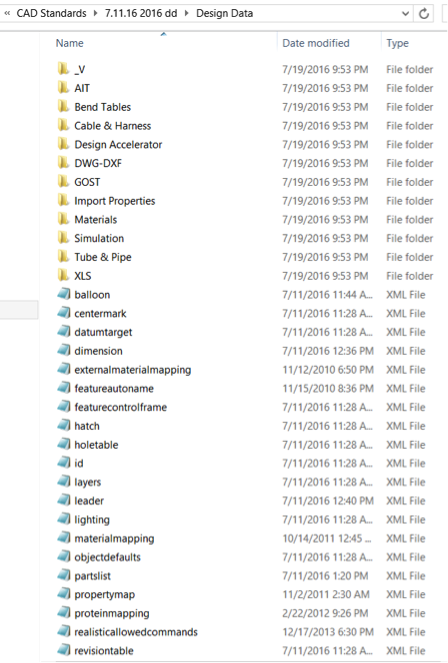 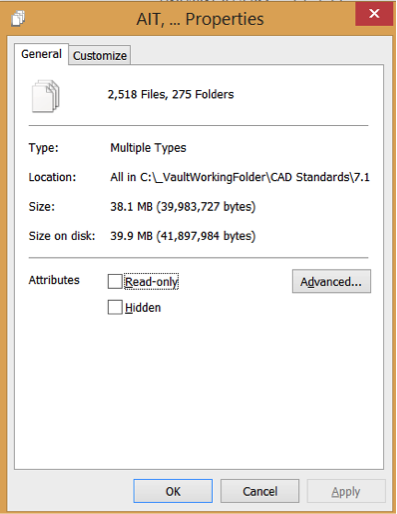 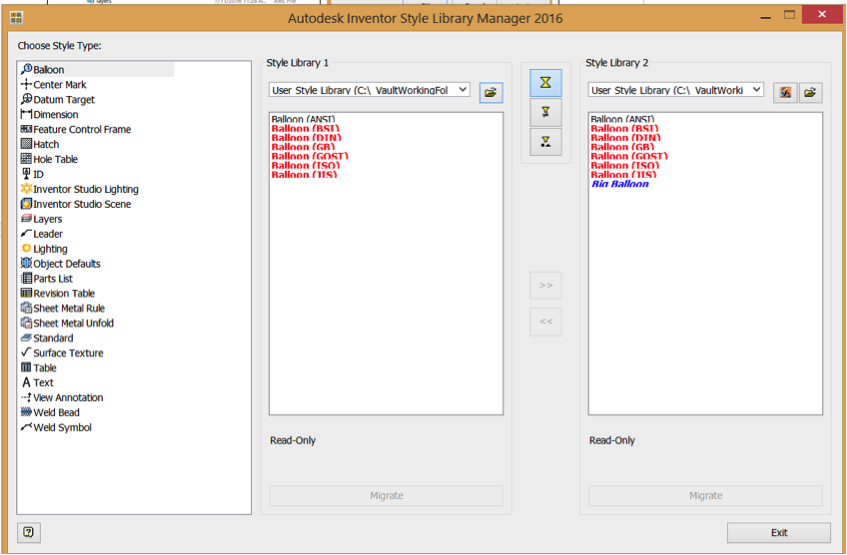 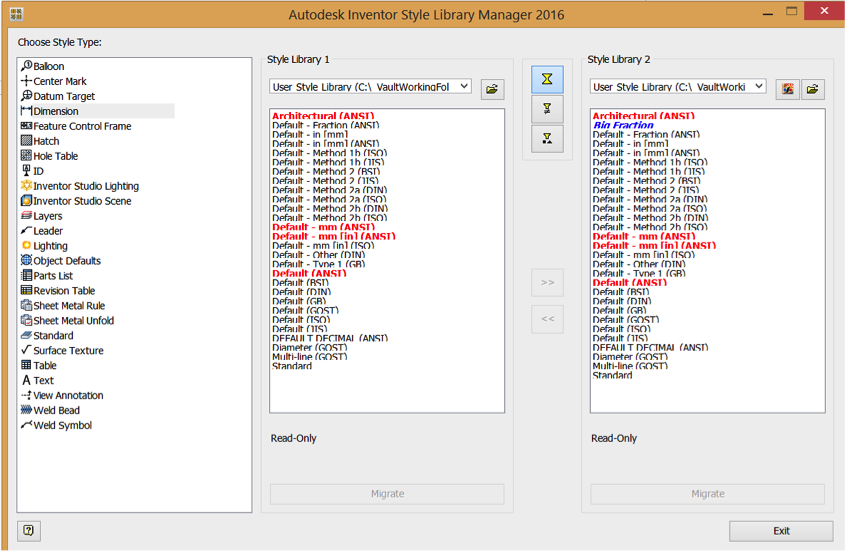 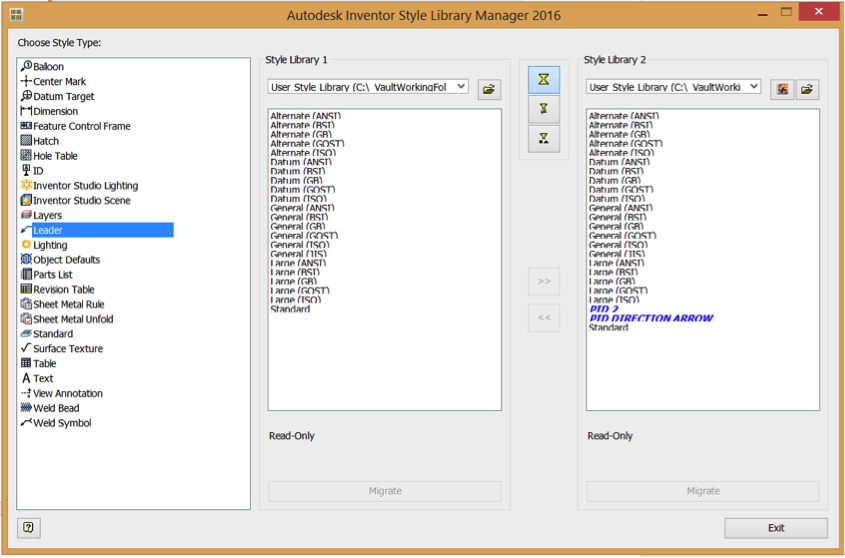 About the Author: Wyatt Schurkamp