Leonid “Len” Nemirovsky lived by his code that helping others is its own reward.


Cadalyst and the CAD community lost a dear friend when Leonid “Len” Nemirovsky passed away in May at age 66 following a battle with cancer. 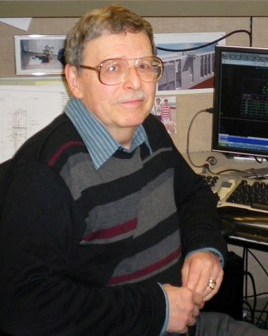 A devoted reader of Cadalyst for decades, Nemirovsky contributed nearly 150 AutoCAD user tips and AutoLISP routines published on Cadalyst’s CAD Tips site, plus countless others not cataloged. When it was active, he also enthusiastically contributed to Cadalyst’s “Hot Tip Harry” discussion forum, supporting his fellow AutoCAD users. “Whenever ideas are shared,” he once said about his frequent tip contributions, “the result is always greater than the sum of the parts.” That generosity of spirit extended to his Better Than Nothing AutoLISP web site, where he freely shared his collection of original code for AutoCAD.

In 2007, Nemirovsky won a year-long “Hot Tip Harry” tip contest; his prize was a trip to Autodesk University in Las Vegas. He remained in continual contact with Cadalyst editors over the years.

Nemirovsky was born in Harbin, China, in 1948 and moved with his family to Latvia when he was eight years old. As a young adult he hoped to become a history teacher and possibly an archaeologist, and he pursued work as a designer/drafter to support his studies at Latvian State University, he told Cadalyst in “User Profile: Tip Guru” in December 2012. He graduated in 1972 with degrees in modern history and philosophy and worked as a high school teacher, but found it a challenging pursuit during a time when students chafed at the government's official party line. He returned to his former employer, where he resumed work as a technician on hydroelectric and fish protection projects. He took engineering courses for three years, but those studies were cut short by his next big move.

In 1979, at age 32, Nemirovsky immigrated to the United States to escape the conditions in Latvia. “I worked hard and adapted to life in the United States. I got married, bought a house, and — most importantly — I am free here,” he said.

At the time of his death, he worked in the Hydro/Fisheries department of Jacobs Engineering near Seattle, where he had been employed for two decades as a structural design CAD technician. He worked primarily on fish facilities that allow wild salmon to travel through the dams on the Columbia River.

Nemirovsky was an AutoCAD user for nearly 30 years. “The best part [of my job] is creating 3D models of everything from dams and spillways to gates, pipelines, and steel constructions,” he said in his “User Profile.” “I am doing something I truly love: protecting fish, 3D design, a little bit of programming and AutoCAD customization, and sharing everything I know with my colleagues. I find that very rewarding.”

He launched the Better Than Nothing AutoLISP site around 1990. “Although lots of people provide that help for a price,” he told Cadalyst, “I decided that I must do it for free. One small routine made available to everyone can start an avalanche of ideas and more programs. Everybody learns and gains knowledge in the process, and the result can be very surprising.” He had hoped to update the site and move it to a better location, he said.

Nemirovsky loved Star Trek and other science fiction books and movies, as well as everything about real-life space exploration. He also occasionally drew cartoons. He is survived by his wife and mother in the United States.

Len Nemirovsky was one of a kind, and he will be dearly missed. Rest in peace, our friend.

Editor's note: If you benefited from Len Nemirovsky's AutoCAD tips and code over the years, please leave a comment below or e-mail it to nancy.johnson@cadalyst.com for posting.