MCAD Solutions: Use an NPD plan to help your company successfully bring new ideas to market. 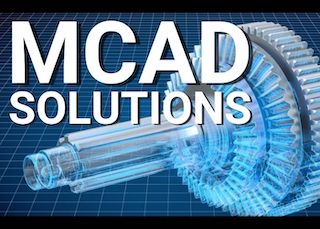 New product development (NPD) as a subset of engineering is not just for large manufacturers. Small and medium businesses (SMBs) in manufacturing also need an eye on what the market will require from them, both in the short term and for years ahead. No economic downturn lasts forever; companies that postpone NPD activities because of slumping sales will find themselves falling behind when the economy recovers.

We define new product development as specific designed steps describing how an organization moves from raw ideas to specific marketable products. There are key steps that even the smallest companies need to follow in order to succeed at NPD. 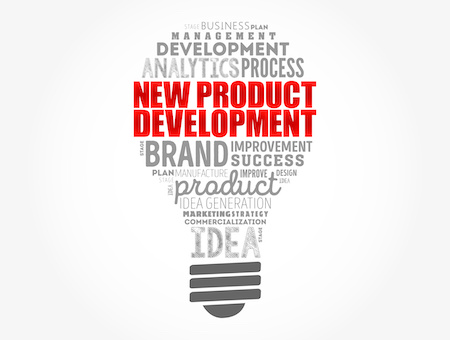 One: Immediately Save Everything Digitally

Does the new idea start with a random note? Move it from Post-It Notes to a Word document. Did a sales rep sketch an idea on a napkin over coffee? Turn it into a CAD sketch as soon as possible. Nothing should be left to chance or stuck in on paper that could be tossed out and lost.

Two: Keep It Simple and Certain

University studies suggest NPD for SMB manufacturers doesn’t require new software. What is important is that each company designs a simple process using existing tools, and then sticks to it. If your company uses Microsoft Office tools and AutoCAD, make them the backbone of your NPD.

Low formality is also important. Keep strategic planning informal in the early stages, to encourage broad input. Being agile means making it easy for anyone in the company to contribute an idea.

Sun Microsystems co-founder Bill Joy once quipped, “No matter who you are, most of the smartest people work for someone else.” His comment was not about trying to poach talent, but about the need to always be open to innovation, no matter where it comes from. For competitive reasons, while you won’t publish your NPD data online, you do need to make sure it is accessible to everyone in the company.

Design thinking can be practiced by anyone, not just engineers. Teams can use design thinking to define problems, challenge assumptions, and to make sure the customer’s needs are always held in highest regard. Remember the Three E’s of design thinking: Empathy, Expansive Thinking, and Experimentation.

NPD has many steps. Treating each one as a milestone makes it easier for everyone to pay attention and stay involved. Agreeing on priorities is a milestone. So is identifying a new product’s place in the company catalog. Use existing internal social media tools (or adopt some) to keep everyone up to date on each milestone.

NPD thrives when Management, Operations, and Manufacturing are all included in the process. An accountant may only look at an NPD process once, but can still identify why one specific idea just won’t work (such as a required supplier is terrible to work with). Manufacturing may know a less labor-intensive fabrication method, but had not previously bothered to share it with the engineering team.

Seven: Walk the Fine Line between Control and Chaos

NPD should be open to everyone, but centralized governance and decision making is also required. There will come a time when an idea will either be funded or dropped. The closer an idea moves toward reality, the smaller the group making final decisions about the design.