Expanding on its foundation as a design and product lifecycle management (PLM) software company, PTC has been working to position itself as a leader in the turbid Internet of Things (IoT) space. During yesterday’s ThingEvent, which was held in Boston, President and CEO Jim Heppelmann explained:

“At PTC, we realized we needed to transform our technology portfolio to align with the transformation happening in products today, so over the past two years, PTC has invested more than $700 million dollars to expand our technology platform in a way that leverages our proud heritage with physical products together with new technology for connectivity and cloud-based product capability.”

Embracing the world of smart, connected products, however, is not enough. “We believe the world today has yet to achieve the full potential created by the convergence of the physical and digital world. Everything about the product has converged, except for how we interact with it — that actually remains somewhat separate and distinct,” Heppelmann noted.

PTC intends to fill that interaction gap with augmented reality (AR), which combines hardware and software technologies to supplement real-world views with digital information, such as CAD models annotated with descriptions or repair instructions. “It converges and melds together the digital and physical worlds into a single unified visual experience,” said Heppelmann. The Vuforia software platform, which PTC acquired last year, enables developers to create AR applications — more than 25,000 so far — for mobile devices including smartphones, tablets, and digital eyewear.

AR is growing quickly, and has found its way into applications as commonplace as children’s toys and consumer product marketing. PTC, however, maintains that these applications are secondary to the most promising AR arena. “Augmented reality is really taking off, but it’s going beyond just games and entertainment; it’s changing life as we know it, where we can see and interact with the physical things we find all around us — even things in the enterprise,” said Charlie Ungashick, PTC CMO. Validating product designs, monitoring operations, and instructing service personnel are among the many enterprise applications PTC envisions. 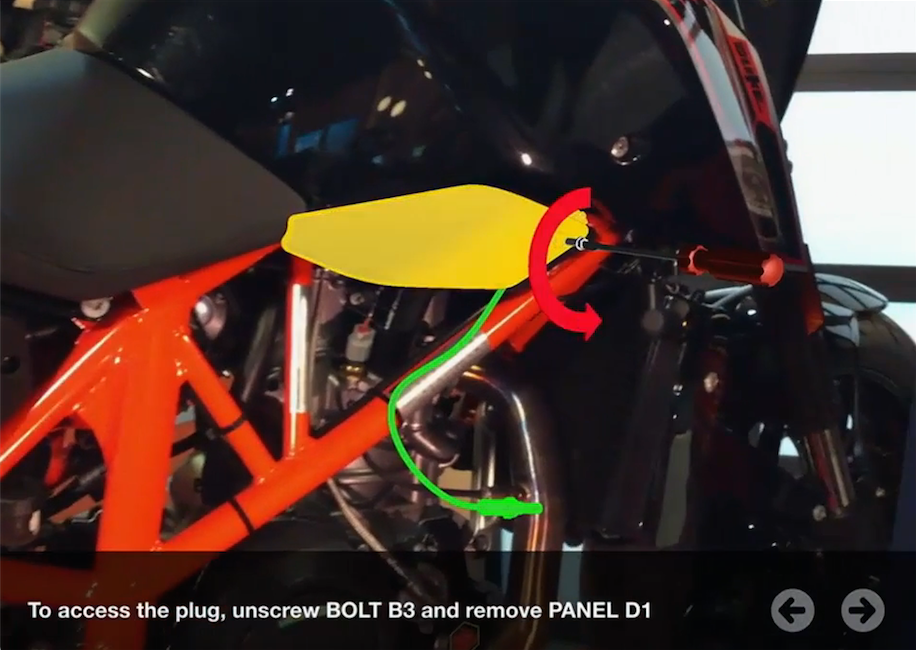 Service personnel working on an unfamiliar system, such as this KTM motorcycle, can immediately identify particular parts and be guided through a repair process with the help of an AR view that provides instructional labels and animations.

During ThingEvent, PTC affirmed its dedication to furthering IoT and AR use in enterprise applications. The company announced new enterprise-focused features for Vuforia, including support for Windows 10–based devices, including Microsoft’s Surface Pro 4 and Surface Book.

It also introduced the VuMark solution for anchoring AR experiences to any object by placing a VuMark on it. Placing a code on an object to trigger AR interaction isn’t a new concept — designers have for some time been using QR codes and the like for that purpose. What differentiates VuMark is that it encodes data, such as a URL or a product serial number, in a customized, colorful logo or other image that the designer chooses.

A VuMark can be designed to match the colors and style of the object it identifies. In these examples, the encoded information lies in the irregularly patterened borders of each design.

Support for Windows 10 and VuMark will be publicly available to all developers in spring 2016. It will also be available to selected developers as part of the Vuforia Early Access Program. 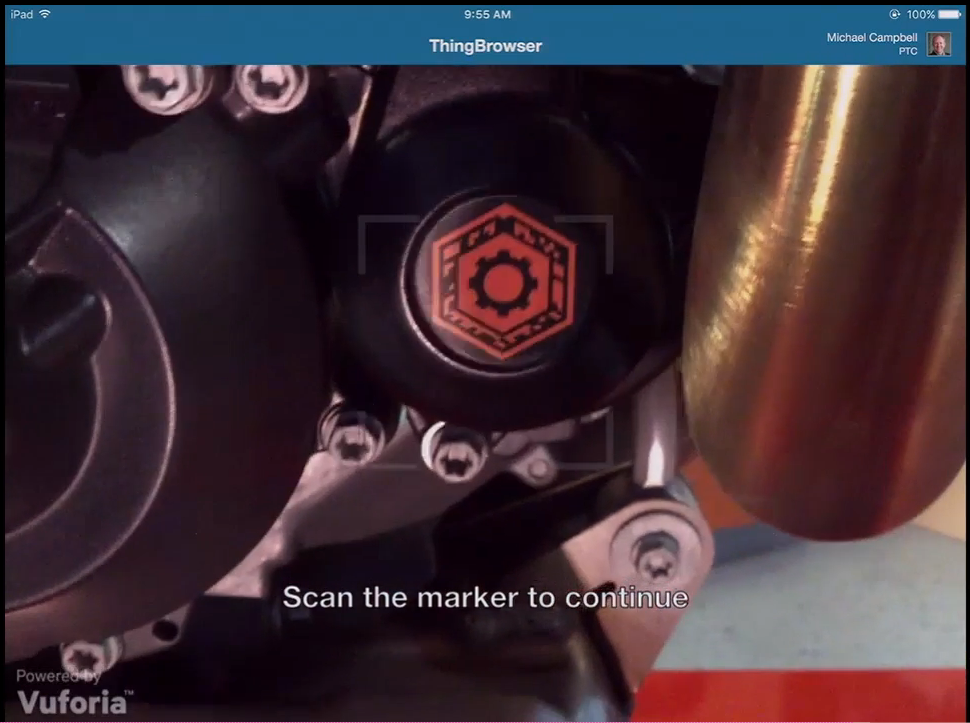 A technician can use a mobile device to scan the VuMark on this KTM motorcycle and access repair guidance.

PTC also announced ThingX, a multipart project in the works that will expand the company’s IoT platform with additional capabilities. To wrangle the delivery of myriad purpose-built apps that control various connected devices, the company is developing ThingBrowser. This app can identify all types of smart, connected objects and deliver the corresponding experience based on the type of user, their location, and the object in question. ThingServer, another component of the ThingX project, will serve content to the ThingBrowser.

Using ThingBrowser to scan the VueMark on this KTM bike enables the user to access a marketing experience and — provided the user is authenticated as a service technician — a service experience.