Ads help support our ability to provide you all our articles and papers at no cost to you. Thank you for your consideration and support.
MicroStation

With Connect Edition — its new generation of infrastructure project design, collaboration, and management products — the software developer seeks to encompass all project participants.


While its competitors may be content with using consecutive version numbers or appending the year to their software titles, Bentley Systems — not one for conventional naming strategies — is updating its V8i generation of infrastructure products to Connect Edition. The new name is meant to reflect an inclusive workflow that encompasses all project participants and a hybrid computing environment of desktop modeling applications, cloud services, on-premise servers, and mobile apps. The unconventional Connect Edition naming continues with the Bentley Navigator "app-lication," a term intended to indicate users of the desktop application and mobile app will have the same Navigator software experience. "Uniquely, it's the same code, the same environment — we've done this right," commented CEO Greg Bentley.

Microsoft’s Azure cloud platform serves as the hub of this broad network of users and devices in Connect Edition. It also provides the horsepower for optioneering, or quickly working through multiple engineering scenarios and their costs to find the best of the bunch. For example, with SITEOPS site-optimization software — which Bentley acquired in September — users can determine the most economical site layout option, the one that provides the most parking spaces, or the option that best meets both of those criteria. "That's not been possible before, and is now globally available through Bentley Systems," said Greg Bentley.

The connectedness of Connect Edition extends to users of the previous version. The DGN file format has not changed with the update, so V8i modeling applications are compatible with both MicroStation and ProjectWise. "With Connect Edition, we don’t change the file format, so you can mix and match V8i and Connect Edition in a common Playbook," noted Senior Vice-President Bhupinder Singh, referring to the collection of applications and apps recommended to address each project’s requirements. (A Playlist, in contrast, is a compilation of applications and apps specific to a participant's role, and includes personalized learning paths.)

The ProjectWise Essentials project design integration environment, which was launched in September, is in keeping with the theme of cloud-powered inclusiveness. Because it doesn't require system or server administration, Bentley hopes it will enable smaller design firms to take advantage of ProjectWise. "It's a great step in our mission to deliver ProjectWise for everyone," said Nicole Stephano, Bentley's senior manager of Information Mobility.

Bentley Systems announced Connect Edition at its Year in Infrastructure Conference, held last week in London. The annual event comprised media sessions, forums dedicated to various aspects of infrastructure, and keynote addresses, but the star of the show was the Bentley user projects up for recognition. From a field of some 250 entries originating in 49 countries, 54 finalists were selected to compete for the Be Inspired awards — three in each of 18 categories. Those 18 winners, plus seven Special Recognition award winners, were announced during a conference banquet.

The Five-hundred-meter Aperture Spherical radio Telescope (FAST), a joint project of the Beijing Building Construction Research Institute, the Beijing Institute of Architectural Design; and the National Astronomical Observatories, Chinese Academy of Sciences, garnered wins in two categories: Innovation in Structural Engineering and Advancing Dimensions in Infrastructure. In addition to the enormous size of the telescope, the remote and rugged build site posed its own challenges. Bentley Navigator helped the team simulate construction, and decide on the best locations for cranes and materials transport vehicles. 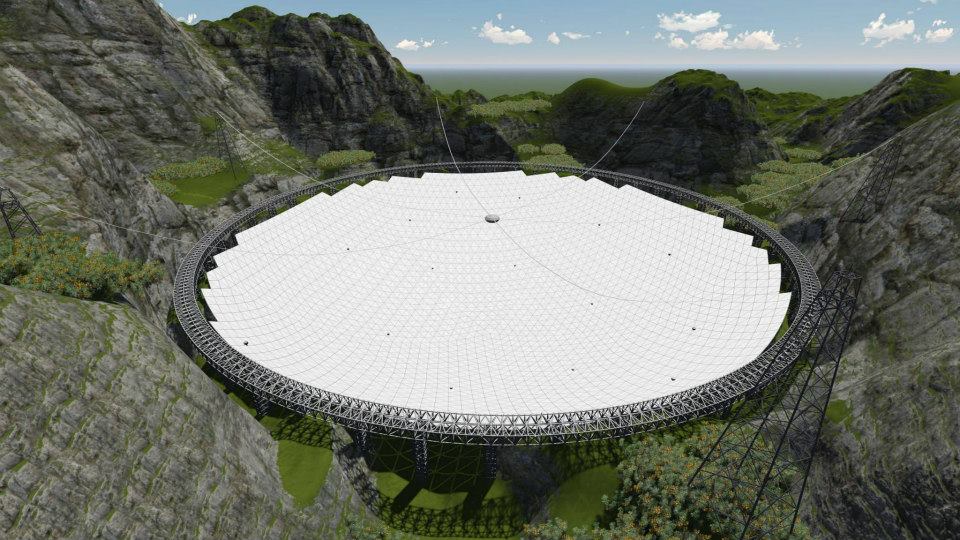 FAST covers an area roughly the size of 30 soccer fields; the panels composing the surface are held in place with cables that allow for adjustment of the curvature.  It is due for completion in 2016.

The conference placed a strong emphasis on projects that demonstrate the benefits of building information modeling (BIM). Keynote speaker Andrew McNaughton, technical director for HS2, explained that BIM is fundamentally important to Britain's new high-speed (HS) rail project: "It's our lifeblood; it's our central nervous system." That's in part because the safety and cost ramifications — the project will require about $80 billion of taxpayer money — mean that HS2 must perform to a very high standard. "Everything about this has got to be right — we can't go back, there is no recovery," said McNaughton. "BIM is our only way forward."

With BIM, the HS2 team can explore the operation and maintenance of the train system virtually to verify the design. They can also use gViewer, an interactive route viewer, to show government representatives, residents, environmental defense groups, and other stakeholders a very detailed, accurate "digital railway" to help them evaluate the likely impacts on their communities. "Without it, we have no means of getting planning permission," asserted McNaughton, noting that there's no other way to engage with every community the railway will pass through. "Without BIM, we'd have given up already."

McNaughton did acknowledge, however, that implementing BIM is a challenge that goes beyond the technical. "It's a cultural project, it's a changing-the-wiring-in-people's-heads project — and that's hard," he said. 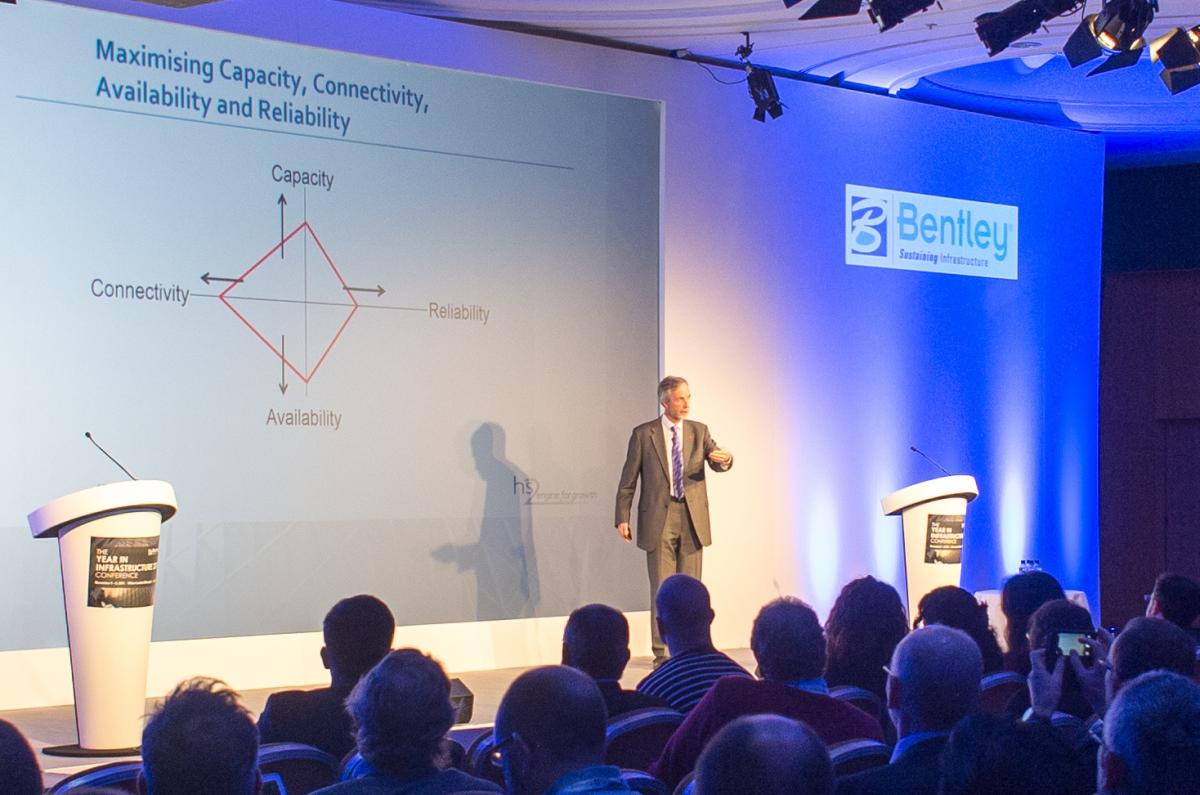 McNaughton discusses the crucial nature of BIM and explains that enhancing the performance of one of the rail project's interconnected goals will have a negative impact on the others.

Trimble and Bentley Systems are pooling their resources to develop construction modeling solutions that will preserve all the information inherent in BIM models, while also providing the clearly defined instructions and as-built data integration capabilities that survey and construction personnel need to complete particular tasks on the job site. Construction modeling "fills the gap between what construction needs and what design has done," commented Vitelli.

The Connect Edition versions of Bentley's products will be available as follows: