ActCAD is one of the few products in this roundup that supports the DGN file format used by Bentley Systems MicroStation; the technology is in ODA’s Teigha, but not every Teigha developer takes advantage of it.

ActCAD claims to strike a delicate balance between capability and price. It comes in Standard ($149) and Professional ($199) versions. Add-ins available for purchase include a 5,000-block library, image-to-DXF conversion, PDF-to-DXF conversion, block attribute export to Microsoft Excel, and more.

Suzhou Gstarsoft
GStarCAD
GStarCAD is one of two 2D products from China available internationally; both have been dogged by legal issues in recent years. GStarCAD launched in 2009, using technology from both ITC and ODA. In 2013 it shed its ITC origins with a new user interface developed internally — but ITC is not so sure the new GStarCAD is a com-pletely original rewrite. In May 2015, ITC sued Suzhou Gstarsoft in U.S. court, seeking an audit and unpaid dues. The case has not been resolved, and both sides claim grievances against the other. GStarCAD has done well in technical reviews. It remains a member in good standing with the Open Design Alliance, so its underlying CAD engine is sound. It’s priced at $549 and up, depending on add-ons. 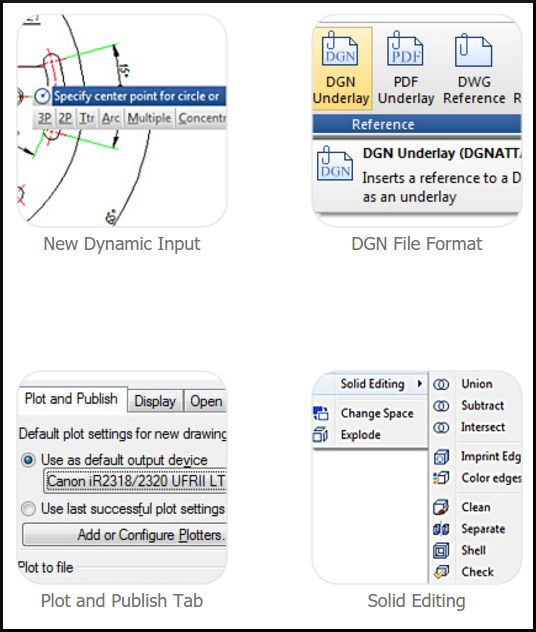 Despite an ongoing lawsuit with the IntelliCAD Technology Consortium, Suzhou Gstarsoft has released a GStarCAD update for 2016, including DGN underlay. Image courtesy of Suzhou Gstarsoft.

ZWSoft
ZWCAD
ZWSoft was in the news in 2015, in a way no software company wants to make news. After being hit with Autodesk lawsuits in the Netherlands and the U.S., ZWSoft settled late in 2015, admitting an employee added code taken from AutoCAD into its drafting program ZWCAD. It immediately stopped selling the product and reverted to its previous version, renamed ZWCAD Classic.

Despite the lawsuit, ZWCAD has maintained an aggressive market presence. It uses the ODA Teigha engine, but is known to make further tweaks to fine-tune ZWCAD for increased DWG compatibility. Prices for the English version range from $599–$949 for a perpetual license, depending on feature set. ZWCAD is one of the few vendors in this roundup that offers a computer-aided machining (CAM) add-on.

ProgeSoft
ProgeCAD
Founded in 1985 in Chiasso, Switzerland, ProgeCAD is one of the oldest of the original “AutoCAD clones” that survives today. It claims 150,000 users from all CAD-using professions. Its marketing positions ProgeCAD as a competitor to AutoCAD LT. ProgeSoft was a founding member of the IntelliCAD Technology Consortium. 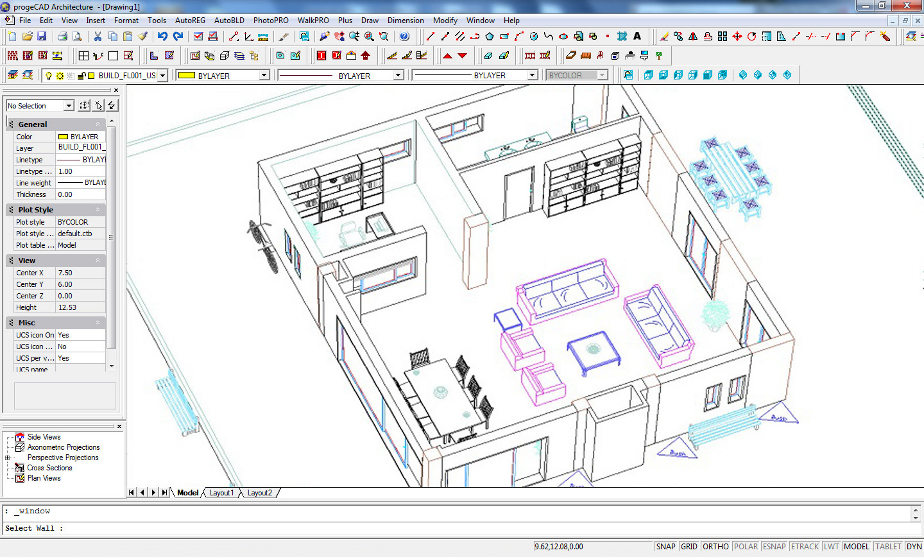 ProgeCAD is sold with add-on modules for architectural (shown) and mechanical design. Image courtesy of ProgeSoft.

ProgeSoft takes great pride in customer service, which is split between the vendor and its network of local dealers, the latter of which is the only means of acquiring the software. Prices vary by locality but are always less than the local price for AutoCAD LT. ProgeCAD is available for both Windows and Mac.

The products in this section were not created to mimic the user interface or the file format of AutoCAD. But like virtually every CAD program on the market today, they can import and export DWG. Their strengths lie elsewhere: in a large feature set (MicroStation), in simplicity of use (VersaCAD), or in price (TurboCAD). Having been around about three decades, all three products are approximately the same age as AutoCAD.