Linear stress and modal analysis are the first wave in the company’s planned rollout, with thermal and fatigue analysis still in the works.


Last week, Autodesk announced the addition of simulation capabilities to its Fusion 360 software, which are available to all users at no additional cost. Fusion 360 is a cloud-based product development platform that combines CAD, computer-aided machining (CAM), and computer-aided engineering (CAE) tools.

The new simulation capabilities are fully integrated into the Fusion 360 workflow. Users can perform both linear stress and modal analysis. They will be able to define materials and add constraints, and add loads to solve for weaknesses in their assemblies, while staying within a single design environment. Results can be shared with remote users via a live design review. 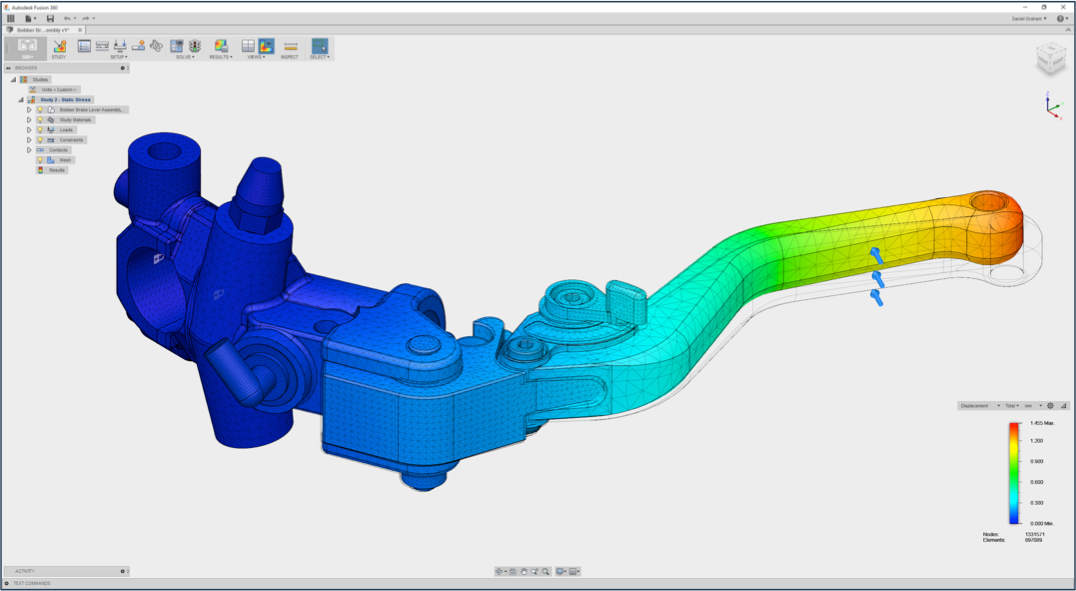 With the new update, users can perform both linear stress and modal analysis in Fusion 360.

Team collaboration in Fusion 360 has been enhanced with real-time multiuser design review, improved commenting, the ability to move projects across hubs, and an improved A360 experience. Users can now share a link with remote teammates or stakeholders, who can view an active model live in a web browser as it is manipulated in real time.

Drawings in Fusion 360 will also be enhanced, allowing users to draw associative centerlines and center marks in addition to aligning and renumbering balloons. 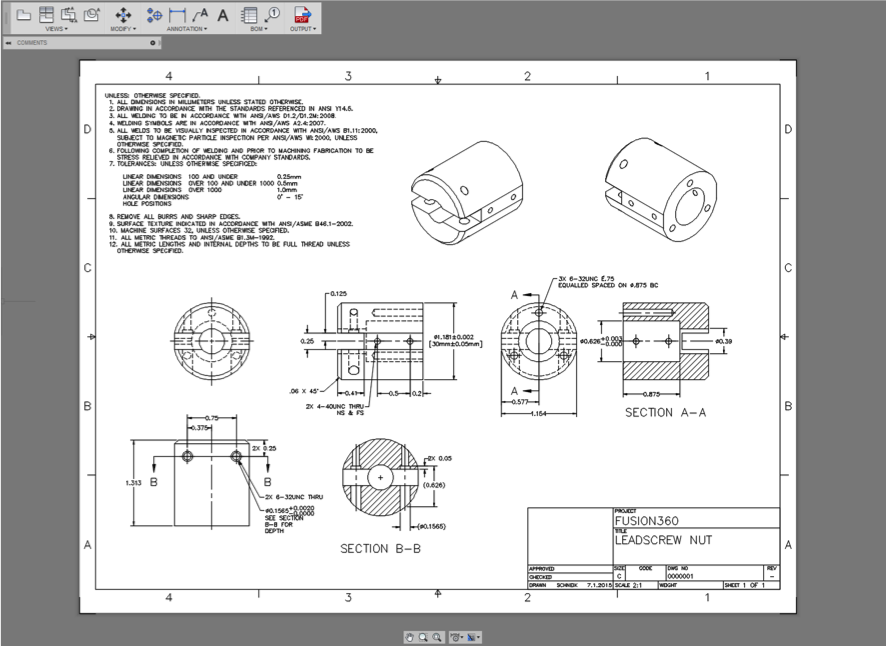 Users can draw associative centerlines and center marks, and align and renumber balloons.


Lastly, a more robust set of keyboard shortcuts is being introduced, with the intention of making it easier to move through the design process. The new shortcuts will include gestures such as extruding, filleting, and sketching dimensions. “Keyboard customization has been high on our list for some time,” Schneider noted.

According to Schneider, Fusion 360 has a wide-ranging set of users, including longtime manufacturing professionals who are familiar with another CAD tool and are transitioning to Fusion 360, and those who have no CAD experience at all — including students and people just starting up a business. That makes it especially important that users have ready access to a variety of assistance options, including tutorials for the new simulation tools, a forum, videos from their peers and from Autodesk, and in-product tool tips. “[Fusion 360 has] very active community participation,” said Schneider.

Users can also request particular features or enhancements — such as the new simulation capabilities — through the IdeaStation submission form. Other users then vote on submitted ideas; requests that receive more votes are more likely to be included in a future update. “[Simulation] has been on our customer wish list for a long time,” Schneider noted.

Fusion 360 is free to students, educators, educational institutions, hobbyists, and start-up companies. (For more information about who can qualify for free use, see this legal notice.)  For commercial users, the price is $25 per month with an annual subscription.