Autodesk and the Cloud, Part 2: Fusion 360 Will Deliver Professional-Level CAD on the Cloud

Coming next year, the pay-as-you-go service will offer full-fledged 3D mechanical design via any web browser.

At the Autodesk University 2012 user conference in Las Vegas in late November, the company unveiled what it bills as the first full-featured, professional-grade 3D mechanical CAD solution based on the cloud: Autodesk Fusion 360. Commercially available sometime next year, it will be offered as a pay-as-you-go service.

The cloud technology behind Autodesk Fusion 360

Fusion 360 will join Autodesk PLM 360 and Autodesk Simulation 360 under the umbrella of the Autodesk 360 cloud-based platform. 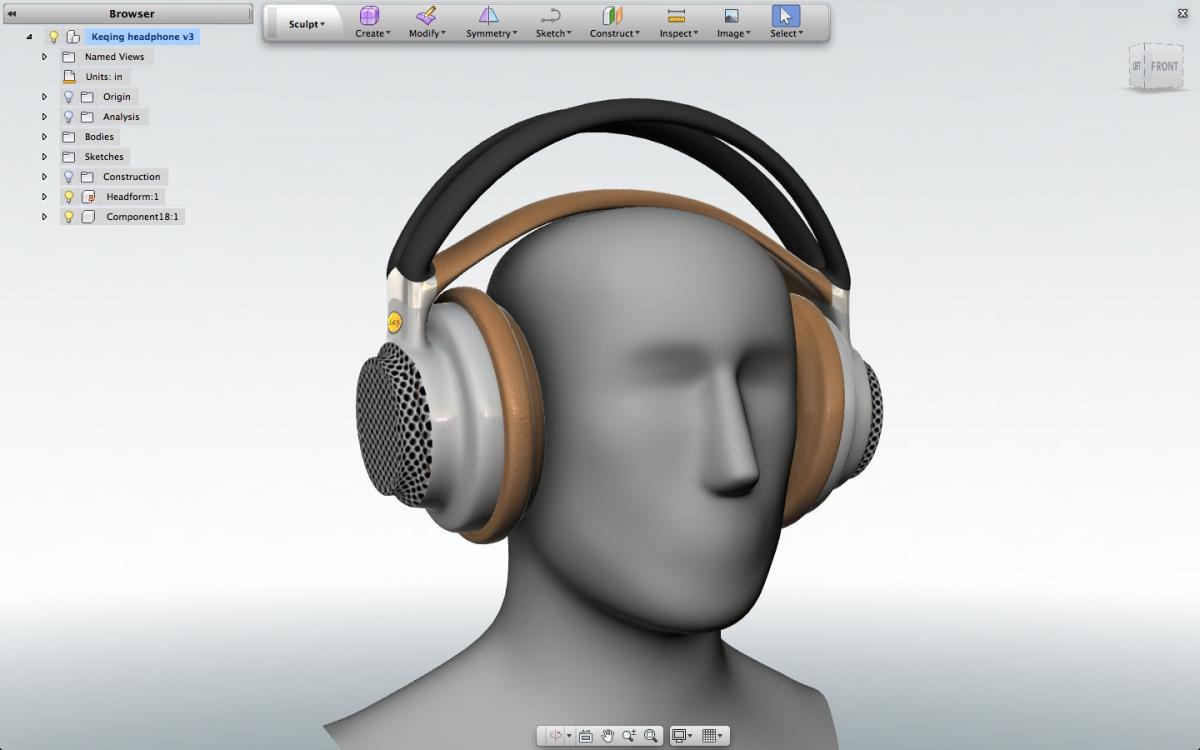 Until now, cloud-based CAD tools have generally been lightweight, offering modeling functionality geared more for hobbyists or delivering only file viewing and markup features. In contrast, Fusion 360 is designed for business professionals, and its capabilities span all aspects of industrial and mechanical design. It also connects to advanced capabilities such as large-scale mockup, simulation, product lifecycle management (PLM), and rendering.

At a "Fireside Chat" luncheon at Autodesk University, Brenda Discher, vice-president of industry marketing at Autodesk, said that three principles have guided the development of Fusion 360:

During the luncheon, senior product manager Kevin Schneider offered an early look at the features of Fusion 360.

Next-generation UI. Fusion 360 use is identity based; it allows user access to data based on permissions while allowing a user to tap into his or her own account, data, and settings from any web browser regardless of location or device. An intuitive user interface conforms to the role and level of user expertise, offering guidance to novice users or access to deeper functionality for experts. Users can start designing in a matter of minutes, Autodesk reports.

Advanced modeling. T-splines–based surface modeling, with its ability to create complex organic forms, is integrated directly into the main model in Fusion 360, Schneider demonstrated. (See image below.) It offers "highly accurate, highly interactive tools for highly detailed design work," from design exploration during the conceptual or industrial design stage and throughout the mechanical design process. 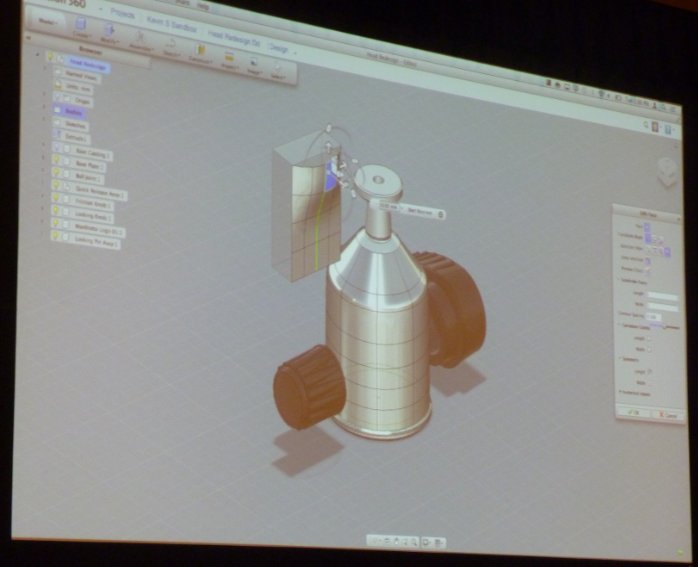 
Thin client. Fusion 360 taps into the user's local device for routine processing but uses remote, cloud-based computing for batch processing and other tasks, which can happen asynchronously while other work is under way.

Data archiving and access. Like Gmail, Schneider said, Fusion 360 users can store virtually endless amounts of old data and access it via search — for example, when researching the reason behind a design change. He also noted, "From inside a design, when I need to bring in a part or other data, I can search for it and import it directly."

Design review, tracking, and control. Review comments are embedded in the design file and maintained as part of the model decision tree. The system keeps a complete record of actions performed on the model file, including who opened it, when accessed and closed, and so forth. Version control and collaboration are "implicit" in the tool, Schneider said.

Interoperability. Data translation (import and export) is supported for all popular formats.

Should You Move to the Cloud?

When it comes to moving from desktop software solutions to cloud-based options, Discher said, companies today are most concerned with data security and how to make a successful transition to new cloud-based tools and workflows. Her advice: "Take the cloud tools that will improve the processes you have in place. Don't reinvent processes." Regarding security, she said, "Concerns are real and valid, so customers will have to make some moves they might not be 100% comfortable with in order to tap the tremendous benefits" of cloud-based tools.

Contrary to what is true for some popular cloud-based solutions today, Discher told me that users of Fusion 360 maintain ownership of data the created and stored there. This is true of all Autodesk 360-based services, she added, except for some parts of PLM 360. (See Autodesk 360 Terms of Service [rev. 9/6/2011]).

Fusion 360 is designed for small businesses, Autodesk reports. Schneider said, "Small business seems to be the most interested in this, but some large enterprises are curious about it." Interestingly, Discher noted that the Autodesk group developing Fusion 360 is set up like a small business, "so it can be innovative and nimble — and compete with smaller competitors."