Bear’s Performance isn’t your average automotive machine shop; this Ontario, Canada–based company caters to the high-octane demands of drag racing and off-roading enthusiasts. The Bear’s team produces a line of high-performance chassis, suspension, and driveline components — “Rears, gears, axles, and more” — for serious racers and street rodders. Along with their commercial products, they also craft custom racing components for their own drag racing team. 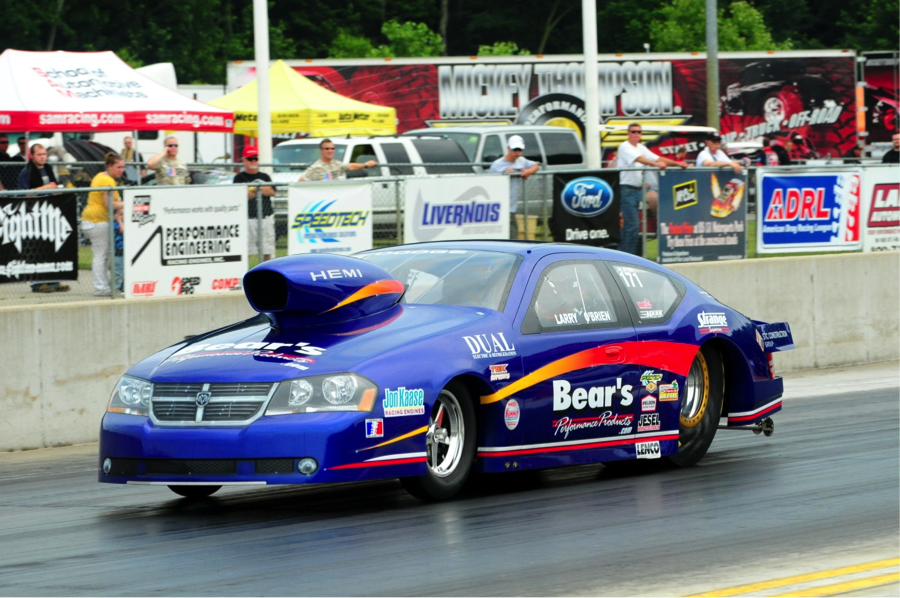 Bear’s began in 1980 as a driveline and axle manufacturer; today, it is the only manufacturer of custom axles in all of Canada. As the company’s reputation grew, so did the demand for its products, spurring an expansion of manufacturing capacity. In 1998, Bear’s added 6,000 square feet of manufacturing space along with four new CNC machines, bringing the current total to eight CNC mills and five CNC lathes. Meeting evolving needs on the software side, however, has been a bit more complicated.

“Back in 1980, when we started, we did things much differently,” said Keith Grondin, vice-president and engineering manager at Bear’s Performance. “As our company expanded, we kept up with technology, buying our first CAD system in the early ‘90s and adding CAM a year or so later. Those systems grew alongside us for many years. Anything we needed to do seemed possible; I don’t remember ever having a model we couldn’t produce or a part we couldn’t cut. We didn’t even consider looking for a different system until we started considering the big picture. While we had seen improvements in our engineering and manufacturing departments, we found that the communication between these departments was lagging.”

Two years ago, the Bear’s team set out to find more than just a better CAD/CAM system; they wanted a complete manufacturing solution. “We needed to find a system that could handle all of our needs, and allow us to stay competitive in our market,” stated Grondin. The team sought a solution that would satisfy both sides of the business: On the production side, they needed a tool that would help them engineer better products, test those products virtually, and automate their manufacture. The solution would also have to support the creation of high-tolerance, low-weight racing parts, where shaving off ounces without sacrificing strength is the goal.

Bear’s original CAD system was a free-form modeler that provided flexibility, but lacked version control. “We could slap on extra material, move features, remove material — the system didn’t care. It was great, but that was where the joy ended,” said Grondin.

“Sure, we could make changes to models quickly and easily, but it had no accountability: There was no way to track which iteration of the part we were working on and who modified it last. This problem was amplified when we had to translate the part to work with our CAM software. Manufacturing was working with a model that was translated from the CAD model. Which model was it translated from? Was it the latest version? The system was relying on us getting it right. Not to mention all the time wasted translating files from one system to the next.”

The need to have systems integrated was most evident whenever Bear’s designers needed to make a change to a product already in production. “Our non-integrated environment meant data flow was basically a one-way street,” noted Grondin. “It was very difficult to take information from the shop and feed it back into engineering. Once the change was made, you had to manually feed that change back to the shop.

“It’s not just the translation issues — it’s also communication issues,” Grondin continued. “We found ourselves spending way too much time and effort trying to communicate what changed and where. Just verifying that manufacturing did what we wanted was time-consuming. We needed something better, something that worked together from the beginning to the end.”

About the Author: Paul Coleman