Kinematics has also changed the way Bear’s designers create their billet engine blocks. “If you ever watch a rod and piston move, you know it’s not a circle — it’s an elliptical motion,” said Grondin. “The way we did it in the past was by rough-plotting the motion to get a general idea of clearances needed. We would model up the block and it was rough-cut. The clearances were then adjusted by hand. The problem was that when you hand-grind clearances, no two blocks are the same, and you have little control over the finished product. Handwork also increased labor costs. We had inconsistencies and no control over these costs.

“Now we model everything in the engine block assembly, right down to the bolts on the rods. Then, using TopSolid, we simulate the engine running. By doing this we can see exactly what is happening at every position in its rotation cycle. This allows us to properly adjust clearances in the model before it goes to machining. Blocks come off the machine with no handwork or grinding required. They go right to assembly, and we are confident they are right.” 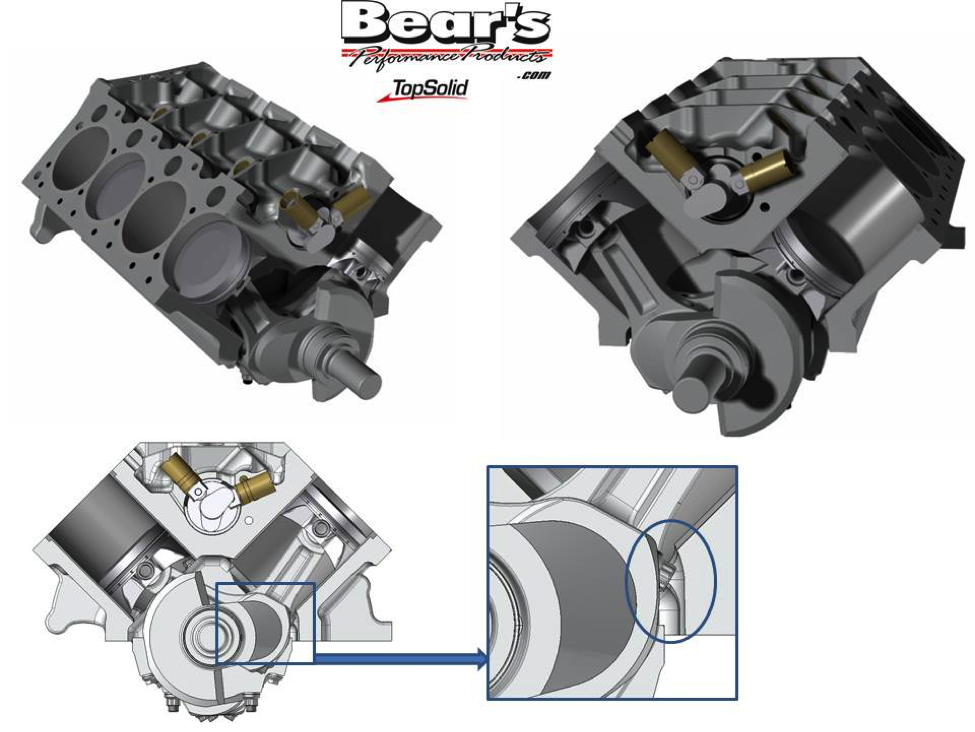 Modeling the engine block and simulating its movement gives the team a clearer picture of what's needed — before any machining takes place.

Bear’s customers expect replacement parts to outperform the originals. To improve on another company’s products, especially on a part that works within a complex assembly of other parts, is not an easy task. This is especially true when modifying clearances and increasing wall stocks.

“When we first started with the Bear’s 44 line [of aftermarket automotive axle housings], we were still using our old system,” Grondin explained. “The process was long and tedious. We modeled the part, and because we were not confident in it we had prototypes built, and from those prototypes we had tools built out of greyboard. From those greyboard tools we would produce our prototype castings. We would evaluate the prototypes, and make changes to the greyboard tooling until we were satisfied. Only then would we consider investing in production tooling. It was very costly,” he noted.

“Since implementing TopSolid, we have completely changed the way our products get to market,” Grondin continued. “We use the features in TopSolid to analyze every aspect of the model, both graphically and mechanically, at every position in its cycle. This gives us great confidence in our product design." 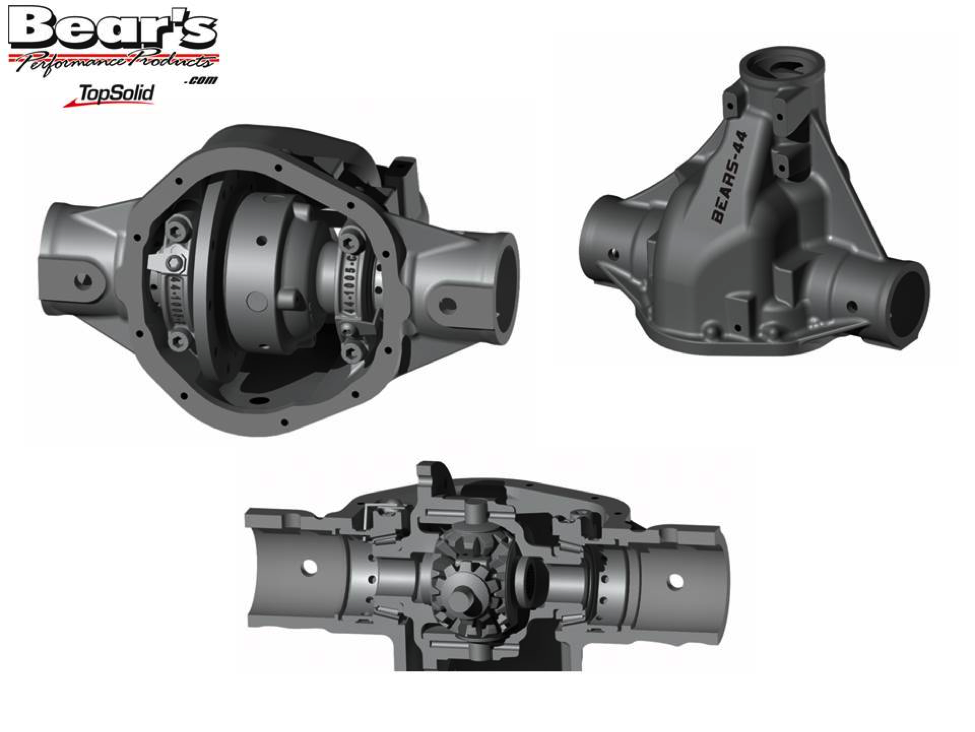 "We have completely done away with prototypes and greyboard models; we now go straight to aluminum production tools," said Grondin. "Better tooling allows us to run our tools at a state of the art foundry. The difference is night and day.”

About the Author: Paul Coleman