The new cloud-based 3D software is notable not for its MCAD capabilities, but for its fresh approach to collaboration, file management, and licensing.

A desktop CAD system is limited to local hardware resources, but a cloud-based CAD system can draw upon thousands of CPU cores and gigabytes of memory as needed. As with any cloud-based software, however, accessing those nearly unlimited resources is dependent on a good Internet connection. When I tested Onshape on a rural connection very close to the regional fiber line, response times were as fast as desktop CAD. For now there are three primary installations of Onshape: the U.S. West Coast, the U.S. East Coast, and Western Europe. A fourth will open soon in Asia. Latency will likely be an issue for users located far from one of these central cloud servers. 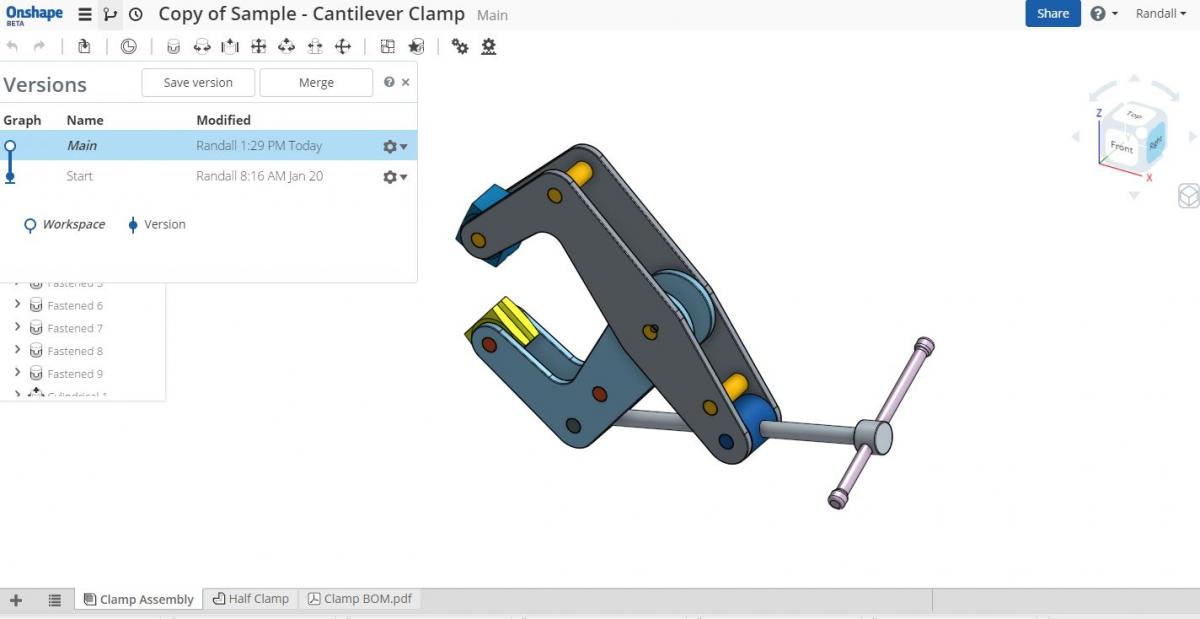 A named version of a model can be created at any time; the read-only view remains part of the Document history. Image courtesy of Onshape.

At this writing, Onshape is demonstrating a set of drawing tools, but they have not yet been released into the product. Onshape said drawings will be integrated and associative with all other geometry in a Document, and will be compatible with DWG, DXF, and PDF. The same version management protocols governing parts and assemblies will apply to drawings. Onshape intends to update on a regular basis, which is simply a matter of updating the cloud installations; all users will automatically be working with the current version at all times. The updates could come weekly — or even daily — if Onshape were that ambitious, but it is more likely they will occur occasionally at no set interval.

Onshape works in any WebGL-compliant browser, which (finally!) includes the most recent update to Microsoft Internet Explorer. But there is also an Onshape app for iPad/iPhone (and soon for Android), because Onshape saw a need for a more comprehensive set of touch gestures than mobile browsers could offer.

The go-to-market strategy is unlike any we have seen: use for free, pay for privacy. Onshape Free offers 100% of the software’s CAD and data management functionality, but allows a maximum of only five private and active Onshape Documents. Beyond that limit, files are stored as public documents. Free plan users have 5 GB of storage. Onshape Professional ($100 per month, per user) has no limits on the number of active private documents, as well as unlimited public documents. There are no evaluation or freemium versions of Onshape. A paying customer can share with a free user and the document will stay private; a free user can work with unlimited private files shared by others.

Onshape’s Joe Dunne (one of many former SolidWorks employees at Onshape) explains the new approach: “We found from testing and from users that people don’t need a new modeling paradigm, they need a fast way to get more licenses of their existing software. There are never enough licenses.”

Out of the gate, Onshape is a good basic mechanical CAD program that reflects well on the all-star team behind it. But there are other good programs for creating mechanical parts; why would anybody consider Onshape? For its ability to turn collaboration into a non-issue, for its basic parity with existing modeling software, and for its ability to provide secure and simultaneous access to one master version of CAD data without the typical bother of software license issues, installation, or file management.

It costs nothing to test Onshape, and nothing to use it on a regular basis if you can operate within the document limitations. Do yourself a favor and take the future of CAD for a test drive. 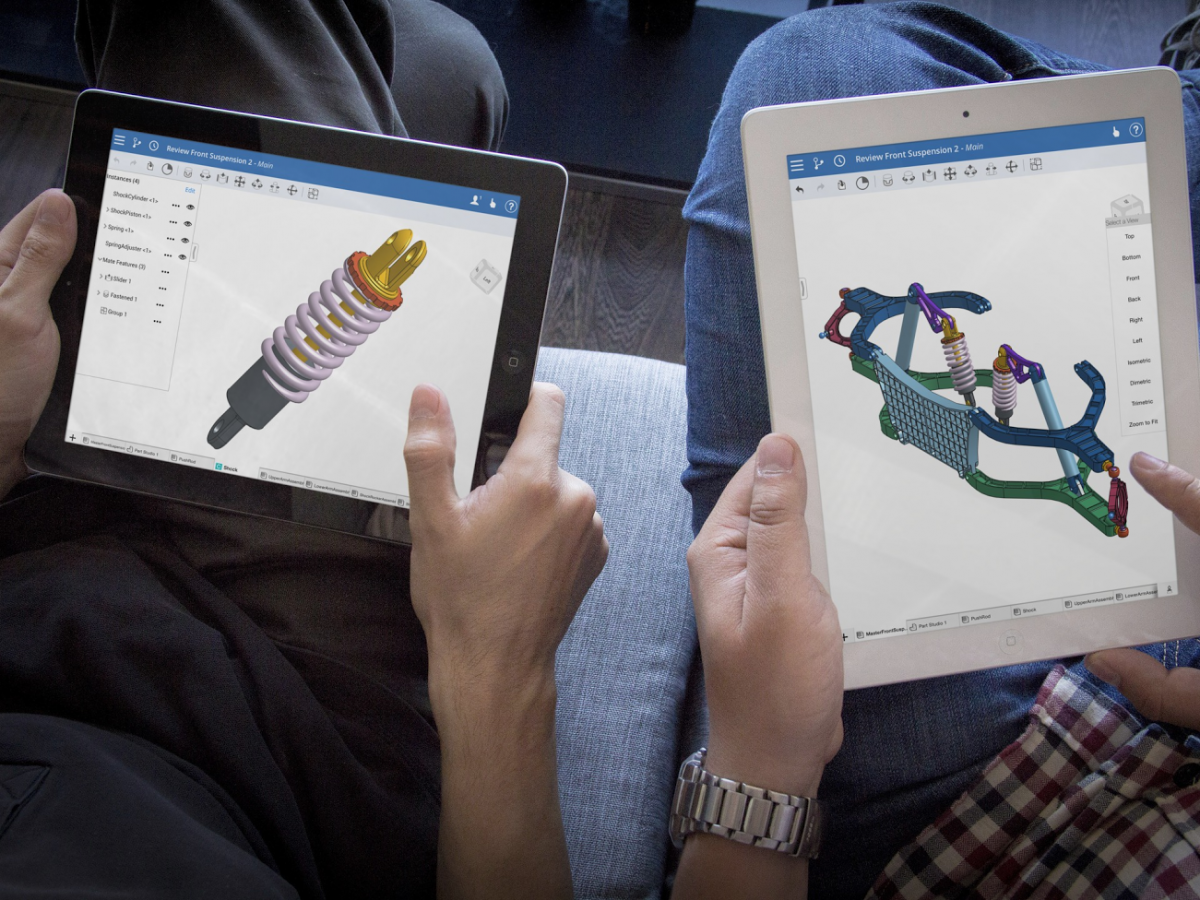 Onshape may be used in any WebGL-enabled browser, on any supported device connected to the Internet. Image courtesy of Onshape.