A few weeks ago, before the company announced the new release, Siemens PLM Software gave me a preview of Solid Edge ST5, the latest version of its 3D solids modeler. Today at Solid Edge University in Nashville, Tennessee, the product was officially launched, giving me the green light to tell you about all the new features and functions.

Stay tuned for a full-blown Cadalyst Labs Review, which will be forthcoming after the production software ships in early July.

Meanwhile, here's a peek at the highlights of Solid Edge ST5.

First, a bit of background information. There are two primary ways to build a 3D CAD model: history based (often called parametric modeling) and history free (often called direct modeling, because users manipulate the model directly using a mouse). In history-based modeling, a solid model is built from a number of separate features. Each feature is defined and combined with the current state of the part in a sequential, step-by-step process. History-free models are also produced one feature at a time in a sequential process, but the underlying definitions are lost when new features are combined with the current state of the part. With this process, you end up with a single entity. Each approach has numerous advantages and disadvantages, with many users' devotion to one option over not unlike a religion.

I won't list all the new features because there are more than 1,300 customer-requested updates alone, but here are some that I will investigate when I get the shipping software in hand.

Solid Edge ST5 adds a number of assembly modeling enhancements. These include new assembly relationships that let you create barrel cam assemblies and parts that slide along 3D paths. You can also connect virtually anything to anything, and you can glue moveable parts together using a rigid relationship. 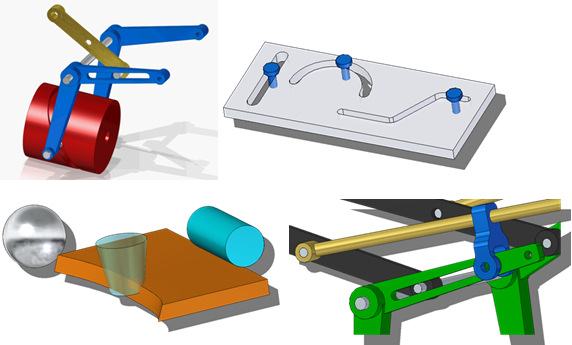 It has become virtually standard practice that new versions of 3D modeling software are enhanced to open very large assemblies. Solid Edge ST5 is no exception, and the company claims that 100,000-part assemblies are now quite manageable.

Parts-modeling enhancements include the ability to create super-smooth surfaces, a new Slot command to help in the creation of sliding assemblies, and new graphic handles to simplify editing. Editing is further enhanced by the ability to recognize holes on imported models. 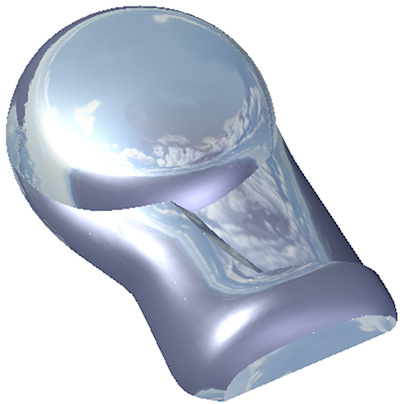 The list of enhancements to 2D drawing creation goes on forever; some especially notable updates include features such as improved and added dimensioning capabilities and additional controls over the style and placement of hatching in section views. Moveable assemblies can now be shown in alternate positions. 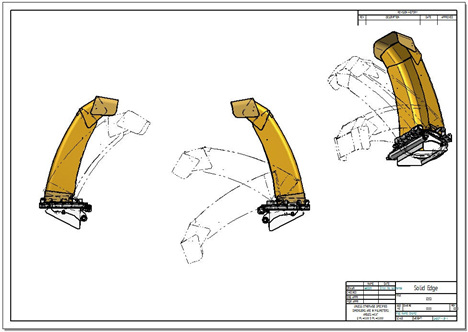 Solid Edge ST5 now supports wire nailboard layouts for creating wiring harnesses, and new functionality for integration with its Insight product. Like any self-respecting CAD product these days, the company also announced a free iPad viewer app, but the word "cloud" was conspicuously absent from our discussion.

I'm looking forward to receiving Solid Edge ST5 so I can really delve in beyond these few highlights. Stay tuned; there's more to come!