Possibly the loudest buzz at Autodesk University 2013 in Las Vegas last month came from the manufacturing side of the business — specifically, the announcement of Autodesk CAM 360, the industry’s first cloud-based solution for computer-aided manufacturing (CAM). As big as that announcement was, it couldn’t completely overshadow all the news and activity from the AEC side of the business. The company announced acquisitions and new products and highlighted on-going initiatives aimed at supporting the entire building project workflow, from concept design to ownership. 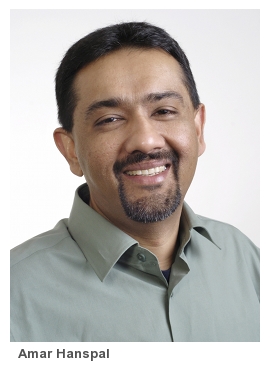 “BIM [building information modeling] is the center of all our AEC efforts,” said Amar Hanspal, Autodesk senior vice-president of Information Modeling and Platform Products, during a media luncheon at the annual user conference. The company’s “technology roadmap” going forward will incorporate three transformations in AEC, Hanspal explained, including:

He emphasized also that the company is focused on extending BIM to infrastructure applications.

In a related press release, Hanspal offered further comment: “We are expanding the reach of BIM on multiple fronts — into conceptual design on one end of the spectrum and into construction on the other. Our advancements are empowering professionals to move from designing objects and simply representing their ideas in 2D and 3D to designing in context while optimizing and better predicting the performance of their designs. Autodesk is helping to drive higher levels of productivity into the building design, infrastructure, and construction industries both in the office as well as in the field with our expanding desktop, cloud, and mobile portfolio.”

Announcements at Autodesk University spanned all facets of the BIM process for both buildings and infrastructure.

Autodesk Dynamo and Autodesk DesignScript merger for algorithmic design. For building designers, Autodesk announced a major update for computational design with the merger of Autodesk Dynamo and Autodesk DesignScript. Dynamo is an open-source visual programming environment for BIM that can stand alone, be integrated in any CAD software from any developer, or be used to extend the parametric capabilities of Autodesk Revit. Autodesk DesignScript is a programming language currently in beta testing that is intended to help designers build and analyze complex geometric models that would be difficult to model with interactive techniques, according to the company. In combination, the tools offer visual programming capabilities in a modern user interface that is tightly integrated with Revit. “Our unique approach has been to marry parametric and algorithmic design,” Hanspal said at the AEC media luncheon.

Autodesk FormIt expansion for conceptual design. A BIM-based conceptual-design tool, Autodesk FormIt beta software is now available for the desktop in addition to previously released iPad and Android versions. Offering easy-to-use tools to create, collaborate, and share early-stage design ideas, FormIt allows designers to continue the BIM process by taking conceptual models directly into Autodesk Revit. The newest version includes a web-based application that runs on a choice of browsers for Windows and Mac. FormIt for iPad has been updated to take advantage of iOS 7 and includes new energy-analysis features that provide simple indications of potential building performance at the early stages of design.

Looking ahead, Autodesk demonstrated a forthcoming feature in the FormIt family of applications that supports real-time collaboration, enabling future designers to simultaneously access and collaborate on design models using their FormIt application of choice. “You can expect [FormIt] to evolve and support more complex modeling and become wired to more platforms,” Hanspal said.

Graitec acquisition for structural detailing. Expanding its capabilities in the structural-detailing stages of BIM, Autodesk announced the close of its acquisition of Graitec’s Advance Steel and Advance Concrete products, which offer modeling, detailing, and fabrication to support BIM-based steel and reinforced concrete workflows.