In an interview with Cadalyst, the executive discusses the state of Solid Edge ST, its position in the MCAD market, Solid Edge on the cloud, and more. 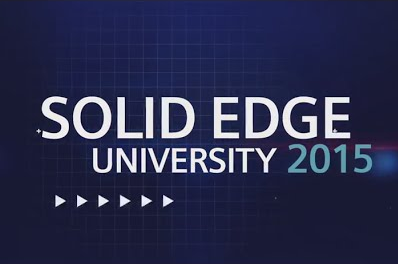 As I shared in my Solid Edge University 2015 report a few weeks ago, Siemens PLM Software hosted several journalists and industry analysts in Cincinnati in late October to cover its annual event for Solid Edge users. In addition to taking in presentations and workshops alongside regular attendees, I had the opportunity to interview Dan Staples, vice-president, Solid Edge Development.

Following are the highlights of our talk, wherein Staples offered his insider’s perspective about the state of Solid Edge Synchronous Technology, its position in the mechanical CAD market, Solid Edge on the cloud, and more.

Staples: Good question. I think it is a little different than what we envisioned, honestly. We see that the usage and where you gain productivity is a little different than maybe what we focused on originally, which was parts design. Now the big payoff is in assembly design. We see a lot of Solid Edge customers designing machinery. Machinery has a lot of machine parts, sheet metal parts, things like that. Synchronous excels at that kind of [design]. When we originally conceived of Synchronous, I think we had a lot of folks around trying to make the history tree faster. You know, "It's too slow," and, "Let's make that all faster." We were focused on a parts level: “Let's make the parts more productive.”

It was a little bit serendipity that we found that we could make assembly design much more productive. If you think about [working with] assembly parts, you might have five parts and you need to stretch them all. In 2D that was very easy. In 3D it's totally not easy without Synchronous. You have to go down in each part in the history tree, make that one longer, then come back up. Go down again and make that one longer. Whereas with Synchronous, you just put a fence around [that section of the model] and stretch it and that literally works.

We found that we can take down tons of barriers in assembly design where we did it this way because    stead of history-based modeling. Now we can do a completely different approach as we don't have to worry about those same constraints.

Are your customers using ST for modeling day in and day out?