Surfacing. One of the most significant of those is what Newbury earlier termed “world-class surfacing,” which supports the developers new focus on the industrial design market. Surfacing is said to be 40% faster in ST6. 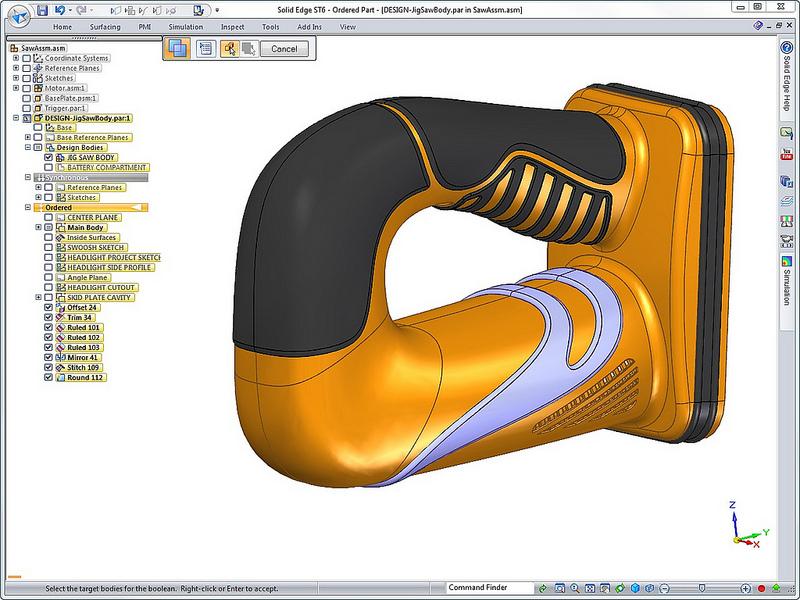 A new ruled surface in Solid Edge ST6 simplifies creating features that are easy to mold. Click image to enlarge. 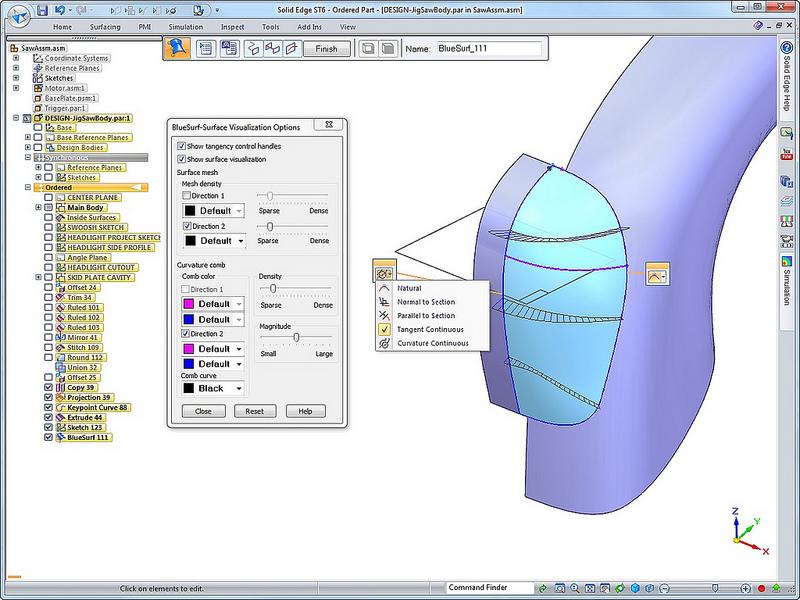 
Olivier Pellerin, IT Innovation Manager for Groupe SEB, the maker of Krups coffee machines, T-Fal, and Wearever cookware performed early beta testing of Solid Edge ST6. He stated in a press release, “Surfacing command enhancements in Solid Edge ST6 have enabled us to create some models 40% faster compared to other CAD systems. Faster is better, but the quality of models is essential for the manufacturing process, and the new inspection tools available in Solid Edge ST6 help us guarantee the inherent quality of the surfaces modeled.”