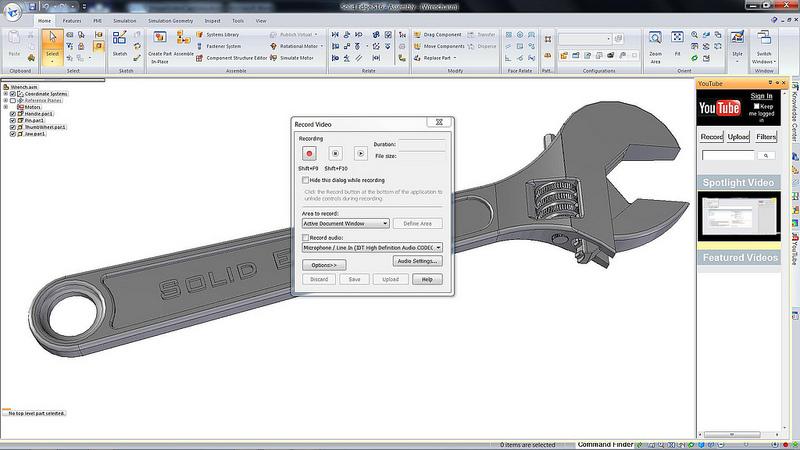 Solid Edge ST6 now includes the ability to capture design steps and directly upload to the user's YouTube account. Audio can also be captured for narration. Embedded in the Solid Edge user interface is a panel that lists popular Solid Edge videos. Click image to enlarge.


Cloud and Mobile Applications
“We want you to be able to use tools on premise in a private cloud or off premise with a third-party cloud provider,” said Bill McClure, vice-president of Mainstream Engineering. The company hasn’t seen a strong pull yet of people wanting to run CAD on the cloud, he said, explaining that for collaborative applications such as PLM, the cloud can be a desirable option, but the desktop remains the preferred platform for CAD for reasons of protecting intellectual property. “I know at Siemens, we wouldn’t want to put our own product design data on the cloud.”

So, Solid Edge is and will remain a desktop product, Newbury chimed in. But, again offering its users options, the company announced it has become the first to partner with the open engineering web site GrabCAD to facilitate real-time model sharing and review on the cloud for those users who want it. Users will be able to upload files directly from Solid Edge ST6 to GrabCAD Workbench, controlling access as they see fit.

“We want users to have options,” Newbury said. The new rental program should appeal to a variety of them, he said, including

Solid Edge SP is the new generation of the data management and collaboration product previously known as Solid Edge with Insight XT. McClure explained the product as "a manufacturing app for [Microsoft] SharePoint." It is deployed a company’s existing IT infrastructure to simplify the management of Solid Edge CAD files and related design data. The latest version adds the option to display thumbnail images of parts and assemblies in the Relation Browser and provides the ability to access revisions and related documents directly from the preview cards. 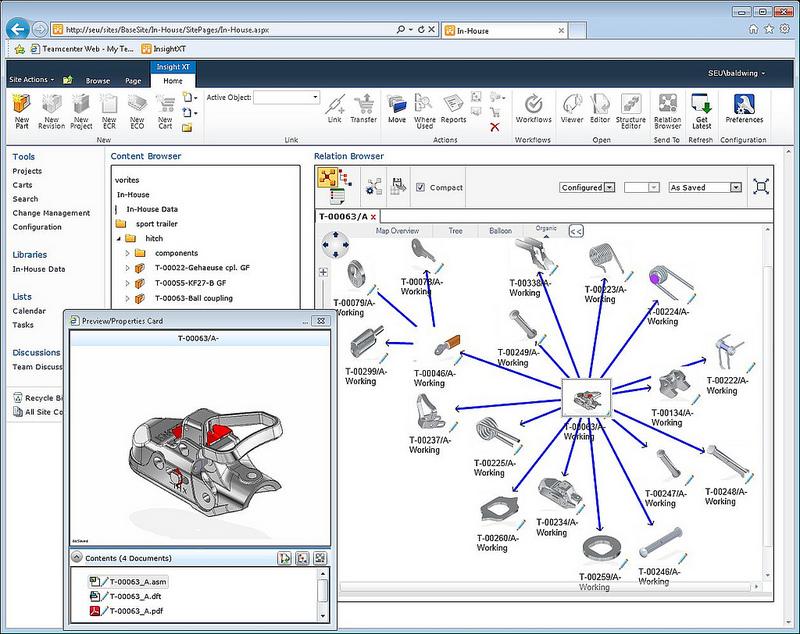 Solid Edge SP now includes more visual tools to help engineers manage complex design data better. A graphical view of an assembly, with thumbnails for each component, makes it easy for users to navigate the product structure. A preview card shows an image of the component and its properties, such as part number and description.