The fifteenth annual SolidWorks World conference was held this week at the Walt Disney World Swan and Dolphin Resort in Orlando, Florida. According to Dassault Systèmes SolidWorks CEO Bertrand Sicot, SolidWorks World has expanded to 4,500 attendees and more than 280 technical sessions — a far cry from the first event, which featured just 800 participants and 80 technical sessions. Sicot also announced another kind of growth: The company has surpassed 2 million licenses of the 3D design software.

For many, the high point of the event is the third day, when SolidWorks traditionally offers users a glimpse into what's ahead for their CAD software of choice. This year was no different, and the presentation included a look at users' most-requested updates.

"We inundate ourselves with feedback from you," said Bruce Holway, director of product definition, explaining that SolidWorks personnel follow forum posts, perform alpha and usability testing, visit customers, attend user group meetings, and conduct surveys. This year, the ten most popular usability requests, as selected by users via online voting, are as follows:

"Over the years," Holway reported, "we've implemented the vast majority of all items on all Top Ten lists." Indeed, attendees saw proof that some of these requests, at least, are on their way to fulfillment: they were treated to the first public viewing of eDrawings on an Android Nexus tablet. "We are working on [the app], and it's coming very, very soon," said Sicot.

It's not unusual for software developers to provide a preview of what users can expect to see in the next version. It is unusual, however, to present that information in the form of infomercials, which is exactly what attendees got on day three. The crowd loved the SolidWorkOut bike, the DesignBelt toolbelt, and the SolidGrill 3000 (which combines the benefits of a mobile workstation and a George Foreman grill). 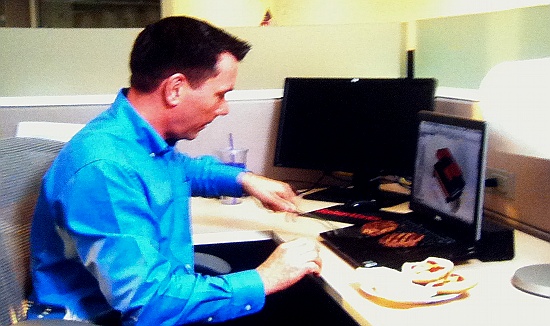 As the humorous infomercial for the SolidGrill 3000 demonstrated, a scorching-hot laptop can be a good thing — if you like to cook at your desk.

Although these products, and the stories of their "invention," are fictitious, they made an entertaining backdrop for the new features coming with the August release of SolidWorks 2014: 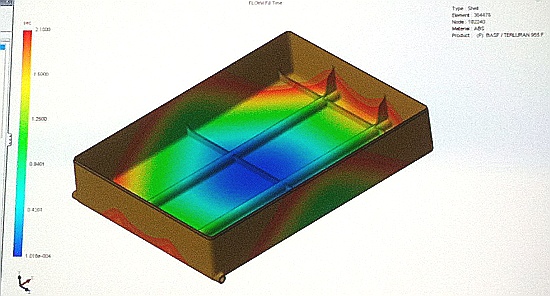 Expanded simulation functionality in SolidWorks 2014 will include the ability to use residual stress analyses from SolidWorks Plastics.

Users can quickly swap out holes for slots of various types. 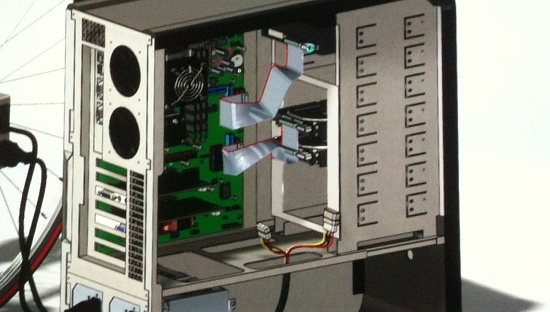 Connectors for electrical cables can be snapped into position. 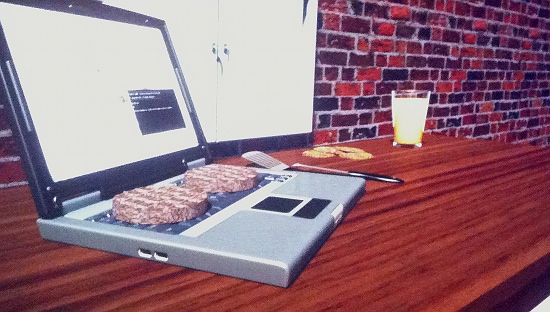 Rendering animations can show products, such as the SolidGrill 3000, during use in realistic settings.

SolidWorks 2014 will include the ability to make corner gussets and lofted bend transitions in sheet metal designs.


Richard Allen, director of product management, noted that the SolidWorks Electrical and SolidWorks Plastics product lines, introduced last year, will play an important role in the 2014 release: "They are going to be a big part of this year, and you'll see continued enhancements. ... We're very excited about these products and look forward to a very bright future with them." The company has no plans at this time to offer a SolidWorks CAM product, said Allen, citing the company's robust roster of CAM partners. "Our customers really enjoy the freedom of selection of different CAM packages," he said.

SolidWorks on the Cloud?

Regarding the possibility of SolidWorks moving to the cloud, Allen said, "The plans are still to provide [SolidWorks 2013 and 2014] on the platforms that we currently support. There's no current plan to put all of SolidWorks 2014 on the cloud, if any. It's a technology that we follow very carefully, and when our customers come up with valid and interesting use cases that they really want us to do, we're going to take a look at it. And then we'll take a look at, Should we put our current technology on the cloud? Should we put a different technology? It's something we're always looking at."

SolidWorks 2014 wasn't the only forthcoming product in the spotlight. Sicot also announced the beta release of My.SolidWorks.com, a web portal where users can browse a variety of community resources, including SolidWorks Forums (discussion, blogs, and documents), SolidWorks Blog, SolidWorks Teacher Blog, SolidWorks YouTube channel, and SolidWorks on Twitter.

In addition, Sicot announced Mechanical Conceptual, a new tool that's intended to help mechanical designers sketch out concepts quickly and easily, then use that concept data inside SolidWorks. According to Fielder Hiss, vice-president of product marketing and product management, 31% of project time is spent on concepts, and designers need to gather feedback from an average of five internal and external stakeholder groups for each design. With Mechanical Conceptual, he explained, they can capture their ideas digitally, manage multiple concepts, and communicate ideas more effectively by placing model renderings in realistic 3D environments. 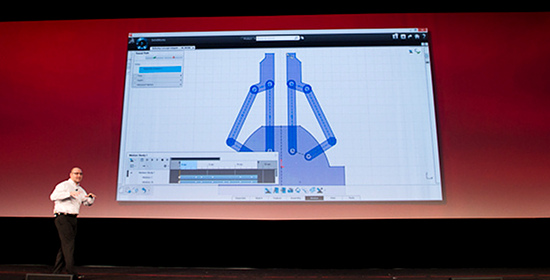 Sicot invited attendees to participate in a production test of Mechanical Conceptual, beginning in May. The product is expected to be generally available in October or November.

SolidWorks World 2014 will be held January 26–29 at the San Diego Convention Center in California.