SolidWorks developers say they have held true to the core technology with release 2013, as shown in this slide.

User-Pleasing Features
In a press release, SolidWorks CEO Bertrand Sicot said, “With SolidWorks 2013, we’ve upheld our tradition of listening to our customers by providing enhancements and functionality to help them simplify their lives and create the best products.” Indeed, the latest release includes more than 200 customer-requested enhancements. Speakers at the media event, including Sicot, stated repeatedly that the company prides itself on listening and responding to its users.

“We obsess over user requests,” said Gian Paolo Bassi, vice-president of R&D. “Eliminating just one click in a process — imagine how that could help the world!” 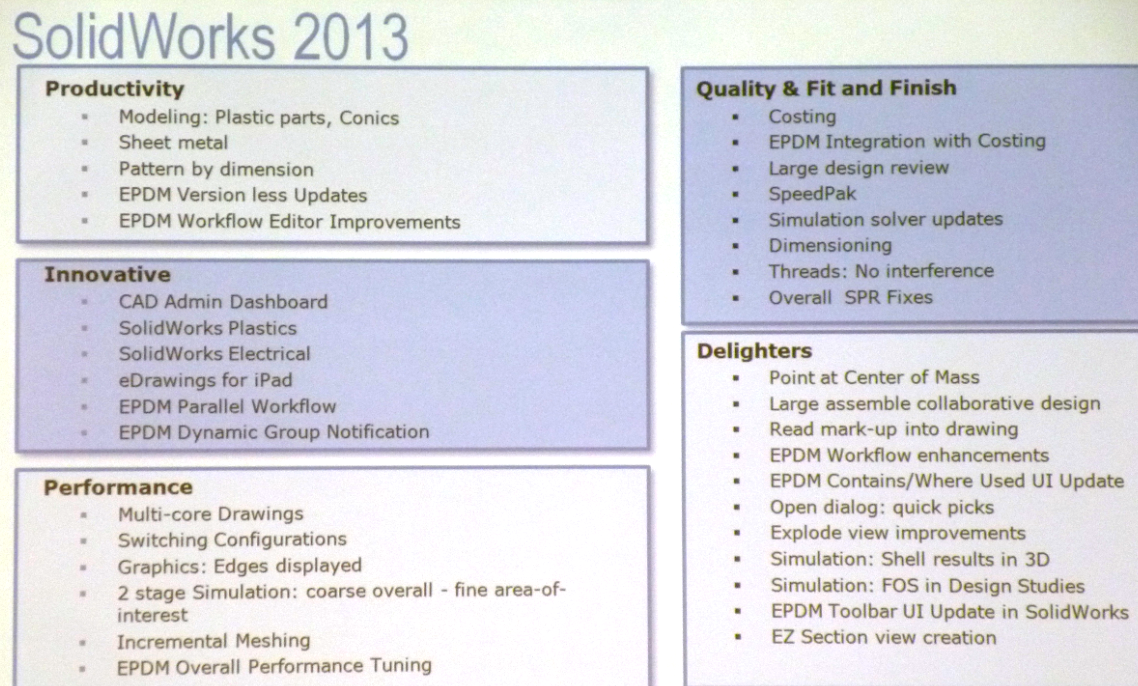 A slide highlights several of the significant new and improved features of SolidWorks 2013.

Powerful design tools. SolidWorks 2013 makes it easier to bring engineers’ ideas from concept to manufacturing with new tools for more efficient simulation as well as expanded environmental and cost analysis. 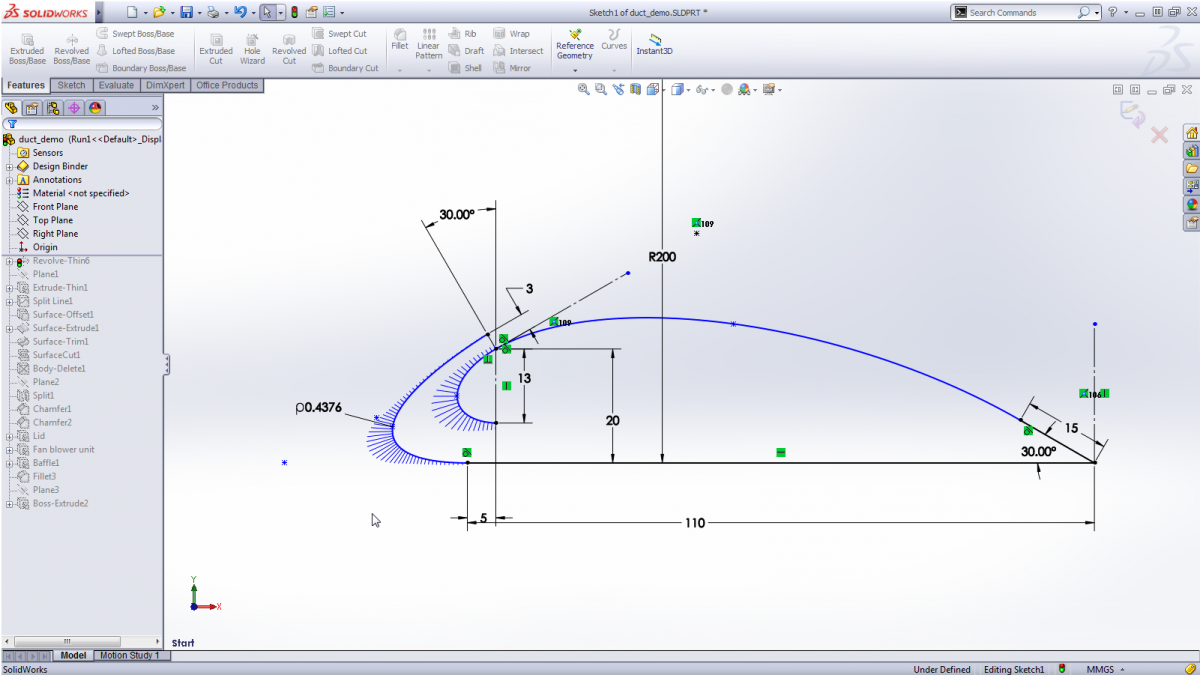 Quickly define and adjust conic curves with just a couple of inputs. 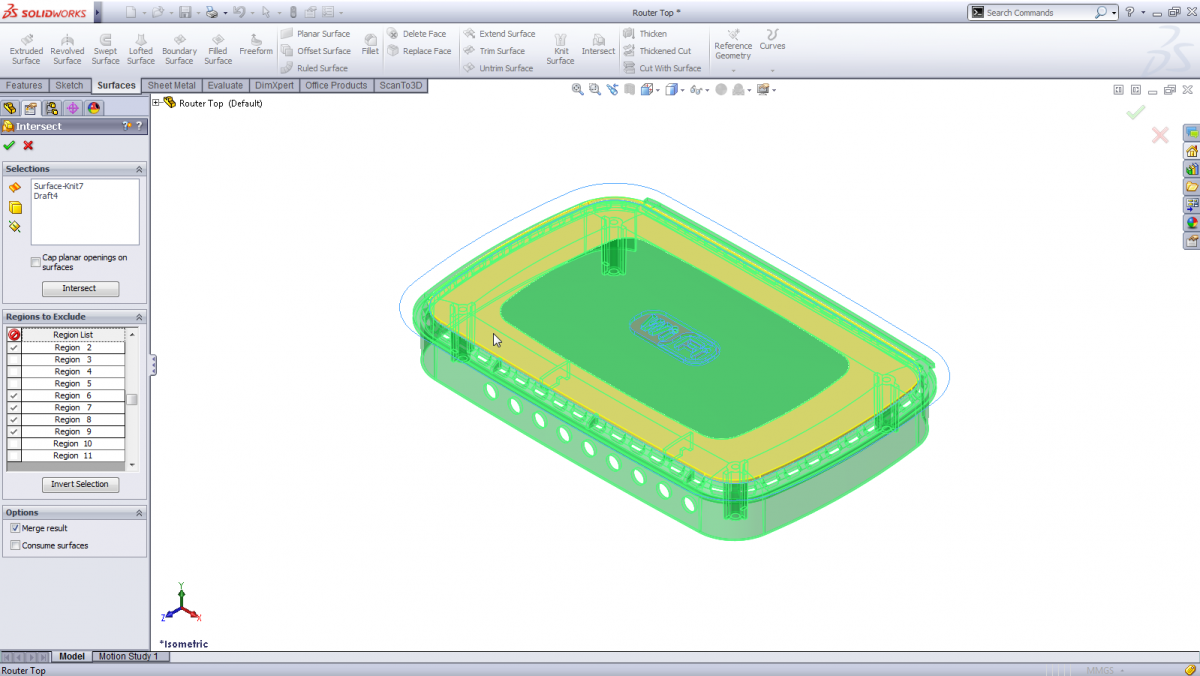 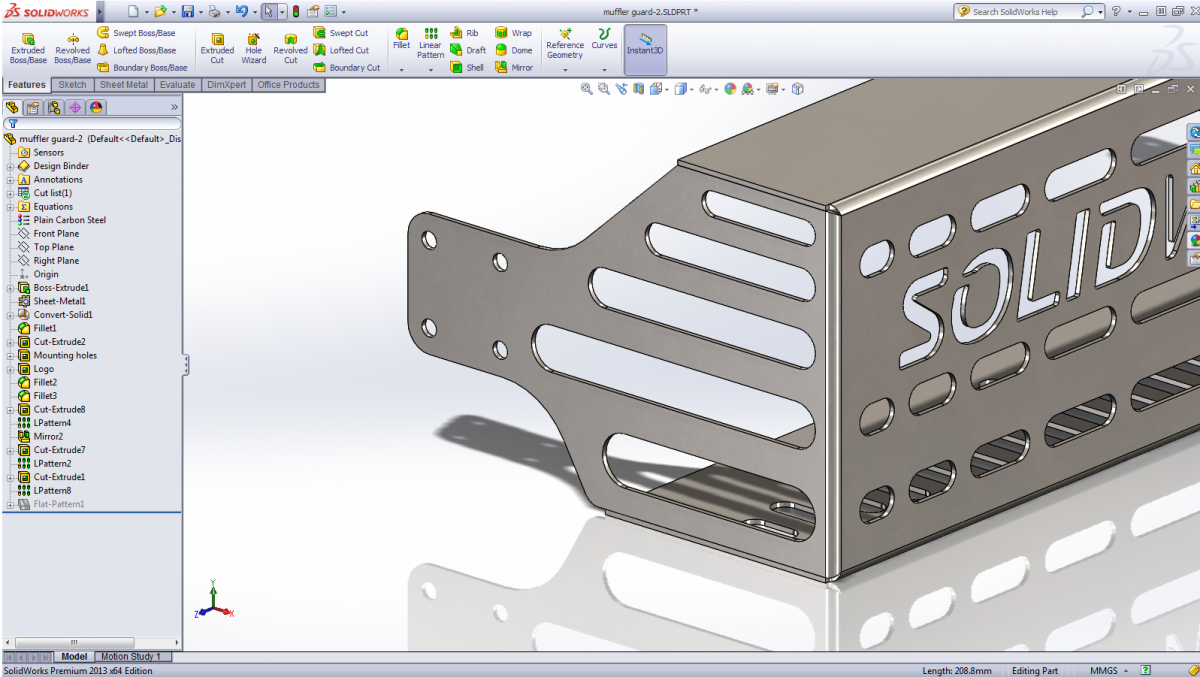 In a product demonstration at company headquarters last week, SolidWorks product managers showed members of the press a new tool for creating linear patterns in SolidWorks 2013. Demonstrators created the graduated patterns in the model above with a few quick clicks.

Improved Performance
At the SolidWorks 2013 launch event, developers described how the latest version improves multicore processing for faster software performance, such as when launching drawing views. Following are other significant new upgrades that allow users to optimize the performance of a SolidWorks installation: 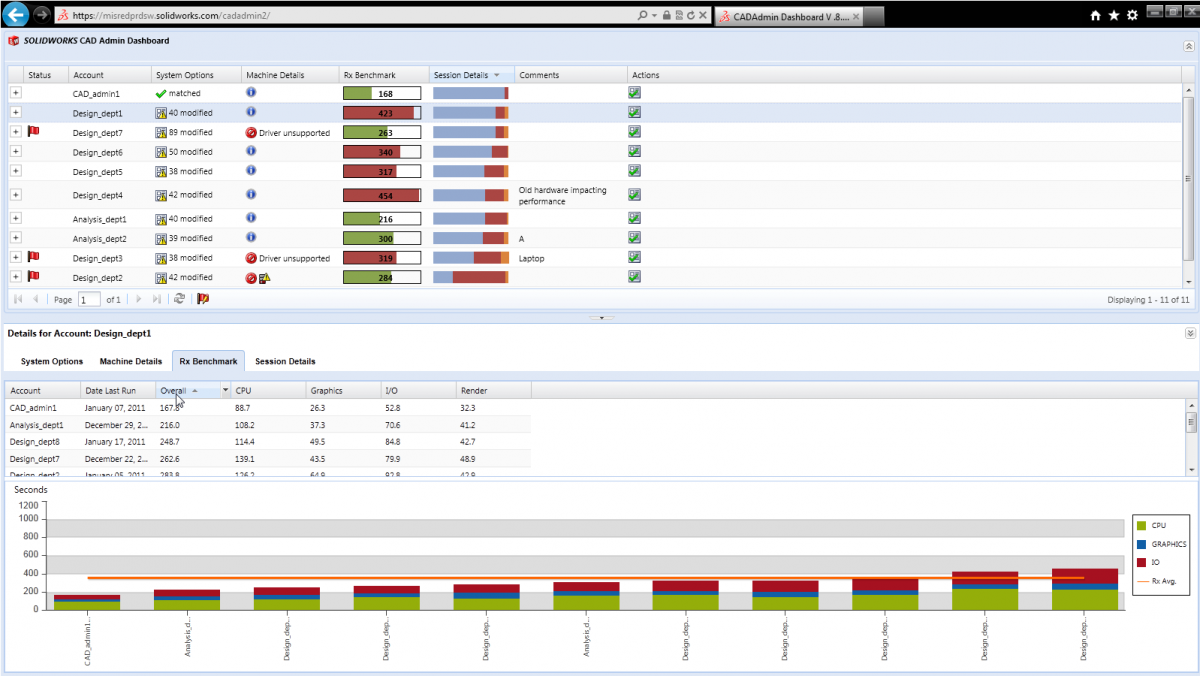 Availability and Pricing
SolidWorks 2013 and pricing information are available worldwide through SolidWorks authorized resellers. SolidWorks 2013 packs in quite a few new features that should make a significant difference for users and CAD managers. In fact, as Sicot told the press and bloggers at the launch event, many beta testers were calling SolidWorks 2013 the best version in many years. “It’s a very good vintage,” said the man from France.