SolidWorks World 2014, Part 2: Trends on Display in the Partner Pavilion

New offerings in the exhibit hall emphasize expanded 3D printing capabilities and tools that move the heavy lifting of design and rendering off the desktop.

At Dassault Systèmes’ SolidWorks World 2014 user conference, the Partner Pavilion drew attendees interested in seeing examples of projects designed with SolidWorks, from the prosaic to the spectacular (nothing garners quite as much attention as the Mondo Spider — an electrically powered walking machine the size of a small car — making its way down the aisles on eight robotic legs).

The main attraction, however, were the vendor booths; more than 100 SolidWorks partners and resellers showcased their complementary solutions and services, and revealed some trends about the industry in the process.

The greatest buzz in the exhibit hall was generated by 3D printing, thanks to several product debuts that unveiled new options for customers. Stratasys launched its Objet500 Connex3, the first 3D printer on the market to offer both color and multimaterial capabilities in one machine. “There isn’t another printer on the face of the earth that will do what this printer will do,” said Bruce Bradshaw, director of marketing for Stratasys. According to Bradshaw, greater product realism enables users to make better decisions earlier in the design process.

The Objet500 Connex3 combines three base materials in a variety of ratios to create rigid, flexible, and transparent materials, including rubbery, flexible consistencies suitable to living hinges, overmoldings, gaskets, and other applications not possible with rigid materials. (Flexible color materials won't be commercially available until the second quarter of 2014.) 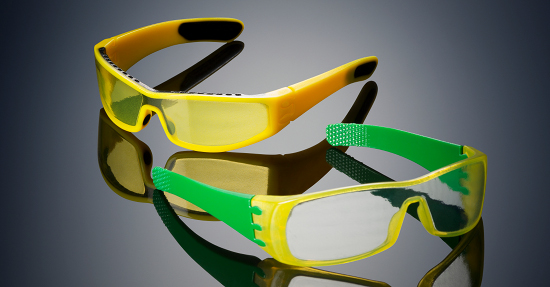 These glasses were created on the Objet500 Connex3 in one print job. They incorporate opaque and translucent materials with rubberlike and rigid consistencies. Image courtesy of Stratasys. 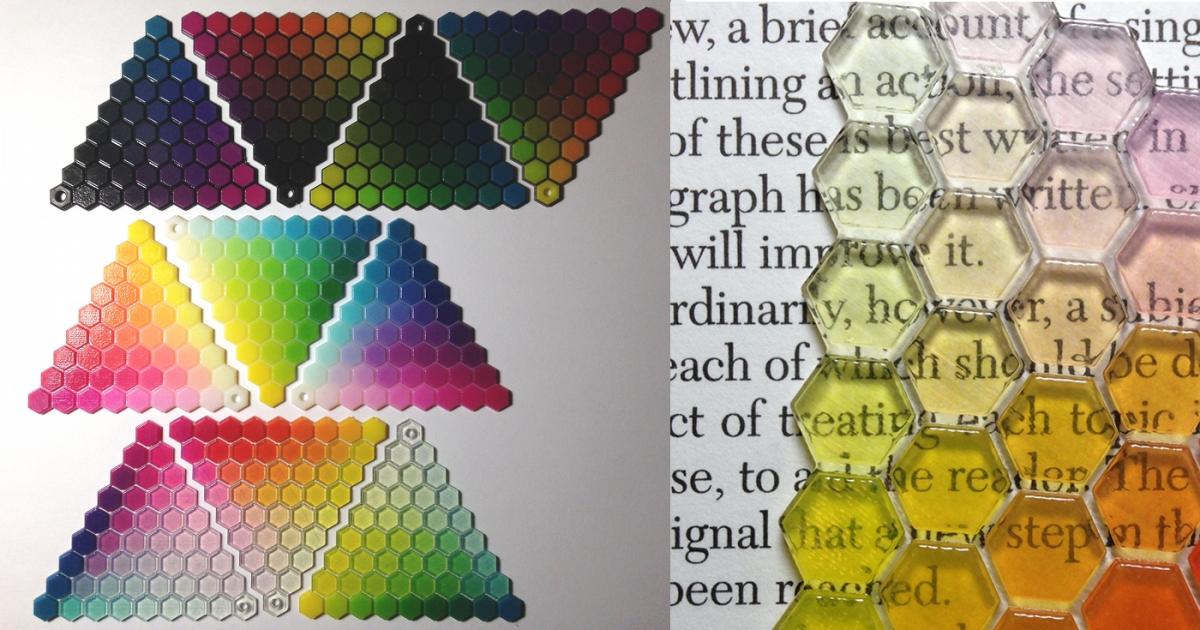 Various combinations of base resins in the Objet500 Connex3 yield ten palettes of color choices; the first palette in the middle row, for example, demonstrates the colors achievable by combining magenta, yellow, and white base materials. Transparent colors are also achievable (bottom row and at right). Click image to enlarge.


The printer features a new printing block design that enhances print speed; it builds models at about half an inch per hour (in the z axis). The print envelope is just under 20 x 16 x 8 inches, and print layer resolution can reach 16 microns.

Although it’s applicable to all industries, said Bradshaw, target markets for the Objet500 Connex3 include consumer products such as sporting goods, electronics, and toys; education, entertainment; architecture; and service bureaus.

MarkForged also attracted lots of attention with a new type of 3D printer: one that builds with carbon fiber. “You can print parts at your desk with a higher strength-to-weight ratio than CNC[-machined] aluminum,” said CEO Greg Mark. “You get parts that are twenty times stiffer and five times stronger than nylon plastic.”

The Mark One ($5,000) prints parts from nylon and carbon fiber, automating the manual process of laying out fiber in a mold and thereby eliminating a primary factor in the cost of traditionally produced composites. The raw material is another contributor to that cost — “carbon is crazy expensive,” as Mark put it — but it only takes a tiny bit of carbon to make a much stronger part, he explained, “like rebar in concrete.”

Mark One users can reduce that expense by swapping out the material spools to print all-nylon test versions before printing the end-use parts in a combination of nylon and carbon fiber. (An estimated cost comparison for one part on display was $15 for the nylon version, versus $25 for the carbon-strengthened model.)

The market for the Mark One comprises two primary groups, Mark explained. The first is those who are currently using fused deposition modeling technology (found in Stratasys 3D printers) to print tooling and fixtures; with carbon fiber, they can create a much stiffer final product, and “a stiff tool is a precise tool,” he said. The second is customers who want to make parts similar to traditional aluminum versions, but don’t have a CNC machine. The Mark One’s output won’t replace metal parts, Mark clarified — rather, it will extend the applicable range of plastics.

“This technology is inherently scalable,” noted Mark, who plans to create printers large enough to print entire vehicle bodies someday — a process that will take about a week, he predicts.