Event report: Virtual reality, 3D printing, and much more are highlights of this year’s Partner Pavilion.

The Partner Pavilion at last week’s SOLIDWORKS World 2017 user conference in Los Angeles was alive with demonstrations and displays of nearly 125 exhibitors — the most the event has ever included, the company reported. That number included more than 30 companies that were new to the event this year. Virtual reality, 3D printing, and a handful of new computing products were highlights of this year’s show floor.

Following is a roundup of new and noteworthy software and hardware products and services compiled by Cadalyst editors who attended the event, including a glimpse at more than a dozen first-time exhibitors.

File security. For manufacturers grappling with intellectual property (IP) protection and regulations compliance, Seclore offers a noteworthy information rights management solution. Wally Bitaut, director of business development, briefed Cadalyst about the new IRMaaS for SOLIDWORKS. The plug-in tightly controls access to shared SOLIDWORKS models, and if a file is misused, misplaced, or stolen, it can revoke access remotely or make the file self-destruct. It centrally logs all activities and forensic details associated with protected files — whether inside or outside the enterprise network, including unauthorized attempts. IRMaaS is also available for AutoCAD, 3D PDF, and more than 60 other file formats and can work alongside any product data management platform, Bitaut said.

Structural analysis. SIMSOLID is a high-capacity structural finite-element analysis (FEA) tool that analyzes CAD geometry directly in seconds to minutes, without meshing, according to the company. Designed to complement CAD-embedded simulation, it works with SOLIDWORKS, Onshape, and Autodesk Fusion 360 to analyze large and complex parts and assemblies, including complex lattice-based designs, using a desktop-class computer. A reportedly unique approach to bolt modeling uses full-fidelity 3D geometry, including threads if available. Multi-CAD analysis integration supports multiple design studies of large assemblies so users can quickly evaluate and compare the structural performance of different geometric configurations, even those from different CAD systems. 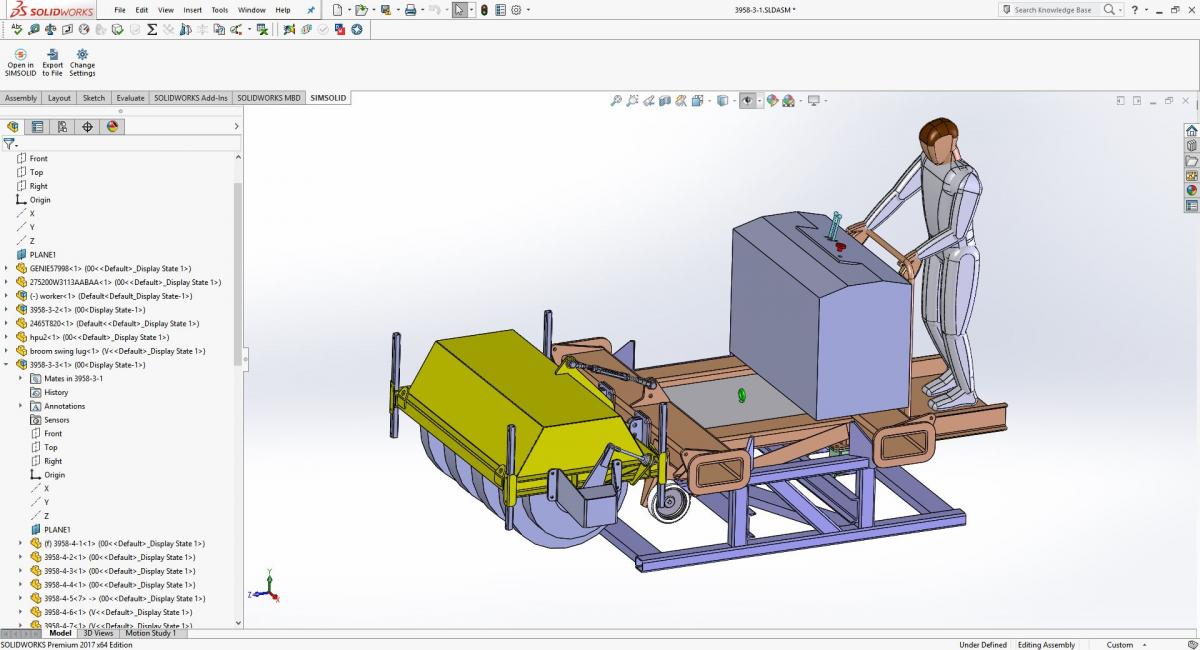 Pascal-based graphics processing units (GPUs). NVIDIA rounded out its new Pascal architecture–based product line with the announcement of six Quadro GPUs: the GP100, P4000, P2000, P1000, P600, and P400. The newest cards join the previously announced P6000, P5000, and mobile GPUs, all designed to support the demands of photorealistic rendering, simulation, and virtual reality (VR) with ultrafast memory and up to twice the processing performance of previous-generation products, the company reports, as well as visualize data in high resolution and HDR color on as many as four 5K displays.

The GP100, which NVIDIA calls the “absolute best GPU on the planet today,” offers 16 GB of high-bandwidth memory (HBM2) so users can conduct simulations during the design process and gather realistic multiphysics simulations faster than ever before, according to the company. The GP100 and P4000 have the power to create detailed, lifelike, and immersive VR environments at scale, even based on large, complex designs. The new cards will be available beginning in March from workstation OEMs and authorized distribution partners.

Also on display was the GPU-powered Radeon ProRender rendering engine, which features a native physically based material and camera system that enables global illumination (including caustics) and, unlike other renderers, can simultaneously use and balance the compute capabilities of multiple GPUs and CPUs on the same system at the same time, according to the company. Free ProRender plug-ins are available for SOLIDWORKS (beta to end in Q1 2017), Rhino, Autodesk 3ds Max, and Autodesk Maya (beta). Built on OpenCL, ProRender works across Windows, OS X, and Linux and supports AMD GPUs and CPUs as well as those of other vendors.

Office-safe industrial 3D printer. Showcased publicly for the first time, the Rize One is an office-safe and environmentally friendly 3D printer. Rize CEO Frank Marangell told Cadalyst, “Different 3D printers today typically offer some of the benefits of injection molding, but at the expense of others. The Rize One delivers all those benefits — and more — while overcoming the drawbacks of all other 3D printers.” The Rize One features no toxic particle emissions, outgassing, mess, or harmful materials, and no need for postprocessing, which dramatically reduces turnaround time and labor costs. A proprietary compound of engineering- and medical-grade thermoplastic results in watertight, isotropic parts stronger than polycarbonate and twice as strong as ABSplus. Finished parts (up to 12” x 8” x 6”) offer smooth surface quality, full color, and detailed text and images. Parts and waste material are recyclable. (For more information about the Rize One, see Cadalyst's report, "Rize Seeks to Decrease Effort, Expense of Desktop 3D Printing," August 2016.) 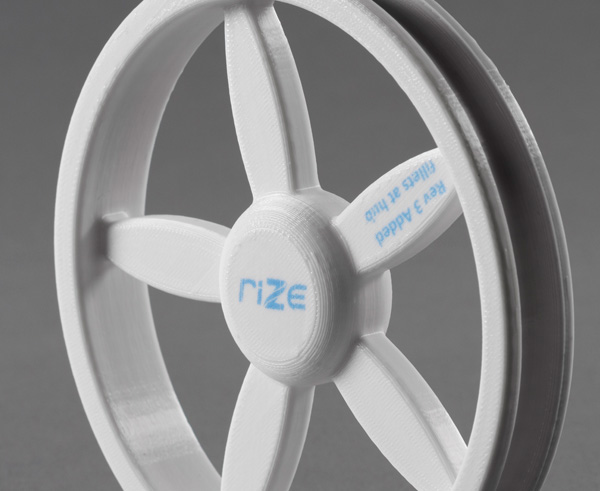