Event report: Virtual reality, 3D printing, and much more are highlights of this year’s Partner Pavilion.


3D printer for metal parts. Markforged unveiled Metal X for rapid 3D printing of stainless steel and aluminum parts and molds, based on its new Atomic Diffusion Additive Manufacturing (ADAM) technology. Priced at less than $100,000, the printer features a 250 mm x 220 mm x 200 mm build volume. Available for order now, the Metal X will launch in September with the ability to print stainless steels 17-4 and 303. Other metals, including tool steel for injection-molding applications, are actively under development.

Prototype-focused 3D printers. Stratasys launched a fused deposition modeling (FDM)-based line of 3D printers for professional prototyping, the F123 Series. The F170, F270, and F370 are designed for office and classroom environments, are controlled through a touchscreen user interface, and reportedly require no special 3D printing expertise to operate.

3D printing PCBs. Nano Dimension exhibited its DragonFly 2020 3D printer, which is dedicated to creating printed circuit boards (PCBs) and prototype circuits. Just prior to the show, the company announced a new process that uses the DragonFly 2020 to create PCBs with embedded electrical components.

Miniature CAD workstation. Having debuted in mid-November, the HP Z2 Mini CAD workstation was drawing the oohs and aahs of SOLIDWORKS World attendees. Measuring a mere 8.5” x 8.5” x 2.3”, the HP Z2 Mini is ten times smaller than a traditional tower workstation and weighs approximately 4.5 lb. It is twice as powerful as any commercial mini-PC on the market today, according to HP, and can support six displays right out of the box.

Overclocked workstation. BOXX debuted what it calls the “world’s fastest SOLIDWORKS workstation”: the APEXX 2 2403, which features a seventh-generation Intel Core i7 7700K processor, overclocked to 4.8 GHz. The new workstation is available with up to two, full-length NVIDIA or AMD Radeon Pro GPUs, and is covered by a three-year warranty.

Three new ThinkPads. Lenovo launched three new ThinkPad mobile workstations: the 15” P51 and P71, which are refreshes of the P50 and P70 and retain those chassis designs; and the 15” P51s, which boasts a redesigned chassis that renders it 12% lighter and 10% thinner than its predecessor, the P50s. “We shaved off more than half a pound,” reported Lane Jesseph, worldwide ThinkPad product manager for Lenovo, taking the P51s down to 4.3 lb.

The P51s is equipped with seventh-generation (Kaby Lake) Intel Core i7 processors, Windows 10 Pro, and a 4K UHD IPS display. The NVIDIA Maxwell M520M GPU “has been a great GPU for us; it’s powerful, but thin and light enough that battery life [of 16–18 hours] is just stupendous,” said Jesseph. The redesigned, backlit keyboard includes user-programmable function keys and a touch fingerprint reader that is “faster and far more accurate” than the previous swipe-style fingerprint reader, according to Jesseph.

The 5.6-lb P51 offers a 4K UHD IPS display with 100% Adobe color gamut and an integrated color calibrator, NVIDIA Quadro M2200M graphics, and an Intel Xeon E3 v6 processor. The P51 and P71 have been certified for all MIL-SPEC testing criteria other than salt fog corrosion.

At 7.6 lb, the P71 is the least portable of the group, and is equipped with a 4K UHD IPS display. A touchscreen option is available in both 15” models, but because it adds almost 1 lb, Lenovo is no longer offering a touchscreen in the 17” model. “It made a bad situation worse with the weight,” Jesseph observed. The P71 is equipped with an Intel Xeon E3 v6 processor and NVIDIA Pascal-based Quadro GPUs up to P5000M, and is capable of powering virtual reality (VR) experiences. “VR needs 90 frames per second per eye [for comfortable viewing]. It’s all about latency — you really need big, powerful GPU there,” Jesseph explained. But because SOLIDWORKS is more CPU-based, it’s not going to benefit much from moving up to the Pascal level, he noted. The P71 can run as many as four external monitors, or five with the Thunderbolt dock. The 96 Whr battery offers a 7–8 hour battery life.

The P51 and P71 will support Windows 10, Red Hat, and Ubuntu. Because Windows 7 is not supported on the seventh-generation Intel processors, Lenovo will continue to offer the older models, P50 and P70, until July 18 for customers who want a Windows 7 experience, Jesseph confirmed. The Lenovo ThinkPad P51s will be available in March, starting at $1,049, while the ThinkPad P51 and P71 will be available in April, starting at $1,399 and $1,849, respectively.

On-demand CNC milling. A combination of software and end-to-end manufacturing services for producing low-run, CNC-milled parts, Plethora bills itself as “a factory at your fingertips.” Using a free add-in to SOLIDWORKS (or Autodesk Inventor), customers can optimize parts for manufacture, get instant pricing, then send the model directly to the Plethora factory in San Francisco. The software highlights potential manufacturability problems in the model and provides feedback about how to resolve them. “This helps eliminate the learning curve associated with designing parts for CNC milling,” as well as dramatically reduce manufacturing cycle times, said Jeremy Herrman, CTO and founder. Parts sized 0.25”–8” can be produced from a variety of plastics or metals; typical turnaround time is three days. Turning services are currently in beta testing. 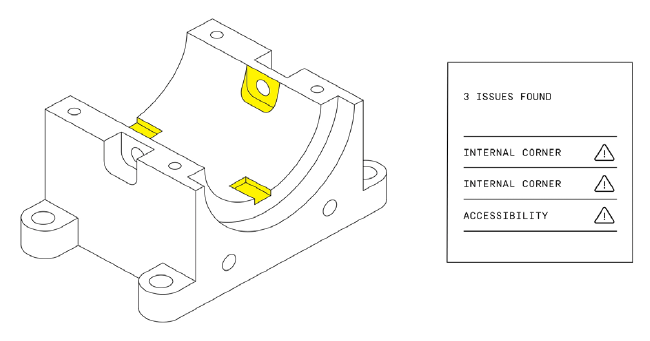 Rapid insert molding. Proto Labs, a producer of 3D-printed prototypes and low-volume production parts, announced its new insert molding service. The process overmolds thermoplastic material around a preformed (typically metal) component to create a finished part that incorporates multiple materials and offers reinforced mechanical properties. Insert molding is used in multiple applications, including “any time you need to screw into a strong [metal] thread instead of a plastic thread,” explained Kristen Weis, marketing manager for Proto Labs. In that case, a metal post designed to receive a screw is placed within the mold first, then resin flows through and locks it in place; a knurled surface on the post increases the grip between the two materials. The company can produce 25 to 10,000-plus insert-molded parts in 15 days or less. 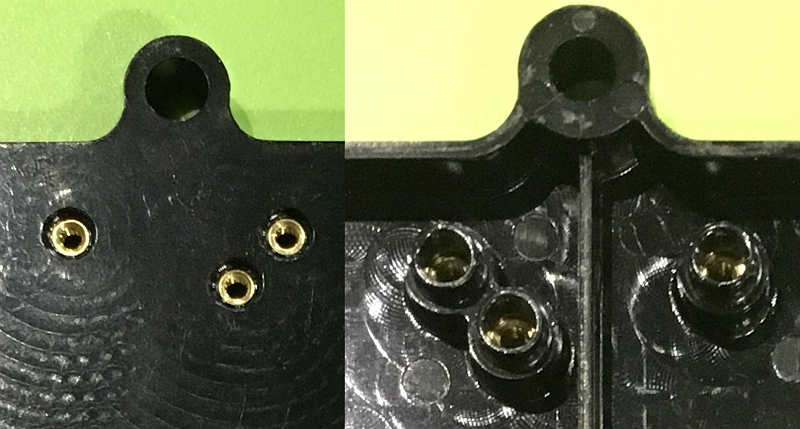 Part configuration plug-in. MISUMI USA, a supplier of mechanical components for factory automation, press die, mold, and prototyping purposes, showcased the Rapid Design inCAD Components add-in for SOLIDWORKS that it launched last year. The add-in provides access to a library of configurable components, and automatically adjusts part numbers, pricing, and lead time estimates as users make changes to components. “Engineers can do all this configuration within the SOLIDWORKS environment … without going online,” noted Christopher Osos, Misumi marketing director. According to Osos, InCAD Components will be joined in the future by an add-in for aluminum extrusion and another that will use shape recognition to show users similar parts available from Misumi and competitors.

Private cloud support. EpiGrid announced its acceptance as an AMD Technology Partner. EpiGrid VDI solutions enable any mechanical engineering application to be deployed via on-premise cloud, providing access from virtually any thin client in any location and eliminating the need for on-site IT or application administration.

Product document management. Kenesto announced the availability of Kenesto Drive 2.0, an updated version of its virtual local area network (LAN) drive for storing and sharing CAD and other engineering files. The Kenesto Drive service pairs files from desktop devices to the Kenesto Cloud and enables users to share files with collaborators inside and outside their company.

The new version features automated dependency management: Once users define document dependencies, Kenesto can determine all the instances where a particular component part is used. “You may have one part in 10 different assemblies,” explained Jyoti Das, product manager for Kenesto. “You can choose a replacement part … and put it in all those assemblies, or just those you choose.” Kenesto Drive 2.0 also features enhanced security that encrypts all documents cached on laptops as well as in the cloud, and provides two-factor authentication.