Headed by a team of female designers and engineers, the crowdfunded startup approaches brassiere design from a user’s perspective.


One hears a lot of talk these days advocating greater diversity in engineering, mathematics, and other disciplines that, in this country, have traditionally been dominated by white men. We’re all familiar with the calls for including more women and minorities in technical learning and work environments. But apart from the obvious — excluding talented people because of their gender, race, or any irrelevant factor unfairly limits their growth and hobbles their earning power — why does it matter?

If you’re a designer, an engineer, or another kind of professional problem solver, it matters because one person who sees the situation differently can be more valuable than 100 people who think along the same lines. A more heterogeneous group naturally brings a broader range of perspectives and experiences to the table. That can pay off when seeking answers — and identifying problems in the first place.

An example is Trusst Lingerie, a startup company that was showcased on the main stage at the SolidWorks World user conference in February. Two Carnegie Mellon–trained industrial designers — CEO Sophia Berman and CPO Laura West — founded Trusst to tackle a common design problem that few of their male counterparts are even aware of.

Berman and West knew from experience that underwire-based brassiere designs aren’t perfect, although they’ve been in use for decades. “The weight should be supported in both the band and the cups, but most bras are ineffective and a large portion of the load is distributed by the shoulder straps [instead],” said Berman. That pressure can cause shoulder, neck, and back pain, especially for larger-busted women. In addition, underwires can poke and squeeze uncomfortably. “It’s a really widespread problem that isn’t really talked about,” said West.

In 2014, Berman and West joined AlphaLab Gear, a hardware startup accelerator program in Pittsburgh, Pennsylvania, and began looking for solutions. “We wanted to create a product that would be impactful,” said Berman.

To better understand breast volumes and the variety of body shapes, the team tried collecting data with a Sense handheld 3D scanner from 3D Systems, but ultimately found it was most helpful to get measurements — and input — from volunteers the old-fashioned way. “We just looked at the way weight was [positioned] on the body, and how to support that,” said Berman.

The team used a MakerBot 3D printer to create physical models of various truss designs, then sewed them into prototype bras. Instead of relying on an underwire, which acts more as a pivot than a support, Trusst bras use a system inspired by bridges: trusses that support the weight from beneath, transferring the load to the strong core muscles of the wearer’s torso instead of the shoulders. 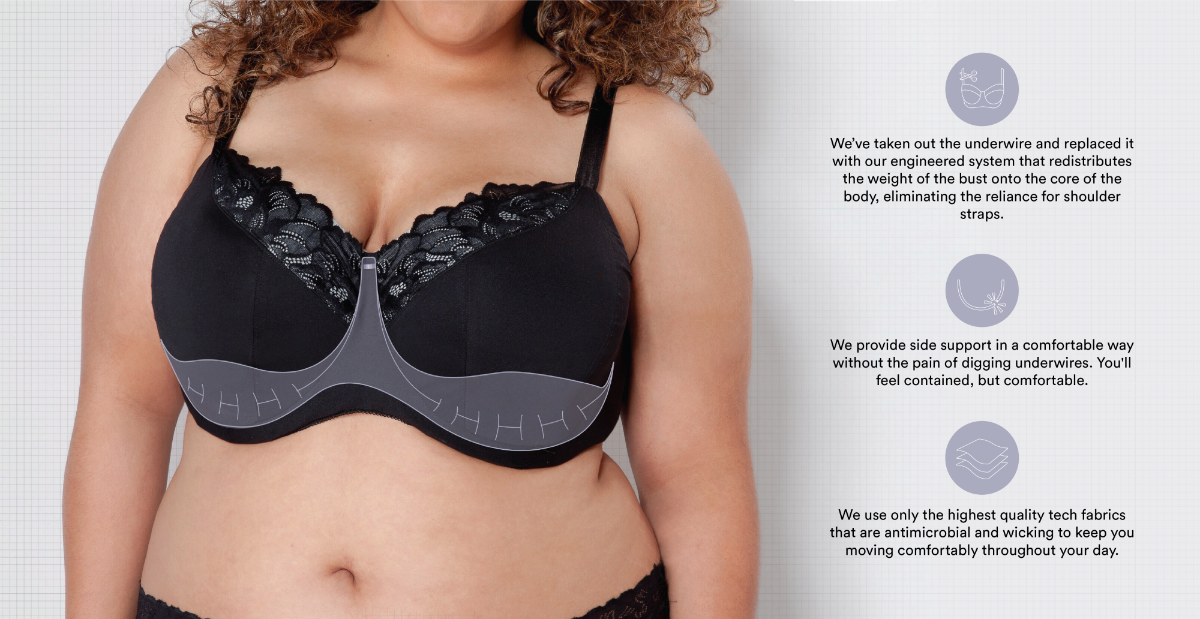 Trusst bras use a polymer truss (its position is indicated here in gray) sewn inside the fabric to transfer weight to the wearer's core instead of her shoulders.

As part of the accelerator program, Berman and West had access to CAD software through TechShop, but they transitioned to SolidWorks when they found it more capable for their needs. SolidWorks Simulation helped the team perfect the thicknesses of the truss and explore how to adjust it for both support and manufacturability, Berman explained. Those changes included widening the “wing” of material that sweeps up around the outside edge of each cup to better support the breasts. The team also uses Ansys software for material simulation.

But the design considerations did not stop there — aesthetics and comfort had to be taken into account as well. “There’s a fine line between support and the comfort of what you’re wearing,” said West. “You don’t want it to feel like it’s body armor,” Berman agreed. In addition to the trusses, which are now created by injection molding as the company moves into large-scale production, the bras are built with wicking, antimicrobial, machine-washable fabrics that are comfortable on the skin, West explained. 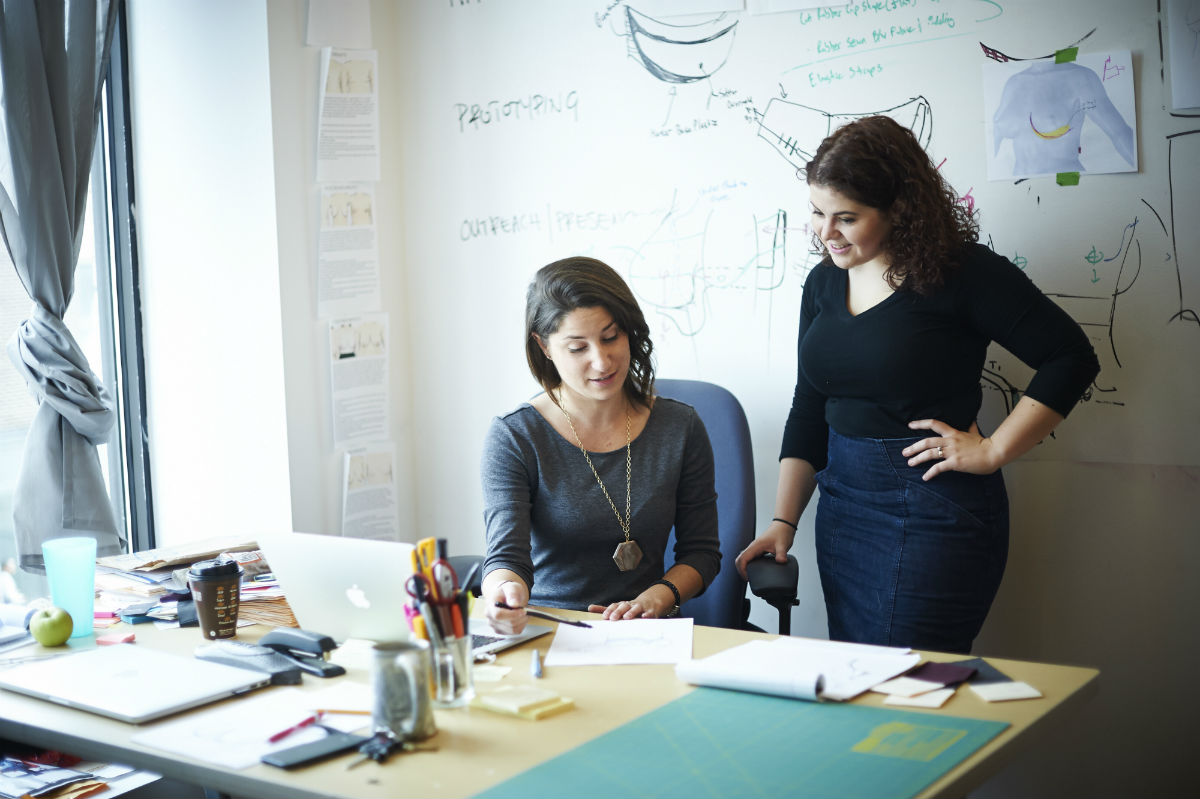 In addition to determining how to support the weight of the breasts, Berman (left) and West (right) were also concerned with the biocompatibility of polymers for the trusses, which fabrics would provide both comfort and support, and how to incorporate style elements (such as lace panels) into the designs.

Bringing Support to the People

The Trusst team launched a Kickstarter fundraising campaign in April 2015, which met its goal amount of $25,000 three times over by the time it concluded a month later. Pre-orders are still being accepted for the first shipment, which will go out by this summer; after that, Trusst will start selling through its website and in retail settings by partnering with existing retailers of women’s clothes, said Berman.

Currently, Trusst bras are available in band sizes of 32 to 42 and cup sizes of DD to J. There are plans to add more sizes in the future, but not on the smaller end of the spectrum. “[Our truss technology] works a lot better as you get larger,” noted Berman. Scaling up the designs poses much more of a challenge than making, say, a T-shirt in additional sizes. “We are not making large adjustments to each size; however, we have to go back and check the viability of the design as it scales toward larger sizes. This means that the SolidWorks and Ansys simulation software is vital to this process,” she explained.

According to Trusst, the average bra size of American women is 34DD, meaning the potential market for their flagship product numbers in the millions. And the company expects to expand its offerings further in the future; other products that would benefit from the truss-based support technology include sports apparel, nursing bras, and swimwear, said Berman. The company will also continue to provide education — to bra novices as well as bra veterans — about the importance of effective support