Ads help support our ability to provide you all our articles and papers at no cost to you. Thank you for your consideration and support.
Sponsored Content
CAD

It is critical for large and small manufacturers to be able to utilize data to make smart design decisions.


The world is awash is a sea of data. It's estimated that we're producing 2.5 quintillion bytes of data daily. (For perspective, a quintillion is a 1 with 18 zeroes after it, which officially puts the big in big data).

With the amount of information now being generated, it is critical for manufacturing companies to come up with a strategy for how best to consume and act upon all this data. And while it'd be easy to think that data strategy is something for the Boeings and General Motors of the world, make no mistake: it is essential for big and small manufacturers alike. 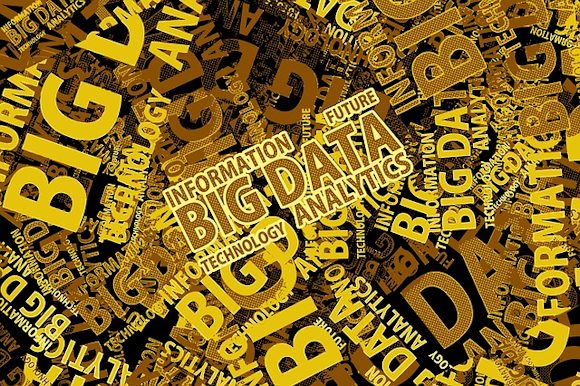 In many manufacturing scenarios, the value of data is unlocked when different pieces of information are brought together to provide context or action-ability. For example, let's say that a small manufacturer's profit margin starts to erode when the price of the raw material of the component they are manufacturing goes above 30% of their quote price.

Typically, the manufacturer doesn't know until very late in the project whether their profit margin is being eroded. That's because it's difficult to collect information from multiple different data sources— for example, the size and the volume of the component from the CAD file, and the price of the raw material in the open marketplace—and then manually join the dots.

What if, however, the small manufacturer could collate information from multiple different data sources, mash it together, and trigger an alert? For example, the company could set up an automated process where as soon as an engineer saves a 3D CAD file, metadata such as volume is extracted and compared against the quote information to see if there is an erosion of profit margin; if so, an email alert is fired off to the COO.

Similarly, a large automotive company might derive value from mashing together information from their CAD system, their issues management data base, and their warranty database, to make it easier for engineers to take action on a potentially faulty design. For example, let's say the company is planning on reusing the rear suspension system from their 2016 model car for their 2018 model. Having insight into problems with the 2016 model suspension systems can help alert engineers to the problem before the new models start rolling off the assembly line.

What do all of the various applications we mentioned above have in common? They are all textual data living in a spreadsheet, or a line of business application. Getting all of the information together in one place is a challenge to be sure, but now that I have it – how can I make it "useful" or actionable?

Imagine if as the company COO I am the recipient of the aforementioned notice that my margins have been affected. I might know what component or subsystem is being referenced just out of familiarity, but what if what I was presented with was an interactive 3D model with the component(s) at issue highlighted and all the relevant metadata displayed by "mousing over" the components.

A source of waste and rework in manufacturing are decisions made without the proper context. By bringing a 3D visual representation into the workflow we are elevating the level of understanding by the person executing the workflow. As the amount of data continues to expand to include things like simulation data, sensor feedback from IoT solutions, and so forth it will become increasingly more difficult to encapsulate the right data with the relevant context.

A Role for 3D PDF and HTML Publishing

It may seem counter-intuitive, but sometimes what is needed is for manufacturers to get a handle on the rising tide of data by enabling users to more easily focus on the information that matters most to them. This ability to "filter out the noise" is a key to preventing information overload.

Using the proper software, end users can turn rich collection of data along with the 3D context into a rich, interactive 3D PDF or HTML document that anyone can open and access with a copy of the free and ubiquitous Adobe Reader or simply within their web browser. Not only can users read the 3D CAD data within an existing 3D PDF file, they can embed documents, spreadsheets and other files to the PDF documents as attachments.

The result? Scenarios like the ones described earlier—where warranty information, customer quote information, and other data sources can be stacked side by side with 3D CAD data and processed according to various business rules—become infinitely easier to achieve.

For example, if an engineer at an automotive company wants to understand the material properties of one particular component in an assembly, why do they need to know what the rest of the car looks like? Do they even need to see detailed information about the other components? Custom views in 3D PDF allow users to focus on one aspect of a larger design, giving them access to Assembly Structure, B-Rep, Geometry and product manufacturing information (PMI). The rest of the design is available if needed, but conveniently "hidden" from view, reducing the amount of data the user has to swim through each day.

Big data is only going to get bigger in the coming years—and manufacturers that don't have a strategy on how best to harness the information that flows into their organization are going to be at a disadvantage.

It's not a question of "should I do this" but rather "when and how will I do this?" For many manufacturers—either those just starting to create a data strategy, or those modifying an existing one— choosing a platform which offers a compelling tool that can help them keep their heads above water and make better sense of the massive amounts of data circulating within their organization is a key step in the world of big data.

About the Author: Chris Jones

About the Author: Dave Opsahl