Harnessing the Cloud for CAD: The Case for Virtual Workstations, Part 3

Once you’ve decided to bring cloud-hosted virtual workstations into your workflow, you’ll need to tackle a host of additional decisions about platforms, providers, and instances.


Google Cloud’s workstation-caliber virtual machine instances are set up a bit differently. Rather than fixing a certain level of GPU resources to an instance, Google Cloud allows users to attach GPU models to a range of its Compute Engine instances, with GPU models today leveraging previous-generation Nvidia Tesla K80 GPUs on the server. GPU models provide capabilities comparing favorably to mid-range and better Quadro GPUs designed for the deskside. 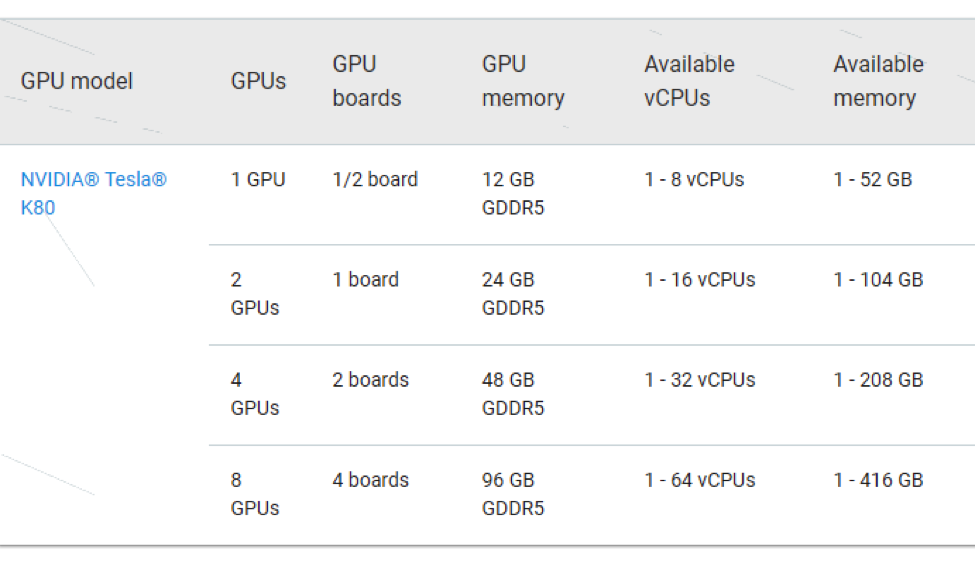 Beyond the standard defined instances available from core providers such as Azure and AWS, remember that a fundamental goal of modern datacenters is to be flexible, such that they can be dynamically sliced up and delivered in a variety of forms, through virtualization and other means. So while standard public cloud offerings may be limited to just a handful of options, a large customer approaching a major cloud provider for a private cloud solution can most assuredly secure a far wider range of virtual workstation models.

While the cloud primarily runs on infrastructure owned by a small group of providers, that doesn’t mean that those that own the physical cloud represent the only place to find and rent virtual workstations in the cloud. Far from it, as the still-evolving cloud computing industry is spawning third-party suppliers that deliver crafted solutions that then run on top of a cloud provider’s physical infrastructure (again, typically the trio we’ve been discussing). In fact, many may find third-party public cloud offerings — emphasizing simplicity, ease of use and management, and more moderate provisioning of hardware resources — the most appealing options for CAD.

Frame and Cloudalize are two such cloud platform providers. Frame's proposition is a straightforward one: Bring the applications you're currently using, choose a specific cloud infrastructure, select an authorization manager, connect to files in the cloud (from Box or Google Drive, for example), and deliver it all to your users. The company leverages much of the established and accepted infrastructure developed specifically for the cloud and packages it up in products focused on performance, flexibility, and simplicity. Any Windows or Linux application will work, and that application will be delivered to users through any HTML5-capable browser, with no special client software required. 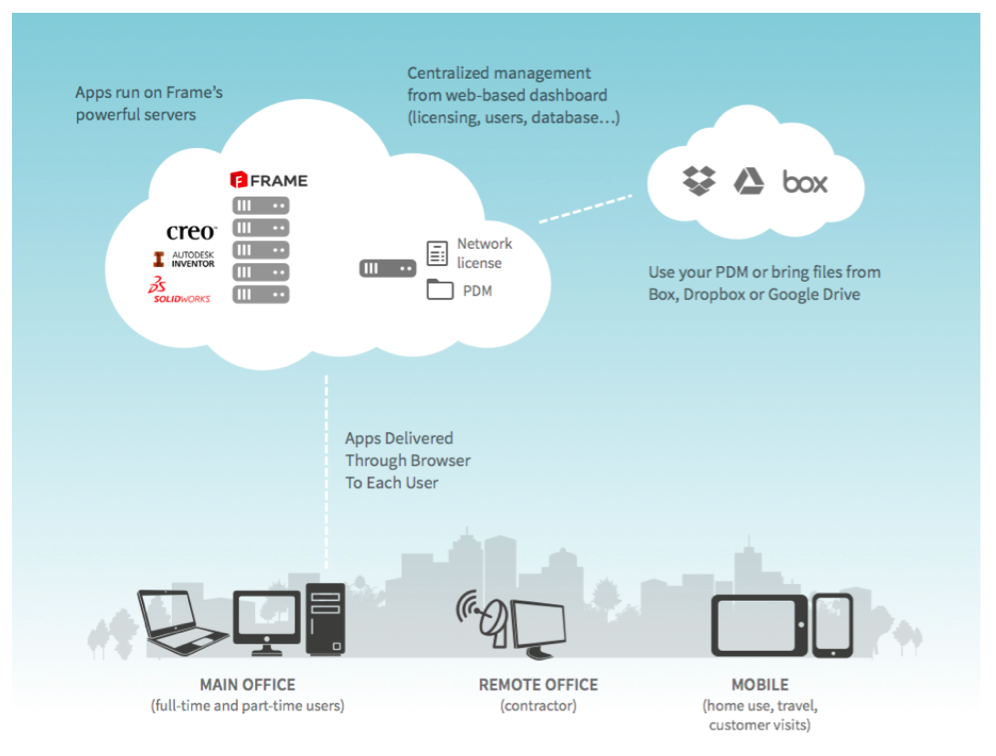 A CAD computing environment in the cloud, delivered by Frame. Image courtesy of Frame.

Frame’s current menu of instances includes four options, which tend to be more modestly configured than the standard NV and G3 instances from Azure and AWS. Frame is offering four virtual workstation models, or what the company refers to as machine instances: Air 4GB, Air 8GB, Pro 16GB, and Pro 64 GB.

Appropriate for knowledge and task workers running light loads, the appropriately named Air instances rely on CPU/software rendered graphics, and therefore are not appropriate for any CAD use other than minimalist 2D work and imaging. The Pro instances will appeal to the core of the 3D CAD base, starting with the mainstream Pro 16GB with a quad-core Xeon CPU and single Nvidia GPU, creating a virtual machine very comparable to the typical entry-level to mid-range physical deskside machine. Moving up a level, the Pro 64GB delivers 16 cores and 4 GPUs, meaning it would compare favorably to a conventional, high-end deskside workstation costing $10,000 or more.

CPU, GPU, and memory resources allocated to each of Frame's virtual machine instances. 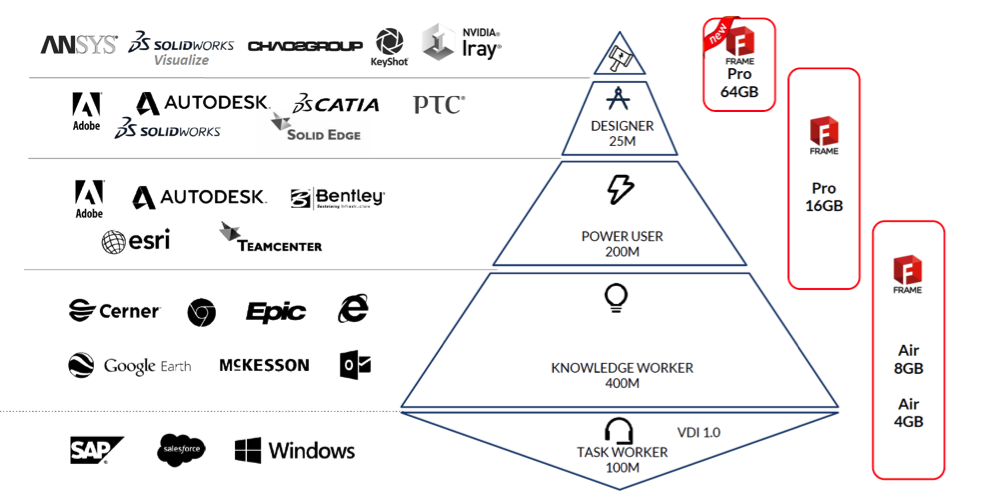 A range of apps, serving a variety of user types — all supported by Frame virtual machines with a range of compute, graphics, and memory performance. Image courtesy of Frame.