A new way of doing business — or a fad? Cadalyst finds out how architects, designers, and contractors are taking advantage of this technology.


Ever since 3D modeling became accessible to the AEC industry, designers and builders have been looking for new ways to provide value via CAD data. Simplistic 3D modeling has evolved to enable preparation of photo-realistic renderings, fly-through simulations, schedule-loaded 4D models, cost-loaded 5D models, and more.

To take an industry pulse of BIM/digital twin activity, Cadalyst checked in with designers, contractors, and software firms active in these areas. While widespread adoption is still an elusive goal, firms are making headway in applying BIM and digital twins on a growing number of projects.

General contractor DPR Construction has been using BIM in various forms for over a decade. Dustin Ridley, DPR’s Arizona virtual design and construction (VDC) leader, has seen the BIM/digital twin concept most successful when implemented early in a project. Early engagement with the owner and design team “provides opportunities to organize and leverage BIM data,” Ridley said.

On a healthcare project in Arizona, DPR linked multiple design models to provide one unified Autodesk Revit model, accurately modeling every stud, piece of conduit, and other components to essentially “build rooms ahead of time,” according to Ridley. “This allows the owner to do another iteration of review” beyond conventional pre-construction reviews, he said. During construction, DPR overlaid the design model with field location data, using an augmented reality process to field-check locations of key devices. The team used MobiLive from Tempe, Arizona-based VisualLive to display the overlay on iPads. 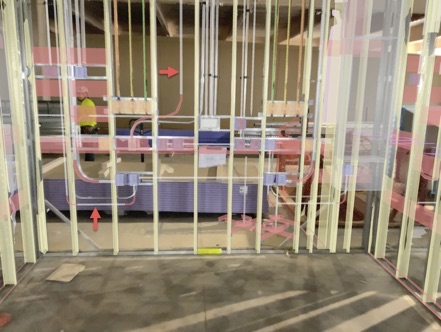 BIM concepts are also finding use outside buildings. On the Caloosahatchee (C-43) West Basin Storage Reservoir in LaBelle, Florida, contractor Lane Construction Corporation is using a 4D modeling process to aid construction of a 10,500-acre water reservoir. The project includes a dam, 18 water control structures, discharge piping, a perimeter canal, a bridge, and roughly 18 million cubic yards of earthwork. The size and complexity of the project required quantities to be “segregated to better quantify and identify an accurate bid, schedule, work plan, and as-built,” said Matt Blake, VDC/BIM director for Lane.

Lane was not provided with a 3D model, so they created a shape-based model in Bentley OpenRoads based on construction plans and a surface model previously created in Autodesk Civil 3D for automated machine grading. The team has used Bentley’s SYNCRHO Field and SYNCHRO Control to provide more detailed analysis of quantity take-off and schedule management, helping identify the critical path and sequence the project accordingly.

The digital process provided a virtual file cabinet of data, including plans, photos, and material details, accessible via iPads and mobile phones. “In the past, we've had notebooks and binders in the trailer and file cabinets full of documents,” said Blake. “Having one electronic repository that's easily searchable and tagged with the proper information is huge.” 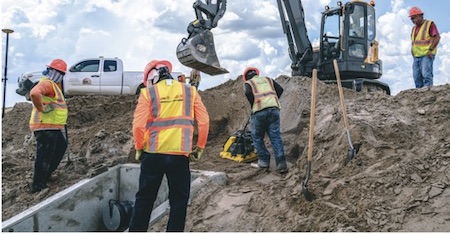 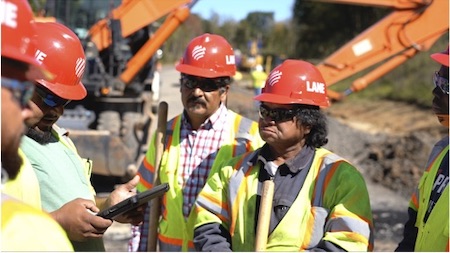 Designers typically get involved earlier in the BIM process than contractors, which has opened new doors for some firms. Cuningham, designers of education, healthcare, living, and hospitality projects, has seen BIM move their firm to the forefront of projects and enabled them to work with owners on more comprehensive planning, said Aaron Barrette, a BIM director at Cuningham. “We can provide complete building models that become a portfolio for the client.”

On a recent integrated project delivery (IPD) project, Cuningham orchestrated building a Revit model using Autodesk’s BIM 360 — now known as Autodesk Build -- as a common platform. They incorporated models from multiple disciplines and panelized much of the building, including a highly themed conference room. To coordinate design of curved and multi-planar elements, Cuningham turned to Minneapolis-contractor Radius Track for modeling and fabrication. While Cuningham has been using BIM for more than 20 years, Barrette sees new opportunities with digital twins, where O&M data can be linked to models and guide replacement of mechanical equipment and other building components. “We’re just starting to scratch the surface” with digital twin concepts, he said. 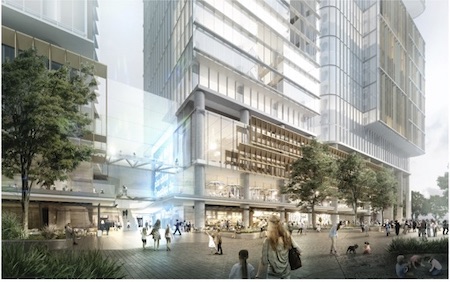 While AEC firms have experienced success with BIM and digital twins, various hurdles stand between early and widespread adoption. The need for more upfront and open collaboration seems to be a common theme for achieving success. Contractors “need to build relationships with design teams,” said DPR’s Ridley, noting that owner cooperation is also key. Smaller projects -— with less than $5-million construction budgets and tight schedules — can also be challenging, but the same opportunities exist for upfront collaboration, he added.

Collaboration can also depend on the procurement method, noted Lane’s Blake. “Design-build projects are more suited [to BIM collaboration],” he said. On design-bid-build projects such as the Florida water reservoir, design information is often not shared as freely.

A key objective of Tandem is to “take a digital representation of a design and connect it to operational data [in a unified platform],” said Bob Bray, Autodesk’s senior director and general manager of Tandem. In the past, he noted, “A lot of duct tape and bubble gum [has been used to produce digital twins].”

Bentley’s iTwin, also a cloud-based service, was developed on a native technology stack to allow products such as SYNCHRO to be built directly on top of that stack. Legacy products such as MicroStation can also be connected to iTwin data in the Cloud. “The technology is for the most part there, but it's really up to the industry to drive adoption," said Rich Humphrey, Bentley's Vice President of Construction.

A host of other software firms are also tailoring products for BIM and digital twins. Regardless of platform, the extent of adoption by AEC firms still appears to be heavily dependent on collaboration throughout the design and construction process. The extent of collaboration could determine whether BIM and digital twins are viewed as optional tools or the primary way AEC firms conduct business in the future.