Bricsys unveiled new partnerships, new technology, and a few surprises for both AEC and mechanical CAD users at its annual conference, which was held October 9–10 in Stockholm, Sweden. The event coincided with the first anniversary of Bricsys’s acquisition by the Hexagon engineering technology conglomerate.

Among the surprises were the following announcements:

The McNeel/Bricsys partnership is especially intriguing: It offers an industry-first opportunity to turn “dumb” 3D geometry from models created in products such as Blender, Autodesk 3ds Max, and game engines from Unity and Unreal Engine into “smart” objects for building information modeling (BIM) or mechanical projects.

Throughout the two days of conference presentations, Bricsys made it clear that it continues on its mission to be the standard-bearer of what DWG-based drafting technology can accomplish in the 21st century. Even before Bricsys was acquired by Hexagon, the Ghent, Belgium–based company was pitching its DWG-compatible CAD software BricsCAD as an inexpensive yet powerful alternative to Dassault Systèmes SOLIDWORKS and Autodesk products including Revit, AutoCAD, and AutoCAD Mechanical. Last year the company unveiled BricsCAD Shape, a free architectural conceptual modeling application, as an alternative to Trimble SketchUp — with the advantage of saving data in the DWG format. This year, direct comparisons with Revit and AutoCAD Mechanical were downplayed a little, as the company focused on new technology it is bringing to market with the release of BricsCAD V20 later this year.

A Preview of BricsCAD V20

The first and most noticeable change coming in BricsCAD version 20 is Dark Mode. Until V20, Bricsys was only available with a white background. Of all the new features customers have been asking for, Bricsys says a black background was the most requested. The entire user interface (UI) has been refreshed, with redesigned icons, stackable panels, and a new Get Started page that includes a BricsCAD app store.

Hans De Backer, head of software development for the BricsCAD core, showed off how performance has been improved in BricsCAD V20. He loaded a dense drawing of more than 500,000 entities, then performed a variety of manipulations to show how fast BricsCAD V20 is on an “industry standard” notebook computer. He then did the same thing on a large TIFF file representing a 5-km detailed map.

One demonstration highlighted how BricsCAD V20 can become a full-service BIM engine. Working side-by-side in real time, two designers started with a train station canopy model (pictured below) created in “another CAD program” (the euphemism used throughout the conference for Autodesk products) and worked collaboratively to add design features to the project. The design team used Grasshopper to parametrically examine options, which were reviewed fully visualized in real time using the third-party renderer Enscape. Once a design alternative was selected, the model data was available to edit in BricsCAD, complete with previously associated (and modified) BIM data. 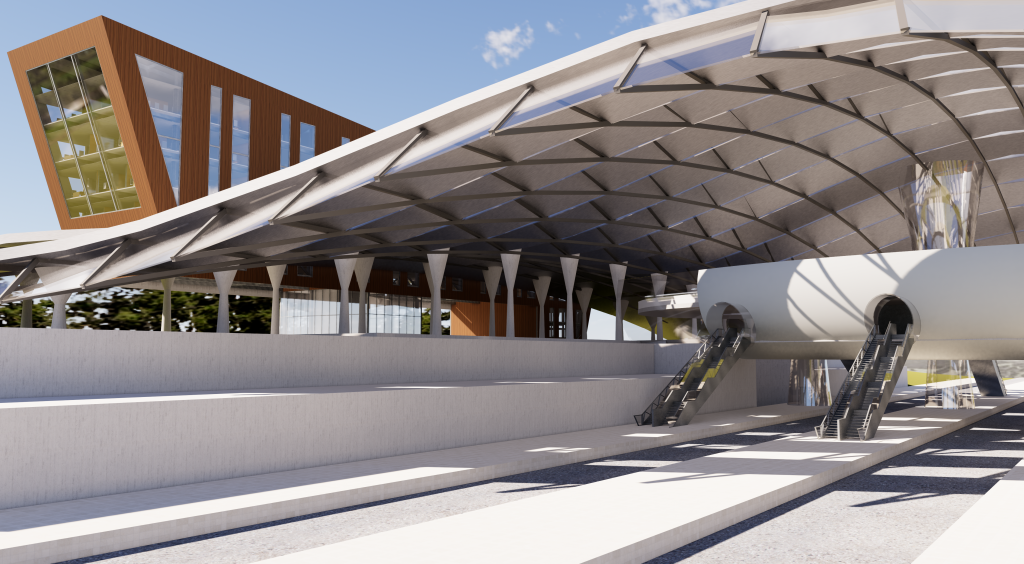 At the same time, the designers on stage created a new adjacent building from scratch. CAD commands including Shell, ConnectToNearest, Propagate, BIMStair, and AutoMatch allowed the designers to quickly create a 3D model with materials, floor layout, stairs, and elevation views including hatching.

The next day, the BricsCAD Mechanical team offered a similar live demo of new features. Starting from a design for an escalator created for the demonstration, the team used parametrics to automatically add extra panels and steps, and to turn a solids-based turnstile into a sheet metal design, including automated folds and bends ready for production. Other features shown included a new bill of materials (BOM) panel; the ability to mix BIM and BOM when a mechanical object is inserted into a BIM model; fast generation of drawing views; new tab-and-slot connections for sheet metal; automated disassembly, including connection lines; and the calculation of a lofted bend along a spline. 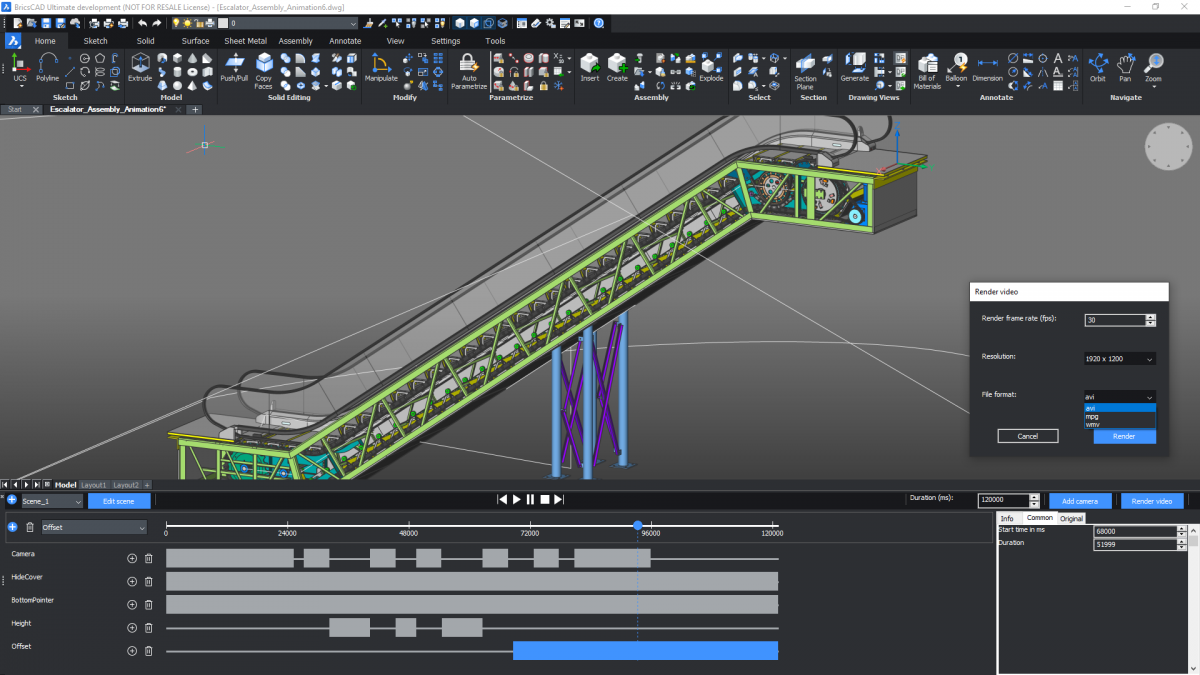 Bricsys demonstrated the use of parametric design elements to edit this wireframe model of an escalator to accommodate structural changes in the building model. The lengthened escalator required a new bill of materials (BOM), which was automatically generated as soon as the parametric editing was completed. Image source: Bricsys.

Late in the conference, Bricsys announced a new research collaboration with Leica Geosystems (also part of Hexagon) and HOK, the USA’s largest architecture firm, to advance scan-to-BIM technology. Leica builds scanners and other reality capture technology. The goal is to improve and automate the conversion of large point clouds into usable solid geometry. Bricsys said it will use its growing knowledge of AI for BIM to help transform the solids into intelligent BIM data with automatic IFC classification.

Greg Schleusner, director of design technology innovation at HOK, told conference attendees, "Bricsys has shown us technologies that we are quite excited about, especially in the area of creating better, richer models in less time. The Scan-to-BIM initiative, in partnership with Bricsys and Leica Geosystems, is another step in our continued goal of enabling our project teams to focus on making quality design decisions versus spending time manipulating data.”