Viewpoint: With BIM, the design stage is privileged over the execution stage — and tools that require specialized knowledge of BIM technology and operating skills are limiting the use of BIM in construction.


Building information modeling (BIM) uses many terms to describe models, and depending on the context, we speak of architectural, structural, and other industry models; an integrated or federated model; etc. All these terms refer to the design process.

Architects accept certain principles of modeling, taking into account construction or execution guidelines; for example, they divide walls and columns according to the order of the story. The result of their work is a body of the building, which allows for visualization and collision checking, as well as performing a number of calculations and juxtapositions. The model is then used for 4D, 5D, and subsequent analyses. The virtual model is presented with accuracy to the elements adopted by the designers. Elements shall be treated as indivisible.

This assumption made at the design stage seems to be sufficient for the needs of architects and model visualization for investors and contractors. However, in further analysis of 4D and 5D, the model composed of indivisible elements shows some shortcomings. Time and cost are parameters related to the implementation stage, and the "design" model does not, in principle, take into account the specificity of the construction, which is characterized by stages (as indicated in the report "Building Information Modelling for Project Managers, Report for Royal Institution of Chartered Surveyors May 2017").

The report highlights some pitfalls that should be avoided, in particular: The model coordination is separated from the design schedule and is done too early, while the design is still evolving, with the result that the coordination of the model plays a catching-up1 role.

The most common case, it seems, is concrete work, which is usually carried out in stages. This means that a single element can be made in parts, and not as a whole, in one implementation step. For each of these parts, you need to know the volume and sometimes also other data. Data for these sub-elements is not available in properties or anywhere else. In general, the schedule for construction of the executive model may differ from the design model, which results from taking into account the division of elements into sub-elements.

Design systems are generally equipped with tools to divide existing elements into smaller parts. Planning systems (e.g., VICO, ASTA) also cope with this problem, of course, by allowing the elements to be "cut" and adapted to new needs. However, these tools have relatively high prices and have a very extensive functionality, which for practical applications turns out to be unnecessary ballast. The author's2 experience with performers from many countries shows that they generally expect a simple solution that allows performing and visualizing the following actions on the model:

The above actions will be illustrated by a very simple example of a steel hall with a concrete wall along one of the sides. It was designed as one element. Let's assume that the contractor will execute this wall in two stages: the first one up to a height of 2 m, and the second one up to the full height of 4.27 m (length of the longest side 52 m). The first drawing shows a cut up to a height of 2 m (it is also possible to cut simultaneously with other horizontal and vertical planes). 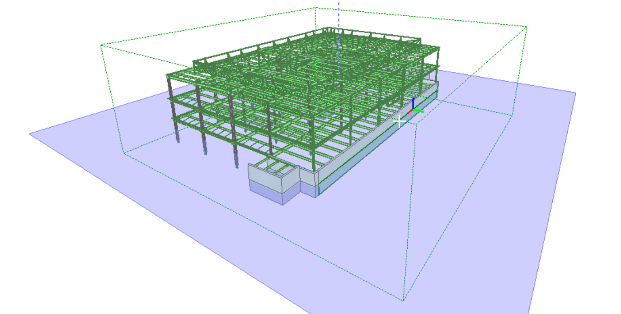 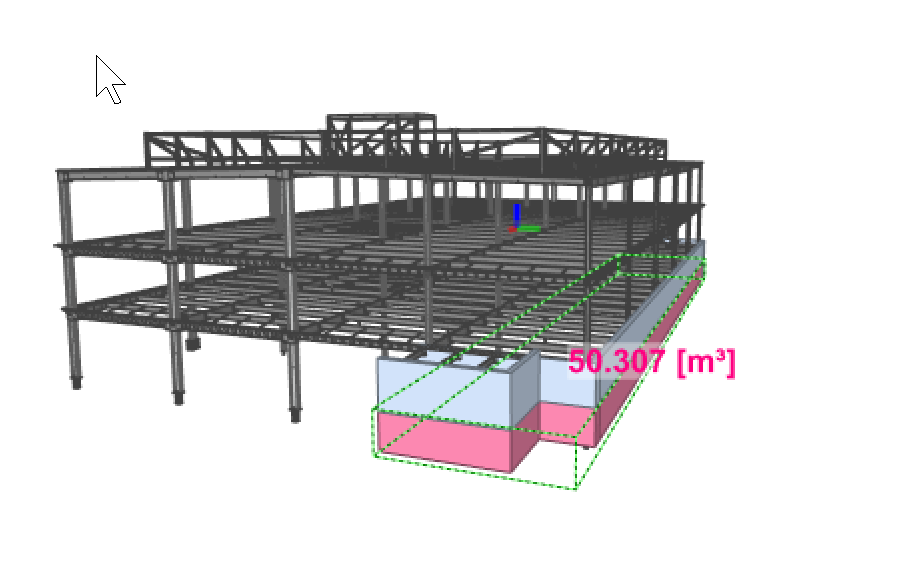 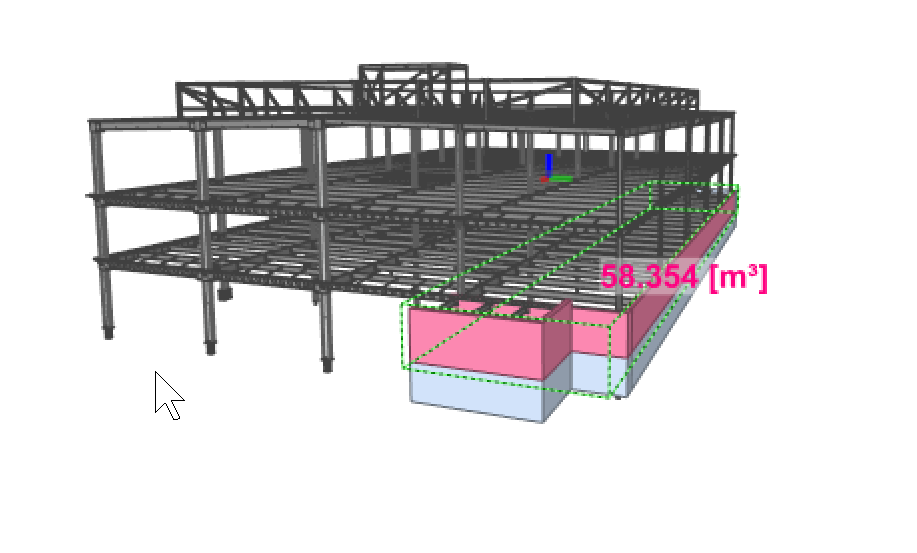 Performing these operations makes it possible to determine the amount of concrete for each of the parts visible in the drawing. The schedule, including the concreting stages, will also be slightly modified.

These activities should often be carried out quite quickly, even within a few minutes, often directly on site, in order to make a decision regarding the concrete order. The use of the above mentioned large systems (using the planning department, for example) introduces, according to contractors, too many complications here.

From the perspective of the entire investment process, it can be seen that BIM is a technology in which the design stage is privileged over the execution stage. We have developed sophisticated tools for designers that require knowledge of BIM technology and operating skills. It seems that one of the ways to broaden the use of BIM in construction is to develop adequate, specialized and relatively easy to use BIM tools for construction workers who lack that specialized knowledge.

About the Author: Andrzej Tomana