Whether it’s a soaring skyscraper or a humble underpass, every infrastructure project is affected by what’s underfoot: The contours and composition of the ground at a build site influence factors ranging from drainage requirements to footing depth to seismic safety. Bentley Systems, focused on providing software solutions for “advancing infrastructure,” has moved to expand its software portfolio in a down-to-earth direction.

During its 2018 Corporate Update conference call, Bentley Systems announced the acquisition of Plaxis and SoilVision, with the goal of integrating geotechnical engineering into digital workflows for infrastructure projects. SoilVision is a provider of soil engineering software, and Plaxis is what Bentley Systems CEO Greg Bentley termed “a household name” in the world of geotechnical software.

By bringing these two companies into the fold, Bentley Systems hopes to complete its reach across all the engineering disciplines for infrastructure, said Greg Bentley, and address “the subsurface conditions that literally everything else depends upon.” They will join Bentley Systems’ existing geotechnical and geo-environmental product, gINT, which provides centralized data management and reporting for geotechnical subsurface projects.

“What’s significant to me,” said Greg Bentley, “is that geotechnical modeling has, to date, missed being part of the digital workflows in BIM.” (That may be because geotechnical applications have typically followed a less graphically intensive development path, leaving them isolated from cross-discipline workflows, he noted.) He believes that there are great opportunities to be realized by incorporating geotechnical modeling into building information modeling (BIM), such as improving asset resilience to landslides and earthquakes. 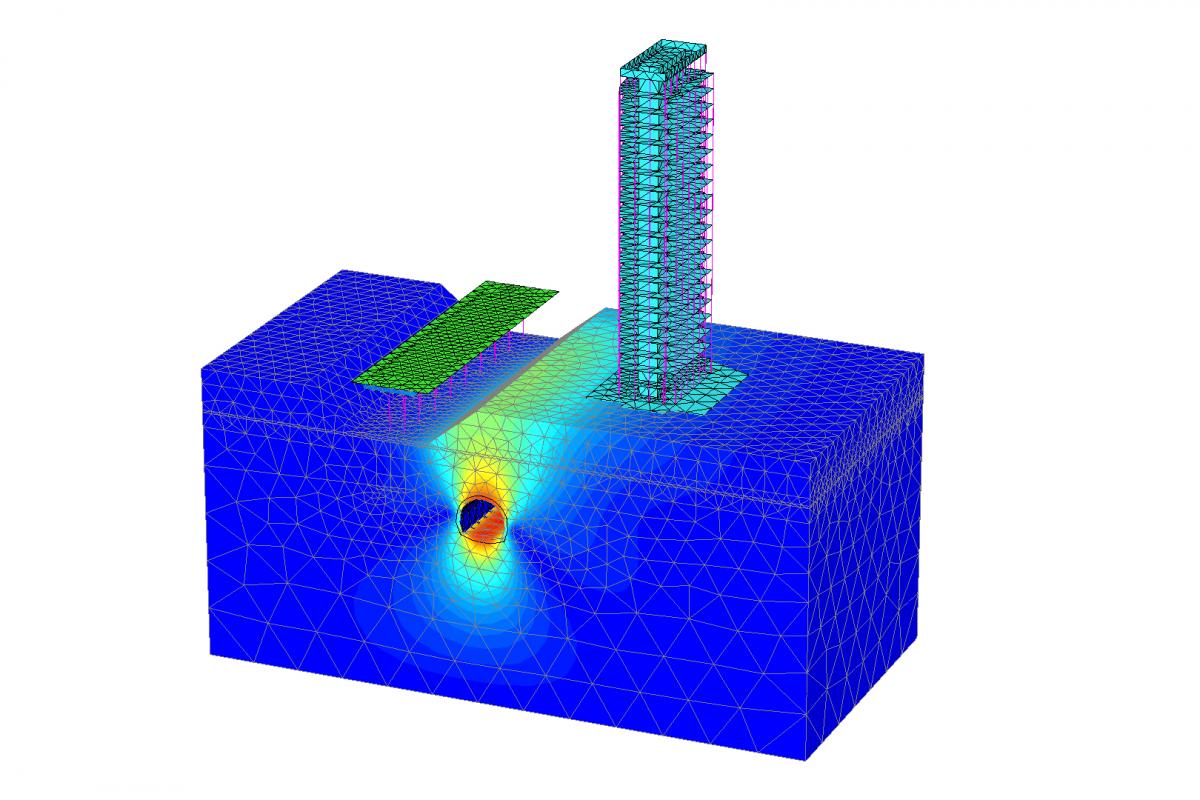 According to Bentley Systems, infrastructure workflows that are based on its software portfolio will now begin with gINT, which will document data from geotechnical surveys and sampling, and create reports on it. After this will come SoilVision’s SVOFFICE applications, which support engineering related to soil properties, soil behavior, and groundwater flow. Plaxis design, simulation, and engineering applications such as PLAXIS 2D and PLAXIS 3D will then be used to analyze interaction between the soil and the structure. The geotechnical applications will be integrated with Bentley’s structural applications (such as STAAD, RAM, and SACS) via Bentley’s common data environment. And as the project changes, geotechnical analysis could be applied on an ongoing basis, and managed through Bentley’s ProjectWise collaboration services.

While the news about Bentley’s geotechnical acquisitions was notable, so was the means by which it was announced. The company’s Corporate Update call was a regular annual event through 2014, then absent until 2018. ”Our annual corporate communications cycle has been different in the intervening years,” acknowledged Greg Bentley.

The reason for that hiatus was preparation to go public. After 31 years as a private company, in 2015 Bentley Systems filed for an initial public offering (IPO) of its stock. The “quiet period” required by the U.S. Securities and Exchange Commission in advance of an IPO meant the company issued no annual reports or calls until the IP window closed in fall 2017.

“We’re not currently working on or waiting for an IPO,” Greg Bentley confirmed. A public listing not a priority for the company at this time, and Bentley Systems does not need to raise capital, as financing for even large acquisitions is “readily available” to the company, he continued.

“Our priority has been to create a reasonably transparent market for the sale of shares by the hundreds of our colleagues who have collectively earned about one-third of the company’s ownership through our important program of broad-based stock option grants from the outset. And we especially want to afford prosperous retirement for the many of them who have been at Bentley Systems for now approaching thirty years,” he explained.

To provide liquidity for its option holders, Bentley Systems now takes a path used by many other software and technology companies, and trades shares twice per year on the NASDAQ private market. In these trades, “Siemens has been a steadfast buyer,” Greg Bentley reported.

As the two companies have intensified their collaboration in recent years, some industry insiders have speculated that Siemens may buy Bentley Systems, and that is indeed happening — in part. “Over the last two years, Siemens has cumulatively acquired shares representing now about a 9% ownership stake, and Siemens plans to continue so investing. We’re proud of Siemens’s confidence in our future,” said Greg Bentley. He pointed out that Siemens holds nonvoting shares, and holds them indefinitely, in a long-term investment stake. “Bentley Systems and Siemens are in fact co-investing in many interesting opportunities for going digital and advancing infrastructure.”