Ads help support our ability to provide you all our articles and papers at no cost to you. Thank you for your consideration and support.
Sponsored Content
Digital Twin

Network Rail, which owns, operates, and develops Britain’s railway infrastructure, won a Special Recognition Award for Advancing Virtualization through Digital Twins Network Rail for its project submission. Network Rail’s Wales and Western Region (NR WW) is responsible for the railway network serving the communities and businesses of Wales, the Thames Valley, West of England, and the South West Peninsula of the United Kingdom. With 122.5 million passengers traveling through it each year, the region directly serves Europe’s busiest airport, London Heathrow, and transports commuters to key employment hubs, including London, Cardiff, Bristol, and Exeter, and services running to Birmingham, Manchester, and Liverpool.

With responsibility for 2,700 miles of track, 5,841 bridges, 1,750 level crossings, and 4,500 signals, NR WW’s 5,000-plus employees needed software capable of supporting the business processes that allow them to provide a safe, reliable, and high-performing railway every day. NR WW wanted an innovative way to meet these goals, which became more important than ever when the COVID-19 pandemic turned the usual way of working on its head. Despite the UK government designating rail professionals as key workers, restrictions on the movement of personnel as a result of the national lockdown in the first half of 2020 demanded a different approach. NR WW needed innovative thinking, agile digital transformation, and strong teamwork to overcome the day-to-day challenges that they faced in the current new normal.

Two projects where movement restrictions impacted the team’s traditional way of working were at Exeter and London’s Paddington stations. At Exeter, without the ability to engage in face-to-face meetings with the development team, zero familiarity with the location, and limited information from which to produce a viable result, NR WW’s team was required to model the station in 3D for the purposes of signal sighting. At Paddington Station, upcoming wayfinding renewals to improve signage visibility and commuter navigation required the cataloguing of more than 100 elements of existing signage and an accurate layout of the station to develop and devise new signage.

For Exeter, the process of collaboratively creating a model of the station began with the team gathering and referencing all the information that they had available, including LiDAR and point-cloud data, in MicroStation. Their digital workflow continued with the creation of a digital terrain model using scalable terrain functionality in Descartes, with further detail added by cross-checking results with point-cloud data to produce an accurate representation of the site. Over the course of three days, a comprehensive model of the station — including track, ballast, and sleepers, as well as signals generated using OpenRail Designer — was created.

At Paddington, NR WW conducted extensive point-cloud scans of the station layout and all assets. Due to the sheer scale and density of the point-cloud data captured, Descartes was then used to cut, manipulate, and walk through point-clouds of varying densities, while slice thicknesses enabled the model to be generated with the right level of accuracy, in a fast and efficient manner. Without a digital workflow and Descartes, model creation would have taken significantly more time to complete, with a lower level of confidence in its accuracy. 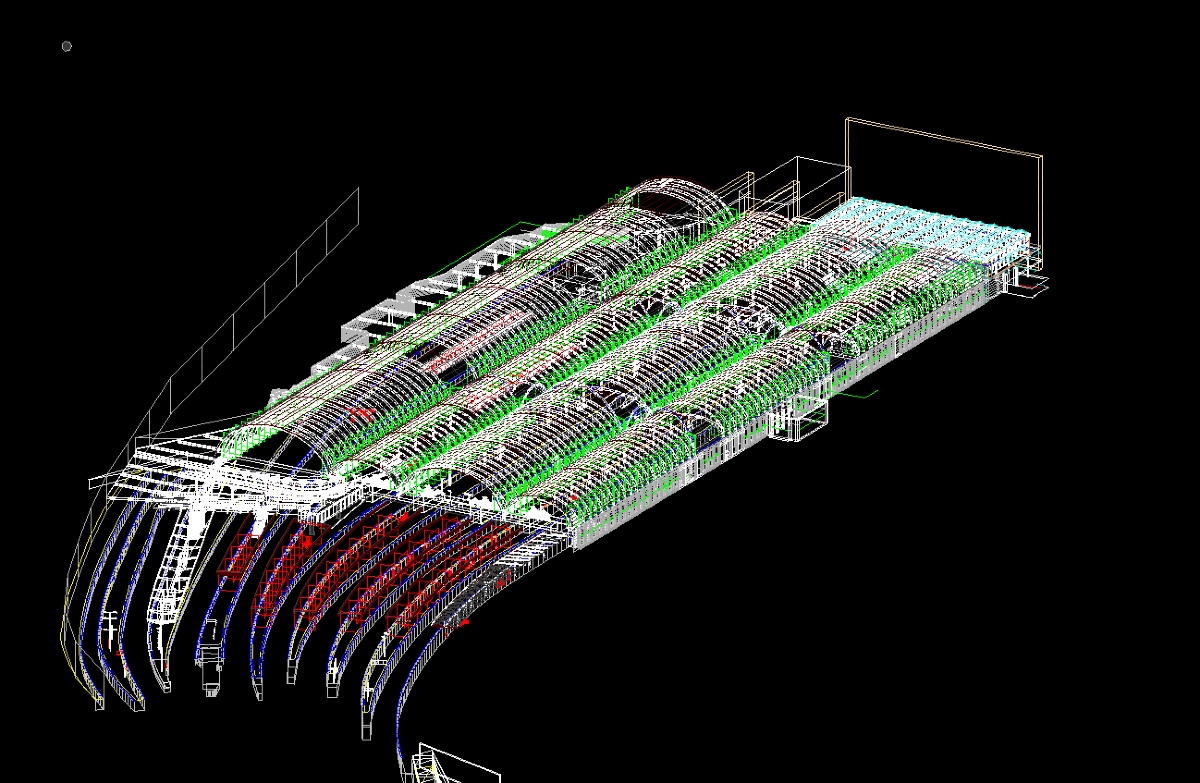 “Network Rail aims to be at the forefront of digital twin development,” said John Nolan, programme manager BIM at Network Rail. “Bentley technology has enabled Network Rail to capture the real-world state of a project and mirroring it in a virtual world, creating digital twins of Exeter and Paddington Stations, that in addition to addressing the requirements of the projects for which they were first conceived, provides a valuable digital record of assets that can be utilized for many other projects in the future, reducing the need for further site visits, inevitable delays, and unnecessary cost.”

In the case of Exeter Station, the model that NR WW created within three days was both visually and technically accurate and would not have been possible without the variety and flexibility offered by Bentley technology. The results were not only of sufficient quality to signal site remotely, but it also enabled the team to perform digital site visits for design reviews, allowing further stakeholder engagement and more informed decisions without the need for anyone to leave the safety of their own homes.

As a result of producing a digital twin of Paddington Station, NR WW ensured the future resource hours that were needed to perform tasks, such as surveys, site visits, and design work, were reduced. In turn, they saved significant costs and reduced risk. Specifically, their use of digital workflows within Descartes meant that the amount of time needed to manipulate point cloud data was cut by around a half, resulting in delivery of the model approximately a month ahead of schedule, and ensuring future work and further investment in the modeling team.

The fast and efficient creation of these digital twins for signal sighting and way finding proved that even during a global pandemic and resultant lockdown, it was possible for them to provide services that go above and beyond the expectations of Network Rail’s clients and stakeholders.