The Community Contributes to Better Architecture and Engineering

OpeningDesign and the Open AEC Challenge seek to end isolation and promote collaboration among designers.


A few years ago, I had the pleasure of interviewing Ryan Schultz for an article about open- and crowd-sourced architectural design that featured his Chicago-based firm, Studio Wikitecture. At the time, Studio Wikitecture was experimenting with crowd-sourcing architecture via the online world known as Second Life. The firm's goal was "to work out the manner by which a group of geographically dispersed individuals can come together to share ideas, edit the contributions of others, and to vote on the success or failure of proposed design iterations."

Studio Wikitecture remains active today, but Schultz has continued to evolve his vision of collaborative design. He founded the recently launched OpeningDesign.com, billed as "a social, open-source platform to co-design and co-work with fellow architects and engineers."

"About five years ago," said Schultz, "I got into reading about open-source software development and [realized] how really unexpected or ironically successful it is when the content layer … is not owned by anyone, but still you can have this decentralized group of people working on that content." That excitement led Schultz to wonder if the approach could work with architecture. He began evaluating design through the lens of a successful open-source project; i.e., it must be modular, divisible into quantifiable chunks of information, and digital (to encourage sharing and modification).

With OpeningDesign, Schultz is trying to "create an open community of AEC professionals asking and answering technical questions, exchanging feedback on designs and details, and sharing content," with the ultimate goal of creating a bottom-up structure for 3D design. He cites Autodesk Seek and the National BIM Library as examples of top-down platforms where CAD and BIM (building information modeling) objects already exist in a library for designers. His vision is to have practicing architects or engineers that have been developing BIM and CAD objects for their own design projects share those objects with the design community, host them on OpeningDesign, and have other architects refine and vote on them in a way that elevates the overall quality of design. 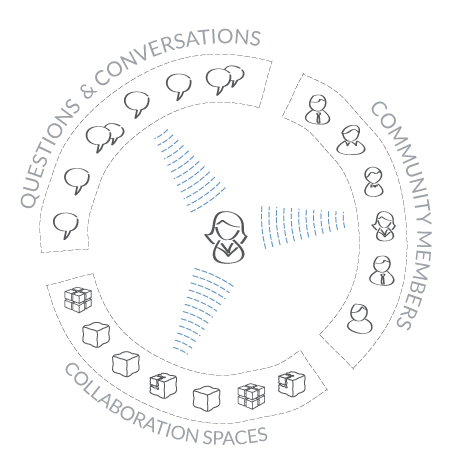 OpeningDesign is a community of AEC professionals who collaborate beyond their own projects via an open-source platform that offers content sharing, design feedback, and answers to community-posed design questions. Image courtesy of OpeningDesign.com.


To inaugurate OpeningDesign, Schultz currently is hosting the OpenAEC Challenge on the site. The architectural competition is based on how well participants collaborate, integrate, and build on each other's ideas, not how well they design in isolation. As stated on the OpeningDesign site, "The sole purpose of this Challenge is to abolish a pervasive myth undoubtedly shared by a vast majority of architectural students around the world: That real-world buildings are designed by a sole, mastermind architect, working in isolation."

Even the smallest building requires a vast amount of professional collaboration, he says, but the myth is implicitly endorsed by educators when students spend entire semesters designing in relative isolation, separated from other students of architecture as well as other building disciplines. "With the OpenAEC Challenge," he says, "we hope to provide a means by which AEC students throughout the world can gain a more realistic picture of the construction industry and have an opportunity to experience, firsthand, the necessity of cross-discipline collaboration in the profession." 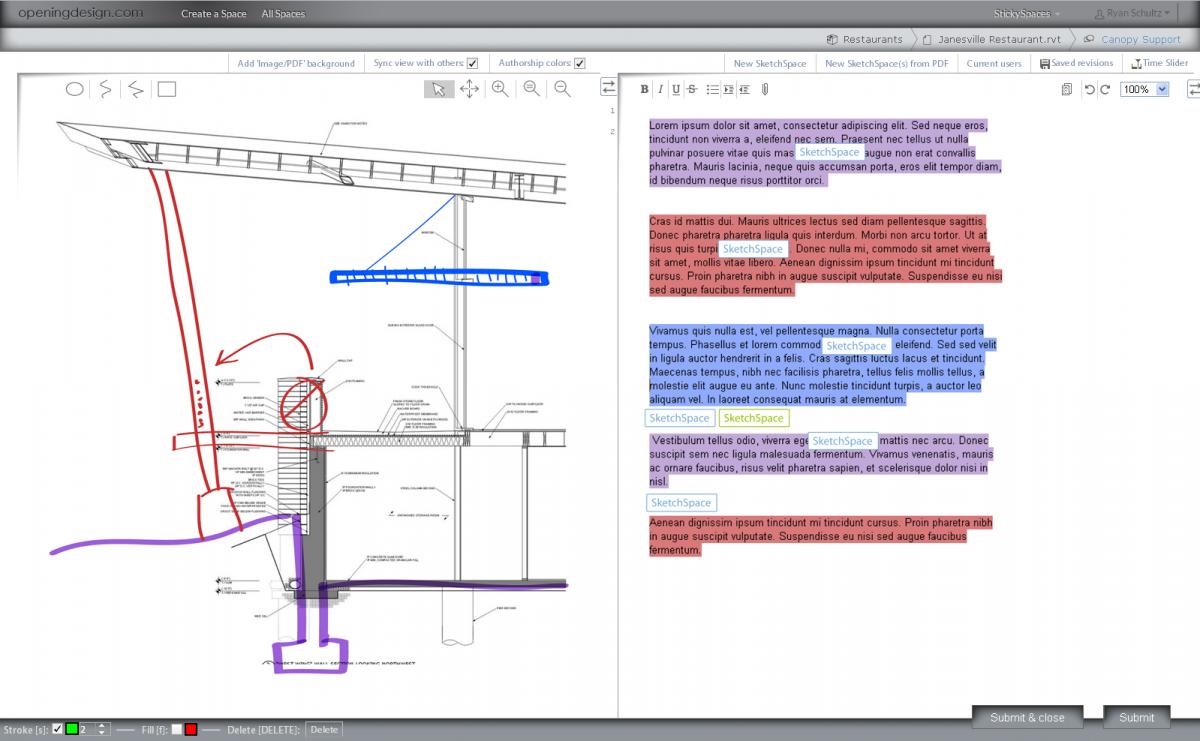 OpeningDesign is built on the Ruby on Rails web application platform, which allows community members to track a design by member and version as it evolves. (Click image to enlarge.) Image courtesy of OpeningDesign.com.


The OpenAEC Challenge comprises eight two-week charrette phases scheduled over the course of the fall 2012 college semester. The goal of the competition is to create a master plan for a "diversified sustainable agricultural enterprise" at Flocktown Farm in New York. Ecological design principles built around cross-disciplinary collaboration are the focus for developing Flocktown's sustainable agriculture, agritourism, and social enterprise.

The Challenge isn't over yet, but Schultz says that it has already yielded a notable success by attracting a diverse group of student participants, from a studio class at the University of Denver to a designer in Iran. Their work is tracked and revised throughout the process and entrants are encouraged to use the site's real-time sketching and whiteboarding tool, SketchSpace, to encapsulate arguments for adjusting the program throughout the duration of the Challenge. At the end of each charrette phase, participants vote on a scale of 0 to 360 according to a set of collaboration guidelines. The winner ultimately will be the individual or team that is best able to take suggestions from others and incorporate them into the project.

While the main focus for OpeningDesign at present is its Open AEC Challenge, Schultz says that hopefully, over time, OpeningDesign.com will build up trust in its platform and mechanisms to enable freer sharing among design professionals in addition to students. "It seems like every other industry is being really disrupted by the bottom-up approach es enabled by the Internet," Schultz noted. "The disruptions in the publishing and music industries, for example, largely sprang from Internet platforms that enabled a more bottom-up activity to flourish," he said. "The big question is what can architecture, an industry ripe for change, learn from the decentralized approaches of other Internet-based industries?"

This fun video, narrated by founder Ryan Schultz, provides an overview of OpeningDesign.