Find out what additive manufacturing is, how it’s used, and where the technology is leading.


In 1983, an engineer working on UV curable resins had an epiphany. What if, instead of using resin as a coating, it was poured and cured in layers, to create an object? The engineer was Chuck Hall; the stereolithography process he patented became known as 3D printing. Now, 3D printing is a fast growing industry with billions in annual revenue.

Until 3D printing, there were two primary factory-based methods of producing objects, formative and subtractive. Formative uses processes including molding, casting, and stamping. Subtractive refers to milling and related ways to carve away material to shape a part or product. Now there is a third process, additive. It is a layering process in which a “printing” device is guided by a computer using shape data originally created in a CAD program. Think of it as an inkjet printer that spews out material instead of ink, piling layer upon layer to build up an object. 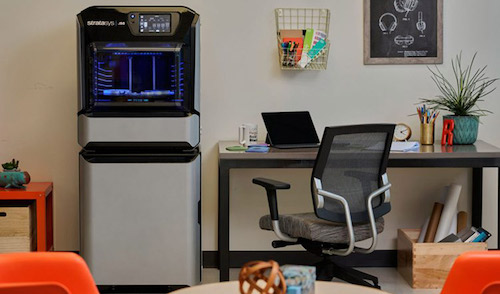 There are four main steps in any 3D printing process. The first is design, to turn an engineering team’s ideas into a digital model. The second is preparation of the design data for the 3D printing process, known as preprocessing. Every CAD program and every brand of 3D printer have different methods of creating and consuming data, so preprocessing is needed to match art with process.

The third step in AM is the actual printing of the object. Depending on the part, the material, and the process, this could take minutes or days.  The fourth step is post-processing, the use of various physical processes to turn the printed part into a complete part. The exact post-processing steps vary by the printing process and material used, but often include polishing, debinding, and removal of artifacts required for the build process.

The four steps of 3D printing are possible due to the unique integration of technology innovations in three distinct fields:

From Prototyping to Part Production

HP is well known as a maker of computers and printers. A few years ago it entered the AM industry, and in doing so became a case study for its own technology. The cooling duct in the HP 500 Series 3D printer was originally designed as several pieces to be assembled. The engineering team then converted the duct design to be printed as a single part. The design change reduced production costs by 30%.

Good news travels fast; other HP divisions heard about the innovation and followed the AM division’s lead. For example, the HP 1200 Digital press team says its use of 3D printed parts led to an 80% cost reduction and a 91% assembly reduction.

The HP innovation points to a major reason for using AM: it becomes possible to create parts that cannot be built with other fabrication methods. Solid part walls can be converted to meshes, saving weight and materials. Shapes too complicated for casting or other methods are not a problem for 3D printing processes. Traditional manufacturing methods are often a best attempt to achieve design intent; 3D printing allows for 100% accurate representation of a design.

Plastics are the most commonly used material for 3D printing, while the use of metal and composites is increasing rapidly. For many years, the 3D printing vendor was the only source of materials, but demand is increasing for vendors to work as part of a larger open ecosystem of materials research and production. 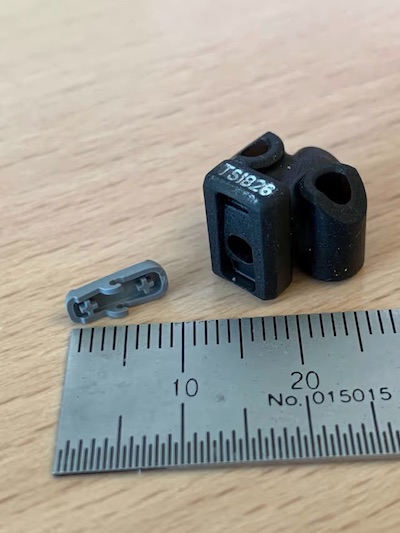 The traditional factory processes in common use today have been fine-tuned over generations. They offer process repeatability, part durability, efficient workflow, and low operational costs. All these processes predate the digital revolution.

These traditional processes also include significant upfront production costs, high labor costs, and a variety of safety issues. There is considerable pressure on manufacturers to innovate, for a variety of reasons. These processes are often not ecologically sustainable (for example they often have a lot of waste from production and it’s not reusable or recyclable), they have high sunk costs and high maintenance costs. It can take months for a factory to retool when it needs to produce something new.

These processes are designed to produce thousands or millions of the exact same part or product. The modern consumer, whether it is an individual or another manufacturer, is increasingly demanding custom products. This requires manufacturers to bring both speed and agility to the production process, something not possible with traditional manufacturing processes.

The industrialization of AM will allow companies to respond to these demands with digital speed and accuracy. Digital processes such as 3D printing drives down operational costs. The more pervasive the new processes, the more speed and agility a company can offer.

The companies behind AM today are pitching their various solutions as the strategic backbone of industrial innovation.

This is all very disruptive, but as we have learned in other aspects of engineering and manufacturing innovation, the prize goes to those who gain competitive digital advantage. AM business analyst Dr. Wilderrich Heising of Boston Consulting Group sees a shift taking place in AM: process automation is driving new speed capabilities. The ability to “increase build rate by up to five times at the same quality,” Heising says, translates into a total reduction of machine cost per part by more than 50%. “Every player needs to redefine its strategy,” Heising says. Speed optimization drives AM to break-even production costs at ever higher volumes.

Automotive manufacturer Audi (a division of Volkswagen) say their increased use of 3D printing is as much driven by labor costs as by research innovation. Lux Research claims there has been an exponential increase in the number of patents and published research on polymers and metals for industrial AM and “positive accomplishments” in AM software innovation. 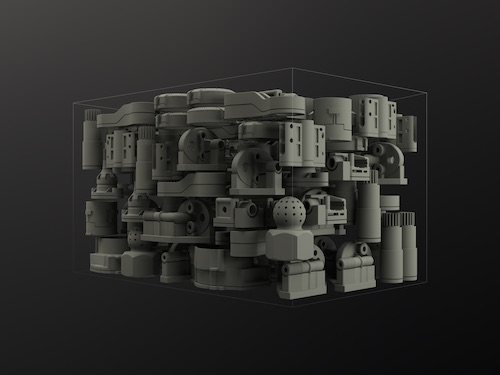 Some 3D printers allow a set of parts to be printed at the same time, like this arrangement for the Desktop Metal Shop System. Image source: Desktop Metal.

Some of the largest 3D printer vendors, including 3D Systems, EOS, and Stratasys, are now offering platform-centric solutions, where a series of machines for fabrication and post-production work as a single unit.

The innovation of manufacturing must start with innovation in design. Existing CAD and simulation products bring efficiency to individual steps in the industrial process. There are a variety of new ideas and products bringing new software designed to create parts optimized for 3D printing. When implemented, they will offer superior performance at lower costs. The need for prototypes will be reduced. Parts will be optimized at the pixel stage for strength and weight. Data will be able to flow from initial concept to part certification.

All this innovation in manufacturing won’t happen by accident. AM process innovation is leading to what some are calling the Digital Factory. These new production systems require new materials, new fabrication processes, and new software tools to streamline and guide performance.

The 3D printing industry is filled with tales of engineers and product designers discovering innovating applications not envisioned by 3D printing manufacturers. New products, new factory processes, new business models, and even new companies will be the natural result for those who embrace this new digital approach to manufacturing.

Additive Manufacturing, Part 3. Back to the Moon with Implicit Modeling and Additive Manufacturing. Case Study: Aerojet Rocketdyne uses metal 3D printing technology from Velo3D and implicit CAD modeling from nTopology to make a critical flight component lighter, smaller, and much less expensive than its predecessors.