Case Study: When these two companies hit roadblocks in their design process, they turned to 3D printing.


Some say the definition of insanity is doing the same thing over and over expecting a different outcome. In manufacturing, the corollary might be continued reliance on traditional manufacturing techniques and expecting them to handle innovations in design and materials.

Here are two companies who are designing innovative products, but hit a roadblock when it came to manufacturing capabilities or costs. In both cases, turning to additive manufacturing (3D printing) gave them the ability to extend their innovation beyond design and into final production and beyond to the supply chain. 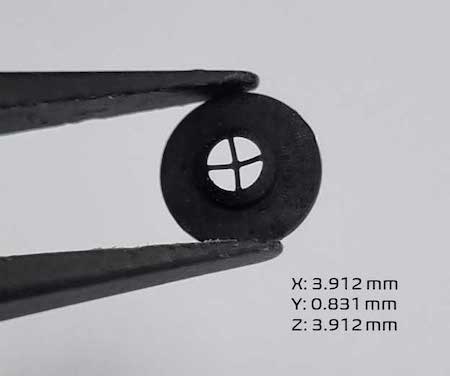 MultiVu engineers struggled to find the best way to manufacture this tiny holder for two lenses that work in tandem for an innovative form of 3D imagery. Moving from traditional fabrication to additive manufacturing using technology from Nano Dimension allowed MultiVu to move from design to final functional prototype in only three quick iterations. Image source: Nano Dimension.

MultiVu is a small company attempting to reinvent 3D imaging with innovative camera technology. Based on research at Tel Aviv University, MultiVu is designing a new sensor camera based on three distinct elements: a proprietary lens design, a unique optical filter, and deep learning algorithms. The goal is a single camera unit that can be customized by software for a variety of applications. The same basic hardware could be used for mobile phones, medical devices, machine vision, and security; only the software will be modified.

The MultiVu team is now working on the first physical prototype. One early challenge was to decide on a manufacturing technique for the various parts. One part in particular was making things difficult, a plastic element to be assembled between two custom lenses. Full prototype functionality required a perfect fit with the lenses.

Traditional plastics manufacturing approaches, including CNC, proved unable to make a part with perfect fit. Creating the part from a mold would be very expensive, as there would be several iterations of the part before finding a perfect fit. (For final production, injection molding could be considered because of lower prices for long manufacturing runs.)

The team’s knowledge of 3D printing led them to believe the part they needed was too small for any existing 3D printing method. They also thought no 3D printer existed that could work with the right material offering the right mechanical properties and the right precision.

That mindset changed when MultiVu researchers learned about new micro additive manufacturing technology from Nano Dimension. The MultiVu team showed Nano Dimension their project, which put its Fabrica team to work on a solution.

Working with the MultiVu designers, the Fabrica team created the first prototype in a few days. Tests showed the test part gave an 85% fit of the part to the lenses. Three additional iterations (including design tweaks) got them to a final, acceptable part. Each part was printed for a “few tens of dollars” as one Fabrica team member said, “in a functional material with the required details, accuracy, and geometry.”

PGV of Karnes City, Texas, started as an equipment manufacturer for the oil and gas industry, but now also is a supplier to aerospace and various automation manufacturers. Looking to remain a top player in their field, PGV started looking at options to solve the long lead times and tooling costs of most parts they create. They also realized traditional methods lack agility — customers cannot respond to shifting demand if it takes months to prepare for production.

PGV immediately noticed the increased speed of production. Before converting to the Shop System, some of the oil/gas “down hole” tools required five machining processes, compared to the one pass of 3D printing and post-processing in the Shop System.

Tool slips are a common product for oil/gas exploration; they come in a variety of sizes and shapes. By converting from CNC to additive manufacturing using the Desktop Metal Shop System, parts manufacturer PGV saved up to 50% in time and labor costs on typical production runs. Image source: Desktop Metal.

Reduction of physical inventory was another early benefit. By opening the door to on-demand production, PGV has reduced parts inventory by up to 50%, depending on the customer. More designs are now stored as “digital warehouse” inventory, to be retrieved and printed as needed.

Downhold tool slips are a key component in one common oil/gas extraction method. Wedge-shaped slips with button shapes on the face are lowered into a well and pressed into place to bite into the inside casing of the well, forming a tight grip so the tool won’t release or move under pressure. Using the Shop System to create slips eliminates the need for tooling. PGV now manufactures these slips in far less time than it would take to machine the parts manually. There were no compromises in key materials characteristics such as strength, ductility, and hardness all meet or exceed existing standards. 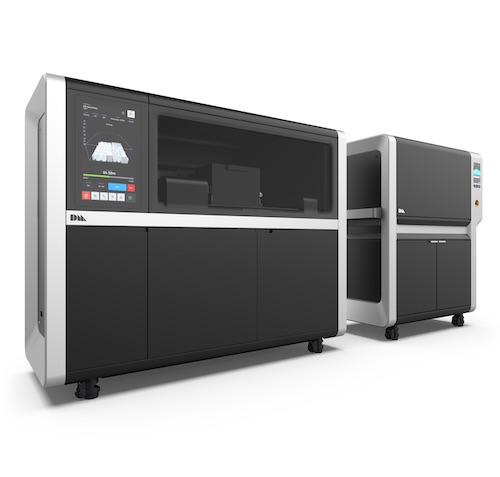 In all, PGV rarely needs to post-process parts. The company can now produce without tooling costs, and they can do so faster. For some processes, the company has reduced machining steps and labor costs by 50%. Lower inventories and faster production has allowed PGV to free up internal capacity to take on other production jobs.

Additive Manufacturing, Part 1. AM Leads Production to New Heights. Find out what additive manufacturing is, how it’s used, and where the technology is leading.

Additive Manufacturing, Part 3. Back to the Moon with Implicit Modeling and Additive Manufacturing. Case Study: Aerojet Rocketdyne uses metal 3D printing technology from Velo3D and implicit CAD modeling from nTopology to make a critical flight component lighter, smaller, and much less expensive than its predecessors.